Carbon fiber reinforced thermal polymers (CFRTP) find a lot of industrial applications owing to their superior characteristics such as, high specific modulus, high strength to weight ratio, low density and excellent fatigue resistance. Normally, complex fiber polymers structures are composed of different parts, therefore, joining the parts with metals would be a helpful approach for their application. A number of methods have been adopted for joining the fibers with metals including adhesive bonding, and mechanical and thermal joining.

Thermal joining is preferable owing to better environmental adaptability and a more uniform stress distribution as compared to the counterpart mechanical joining. Laser joining is a thermal joining technique with a handful of advantages including low thermal effect, high efficiency and non-contacting.

Most of the previous studies focused on experimental analyses, but only a few focused on CFRTP-metal joining mathematical model establishing as well as thermal behavior numerical simulation. Numerical analysis can be very helpful in understanding the fiber-metal joining mechanism.

Dr. Junke Jiao and colleagues at the Ningbo Institute of Materials Technology and Engineering, Chinese Academy of Sciences established a mathematical model of carbon fiber reinforced thermal polymer-stainless steel joining with lasers and simulated temperature distribution using the finite element method. They as well studied the relationship between the melting depth, width and joining parameters. Their work is published in peer-reviewed journal, Journal of Materials Processing Technology.

The authors picked a 3mm thick carbon fiber reinforced thermal polymer plate with 7 layers of carbon fibers and 8 layers of PPS. Laser energy is absorbed as the laser beam irradiates on the surface of the stainless steel. The heat is transferred to the CFRTP-steel interface and melts the resin matrix. The first PPS layer melts and adheres to the stainless steel. The CFRTP-steel joining is as a result of intermolecular forces between the steel and the melted resin matrix.

In the mathematical model, the authors assumed that there were no air bubbles and gaps between the CFRTP and the stainless steel. They maintained the absorption depth of the steel to fiber lasers at 10µm such that the laser energy was treated as a surface heat source. In process, the laser energy is absorbed by the steel producing a welding pool in the stainless steel surface when the temperature was higher than the melting point. It was found that the simulated melting size of the steel was in agreement with the experimental results.

The first layer of PPS should be melted completely without thermal decomposition in a bid to achieve a high joining strength joint. Melting depth was an important melting condition and melting width was equally necessary for enhancing the joining quality.

The shear strength of the joint increased at first then dropped with increasing laser power. Increasing the laser power led to thermal decomposition, therefore, producing air bubbles that reduced the contact area between stainless steel and the fiber. This affected the integrity of the joint. Increasing the welding width increased the joint shear stress first and then dropped sharply. For a small width, the matrix didn’t melt sufficiently and the bonding strength was small. For a large width, there was needed high power density laser which caused joint defects thus reducing the shear stress. A width of about 5.5mm gave the highest shear stress. 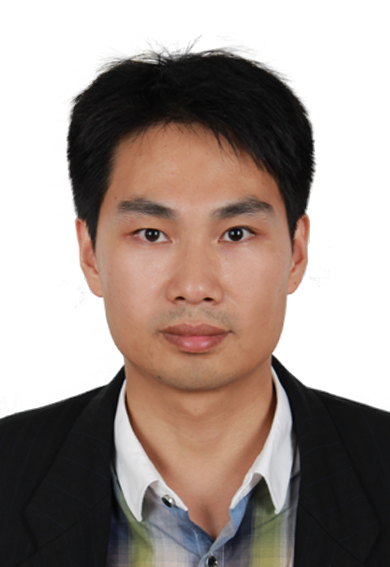 Junke Jiao, PhD, Senior Engineer in Ningbo Institute of Industrial Technology, Chinese Academy of Sciences. Graduated from Huazhong University of Science and Technology, and got PhD in laser material processing major. He has been investigated the laser material processing technology more than 10 years, and his research interests include laser joining, laser cladding, laser micro processing. More than 30 papers have been published in Journals and 6 patents have been authorized.