Orthotropic steel decks (OSDs) consist of a complex network of longitudinal stiffeners, transverse stiffeners, and the deck plate itself. OSDs are widely used in long-span bridges due to their advantages which include lightweight, high strength, rapid construction, and durability. Due to vehicles cyclic loading, fatigue cracks initiate at different locations in the decks, especially at welded joints. Among the different welded joints, rib-to-deck welded joints are considered hot spots in OSDs. Research has shown that fatigue cracks frequently initiate at rib-to-deck joints, often from the weld root, and propagate either into the deck plate thickness or through the weld. Since these cracks are not detectable by visual inspection, the non-destructive inspection technique can be used for detecting such cracks. However, this inspection technique is a time-consuming process where cracks can be detected after they have propagated largely.

Since residual stress (RS) is a key parameter that influences fatigue crack initiation and propagation, various techniques are available for measuring RS where they range from non-destructive, semi destructive to destructive techniques. One popular approach involves measurement of the RS using the neutron diffraction method, but the limitation of using a small diameter range of the applied beam and the high cost involved prohibit its widespread use. More so, using this technique for welded specimens represents a challenge to determine the stress-free lattice parameter because of the compositional and microstructural variations introduced due to welding. In addition, other alternative RS measurement techniques such as the hole drilling and deep-hole drilling methods are limited to specimen geometry where they are mostly used for simple geometries.

Therefore, to predict the location of fatigue crack initiation at the weld root of a rib-to-deck joint, a full map of induced RS distribution at the weld root is needed. A review of published literature further shows that many of the RS measurement methods cannot provide adequate RS distribution maps. An alternative approach involves the contour method. The contour method is a stress relaxation-based method where RS is determined by measuring the resulting deformation on the cut surface. So far, many researchers have investigated the fatigue behavior of rib-to-deck welded joints in OSDs. However, very few studies have focused on measuring RS at the weld root of rib-to-deck joints in OSDs where the contour method was not used for measuring RS for such joints. It is necessary to have a full map of the induced RS distribution at the rib-to-deck weld root as RS has a significant influence on fatigue crack initiation and propagation. On this account, researchers from the Osaka University in Japan: Dr. Ramy Gadallah and Dr. Seiichiro Tsutsumi, together with Mr. Takayuki Yonezawa and Dr. Hiroshi Shimanuki at the Nippon Steel Corporation in Japan, proposed to provide full-field 2D maps of measured RS at the weld root as well as through the deck plate thickness for rib-to-deck welded joints. Their work is currently published in the research journal, Engineering Structures.

In their approach, two different cutting techniques were performed at the weld root to examine their influence on the distribution of mapped RS. A fully automated data processing code was developed to prepare and treat the raw measured displacements where the smoothed displacements were printed out as constraints normal to the cut surface. Linear elastic calculations were carried out to map RS distribution across the cut surface. Different boundary conditions (BCs) cases were also studied to examine their influence on the resulting energy as well as RS distribution.

Based on the above approach, the results obtained provided full 2D maps of RS distribution across the cut surface. In addition, the results revealed compressive RS was induced at the weld root for the two cutting techniques. The researchers also noted that the applied cutting techniques influenced the distribution of mapped RS. Further, the examined BCs cases showed a small influence on the resulting energy while they had a negligible impact on the general distribution of mapped RS. Moreover, 2D maps were obtained by means of the plane strain condition to provide a general image of RS distribution, especially at the weld root.

Hiroshi Shimanuki received his PhD degree from Osaka University, Japan in 2001. He is currently working for the Nippon Steel Corporation.

His research interests focused on the performance of steel products against various types of fracture. 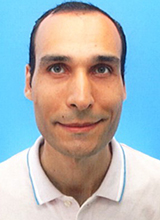 Takayuki Yonezawa completed his master’s degree at Osaka University, Japan in 2014. He is currently working for the Nippon Steel Corporation. His research interests include residual stress, fatigue, and fracture of welded steel structures. 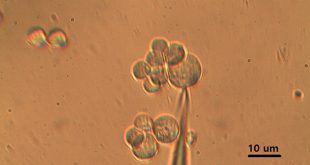