Method to penetrate through the overdense plasma sheath

The reentry plasma sheath is formed as a result of the high heat and high pressure within the bow shock when a space vehicle reenters the atmosphere with a hypersonic velocity. This further results in a microwave signal barrier for communication and is common when space vehicles are reentering the atmosphere at hypersonic speeds. It is extremely important to mitigate the communication blackout issue, and numerous solutions, including the electromagnetic wave (EMW) penetration through an overdense plasma, have been proposed. However, there is no good solution to solve this issue practically.

Employing electron acoustic waves (EAW) has emerged as an alternative blackout mitigation method. EAWs exist as a two-temperature electron population in the plasma and at a lower frequency than that of plasma oscillation, a complementary to the propagable EMWs whose frequencies are generally higher than plasma oscillation frequency. Previously, research based on the uniform plasma model and EAW-EMW transition at the plasma boundary reported the difficulty of achieving uniform reentry plasma sheath. Additionally, replacing the uniform model with a nonuniform one results in different wave propagation and transition. Even though different wave modes are decoupled in uniform plasma cases, recent research has revealed the possibility of converting and coupling the wave modes in nonuniform plasma.

On this account, Dr. Jiahui Zhang from Xidian University, School of Aerospace Science and Technology, investigated the mode conversion in nonuniform plasmas with a two-temperature electron population. Specifically, he carried out electromagnetic fluid numerical simulations to examine the linear mode conversion between EMW and EAW in unmagnetized nonuniform plasma sheath with two-temperature electron populations. The work is currently published in the journal, Physics of Plasmas.

In his approach, a two-dimensional (2D) wave simulation model was developed, and the simulation parameters were selected based on the electron density distribution with a symmetric Gaussian profile. A two-temperature electron population environment was created by injecting hot electrons using electron guns. The high-frequency wave fields were governed by Maxwell equations, continuity equations, and the cold hot-electron momentum, while the dispersion relations of both the longitudinal and transverse waves took into account the collision effects. A detailed examination of the EAW propagation was obtained by setting the appropriate mesh size of the plasma sheath in all the plane directions.

As is shown in the Fig.1, the author found out that the plasma sheath demonstrated first and second EMW resonant positions. The first EMW resonant position played a crucial role in the stimulation of EAW, while the second one was vital for achieving electromagnetic radiation from EAW. A channel was opened in the overdense nonuniform plasma sheath for EMW due to the mode conversion and EAW propagation.

In summary, the study presented a numerical simulation of EMW penetration through a nonuniform plasma sheath with two-temperature electron populations. The penetration process was analogous to the operation of the electromagnetic radiation systems because it exhibited first- and second-EMW resonant positions that were very significant for stimulation and conversion of the EAWs. Some of the factors influencing the mode conversion efficiency, such as the absence of the low-density region, the energy dissipation caused by Landau damping and high collision frequency, were discussed. The presented approach was more applicable in the plasma region with low collision frequency. However, in a statement to Advances in Engineering, Dr. Zhang explained the simulation of the EMW-EAW mode conversion based on the kinetic theory is essential and would pave the way for more advanced future research to solve the communication challenges of space vehicles.

Dr. Jiahui Zhang is currently working for Xidian University in China. He received his PHD degree from University of Science and technology of China in 2017.

His research interests focused on the interaction between electromagnetic waves and plasmas involving the communication blackout mitigation. The ion cyclotron heating of fusion plasma is another main research direction for him.

Go To Physics of Plasmas 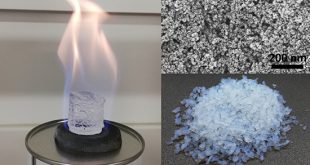