The innate ability of cells to respond to a wide range of internal and external stimuli is of great significance in tissue engineering and regenerative medicine. The mechanical cues could be in the form of active cell stimulation by imposing various forms of stress and strain or passive substrate cell interactions like variations in the local microenvironment. By applying various external stimuli, it is possible to direct stem fate to achieve controlled targeted differentiation effectively. In addition, mechanotransduction processes have also drawn attention for potential application in cellular differentiation, given their critical roles in the primary functions of a cell and therapeutic potential for tissue engineering.

Externally-driven dynamic mechanical stimuli have been extensively studied. The stimuli are mainly induced by vibrational excitation or cyclic pressure/stretching or laminar shear on the cells. Nevertheless, most of these studies have been limited to low frequencies (Hz-kHz), forcing extended treatment duration, typically above 7 days, often with biochemical stimulants. This is because low frequencies are characteristic physiological frequencies related to the motion of cells in their local environments.

Up to then, studies have however reported little osteogenic upregulation beyond 1 kHz, asserting little benefit of applying high frequencies beyond 1 kHz. Given however that MHz-order frequencies have recently provided new avenues for effective materials and fluids manipulation beyond conventional sonochemical and ultrasonic processes, it stands to reason that there is no compelling reason why high-frequency mechanostimulation at these frequencies might not be able to influence stem cell fate specification and regulation.

On this account, PhD candidate Lizebona August, Dr. Amy Gelmi and led by Professor Leslie Yeo from RMIT University studied the effects of 10 MHz surface reflected bulk waves (SRBWs) vibration excitation on human mesenchymal stem cells (MSCs) and its implication for osteogenic modulation. Compared with kHz-order mechanostimulation in the previous studies, the 10 nanometer amplitude high MHz-order frequency vibration excitation used in this study was not only physically different in nature but also induced a different mechanism for triggering the cell response. The work is currently published in the journal, Small.

The research team showed that short duration (a few minutes daily for 5 days) of high-frequency excitation of human MSCs resulted in early and long-term osteogenic lineage commitment in the bone marrow derived MSCs without chemical stimuli when applied at basal conditions, contrary to the reports in the previous studies. In addition to triggering the upregulation in early osteogenic markers, the high frequency-induced rapid treatment also sustained an increase in the late markers. Similar responses were observed in human MSCs derived from adipose and umbilical cord blood, confirming the efficacy of the proposed stimulation treatment for osteogenic differentiating. These observations were mainly attributed to the role of surface reflected bulk waves in triggering a perpetual shift in the human MSCs by activating the mechanosensitive ion channels as well as the modulation of the signaling pathway of RhoA protein kinase.

In summary, the study is the first to report the possibility of inducing and preserving the viability of osteogenetic differentiation in human MSCs via high-frequency mechanostimulation of four magnitudes higher than that used in previous studies. Given the low costs, simplicity and miniaturizability advantages of the devices and experimental setup, there is a huge possibility of upscaling the platform for practical bioreactors or integrating it with existing standard tissue cultureware to facilitate facile pre-treatment of human MSCs from multiple tissues sources before transplantation. In a statement to Advances in Engineering, Professor Leslie Yeo the lead and corresponding author said that beyond studying the intriguing fundamental mechanisms on how cells feel and respond to the high frequency stimuli, their findings would contribute to developing more efficient stem cell differentiation technologies for tissue engineering and regenerative medicine.

Lizebona August is a final year doctoral student in the Micro/Nanophysics Research Laboratory in the School of Engineering at RMIT University. She is investigating the effect of mechanical cues in the form of high frequency acoustics on mammalian cells. Her research is focused on acoustically stimulated exosome generation, stem cell differentiation, and in vitro barrier models. She is exploring acoustically stimulated mechanotransduction, in particular, secondary messenger molecules. She is keen to understand “how a cell talks to itself” and how we can be involved in this“friendly conversation”. Prior to RMIT, she completed her masters degree in India and worked as a research fellow in RnD of Scigenom labs and SCTIMST, India. She is a seasoned biotechnologist with experience in blood-brain barrier targeted nanoparticle development and monoclonal antibody synthesis using phage display libraries.

Dr Amy Gelmi is a Vice Chancellor’s Senior Research Fellow at RMIT University where her research explores applying external stimuli to control stem cell fate for tissue engineering. Her work spans dynamic biomaterials, material design, nanoscale characterization, and advanced fabrication. She is currently a lead chief investigator on an ARC Discovery Project for the stimulation of stem cells for tissue engineering. Dr. Gelmi received her Ph.D. from the University of Wollongong, and prior to joining RMIT held a Marie Skłodowska-Curie Fellowship at Imperial College London.

Professor Leslie Yeo is a Distinguished Professor of Chemical Engineering at RMIT University, Australia. He received his PhD from Imperial College London in 2002, for which he was awarded the Dudley Newitt prize for a computational/theoretical thesis of outstanding merit. Prior to joining RMIT University, he was a postdoctoral research associate in the Department of Chemical & Biomolecular Engineering at the University of Notre Dame, USA, after which he commenced a faculty position at Monash University. He also held the Australian Research Fellowship and Australian Research Council Future Fellowship from 2009 to 2017. Dr Yeo was the recipient of the 2007 Young Tall Poppy Science Award from the Australian Institute for Policy & Science ‘in recognition of the achievements of outstanding young researchers in the sciences including physical, biomedical, applied sciences, engineering and technology’, and several awards for excellence in research and innovation both at Monash and RMIT. Dr Yeo is co-author of the book Electrokinetically Driven Microfluidics & Nanofluidics (Cambridge University Press), and the author of over 250 research publications and 25 patent applications. He is also the Editor-in-Chief of the American Institute of Physics journal Biomicrofluidics and an editorial board member of several journals. 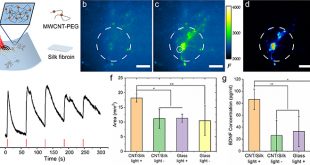