Present day wind turbines rise over 100m thereby occupying a substantial portion of the atmospheric boundary layer. As such, the turbulent flows around these gigantic structures impose unprecedented challenges for the research community to implement the knowledge from laboratory research at the utility scale. Wake loss, i.e. loss occurring due to turbine wakes, regions of low energy and high turbulence within wind farms, contributes to sub-optimal (power loss of 10%–20%) performance of turbines. Furthermore, wake-generated turbulence is a major source of fatigue loading, which drives premature component failure, results in expensive over-design criteria and limits the turbine and wind farm innovation potential. These wake characteristics and accompanying losses remain poorly understood.

Wind turbine wake is divided into a near wake and a far wake. The former is dominated by turbine-generated coherent structures, such as blade tip and root vortices, trailing vortex sheets, hub vortices and tower vortices and is strongly dependent on rotor properties and turbine operations. The interaction of these structures in the near wake affects the evolution and turbulent flow characteristics of the far wake. Hence near wake is most crucial for the overall wake development and stability. Also, a better understanding of the dependence of near-wake flow characteristics on turbine operation and incoming flow can yield a more accurate prediction of wake growth and provide guidance for developing ‘smart’ control to reduce wake loss and structural impact for future wind farms.

In a recent research work published in Journal of Fluid Mechanics, University of Minnesota scientists Dr. Teja Dasari, Dr. Yue Wu, Dr. Yun Liu, and Professor Jiarong Hong further developed on the novel snowflake based visualization and super-large-scale particle image velocimetry (SLPIV) and studied the near wake. Specifically, the researchers used data collected during multiple snowstorms from 2014 to 2016 around a 2.5MW turbine at the EOLOS field station to examine the turbulent velocity field and coherent structures.

Field campaigns were conducted at EOLOS Wind Energy Research Field Station which has a 3-bladed horizontal axis wind turbine and a meteorological tower, both well instrumented to characterize the atmospheric and turbine operating conditions. The pioneering high-resolution field-scale measurement recorded the average wake deficit to be 0.29 validating the values obtained from the wake models proposed in several prior studies. The near-wake turbulence was also quantified over the entire span of the rotor, a region about the size of a football field, and compared against high-resolution sonic measurements. Interestingly, the instantaneous velocity fields indicated the presence of intermittent wake transitions to a contraction state which were in clear contrast with the expansion states typically associated with wind turbine wakes.

The surprising phenomena occurred for a substantial 25% of the time and the underlying physical mechanisms were revealed. This wake behavior, minimally reported until now, would have a significant impact on the overall wake mixing and growth indicating a need for further exploration and incorporation into wake models. The article further established crucial correlations between the tip vortex behavioral patterns representative of the wake stability and the turbine operation/response characteristics. The analysis established a clear statistical correspondence between turbine parameters and tip vortex behaviors under different turbine operation conditions, which was further substantiated by examining samples of time series of the turbine parameters and tip vortex patterns.

In summary, Professor Jiarong Hong and his research team presented the first systematic experimental investigation of the velocity field and the coherent vortex structures in the near wake of a utility-scale wind turbine at unprecedented spatial and temporal resolution using the super-large-scale particle image velocimetry (SLPIV) and flow visualization with natural snow. These correlations can be used to develop simple wake prediction models based on the readily available SCADA (Supervisory Control and Data Acquisition) parameters and be incorporated into turbine control algorithms to improve efficiencies.

Remarkably, the University of Minnesota study not only offers benchmark grade near-wake datasets for comparison with the-state-of-the-art numerical simulation, laboratory and field measurements, but also sheds light on understanding wake characteristics and the downstream development of the wake, turbine performance and regulation, as well as developing novel turbine or wind farm control strategies.

His research is focused on understanding the dynamic processes involved in the interaction between flow and environment, with innovative approach and instrumentation to tackle the challenges in the measurements of complex flow fields, for a wide range of applications. Hong is a recipient of National Science Foundation CAREER Award and Office of Naval Research Young Investigator Award.

Dr. Yun Liu, started his professional career as a research assistant at University of Science and Technology of China, conducting experimental researches in a low speed wind tunnel. In 2011, he moved to US, continuing his experimental fluid mechanics research at Purdue University, West Lafayette. After obtaining a PhD degree in mechanical engineering, in 2016 he worked as a post-doc associate researcher at University of Minnesota to study the flow cavitation and wind energy. In 2017, Dr. Yun Liu joined Purdue University Northwest as an assistant professor.

Teja Dasari is a recent Ph.D. graduate in mechanical engineering working primarily out of the St. Anthony Falls Laboratory of the University of Minnesota. His doctoral research is focused on the near-wake measurements of a utility-scale wind turbine using natural snowfalls. Prior to starting Ph.D. studies, he obtained a B.S. and an M.S. in mechanical engineering from the Birla Institute of Technology and Science, Pilani, and BMS College of Engineering, Bangalore, India respectively with an emphasis on renewable energy studies. Teja is currently interested in applying his knowledge and experience with experimental fluid mechanics and thermal sciences in the field of renewable energy.

Dr. Wu started his faculty career in 2018 after completing his PhD work in 2016 from the Department of Aerospace and Ocean Engineering at Virginia Tech, and his post-doctoral work in 2018 from Saint Anthony Falls Laboratory at University of Minnesota, Twin Cities. He is currently an associate professor in the School of Mechanical Engineering at Beijing Institute of Technology.

His research lies in the general area of thermal-fluid sciences, with a unique strength on the development and application of novel diagnostics and theoretical analysis of fundamental mechanisms in flow systems. Dr. Wu has authored over 15 archival journal papers in these research areas, and he has been recognized by multiple awards such as the Outstanding PhD of the university and the Combustion Institute’s outstanding paper award. 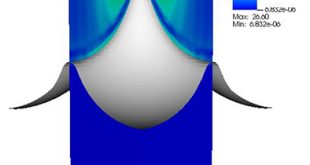