Cold regions in the world are divided into polar and sub-polar and are characterized by the presence of snow and ice at least part of the year. Residents of such areas are obliged to heat the living space. For instance, in china -where over 70% of the land lies in the cold region- inhabitants are subjected to heating time in excess of four months annually. Technically, such a population is predisposed to two heating methods: the central heating and the household heating. Over the years, researchers have developed modern heating systems that help circumvent the obvious disadvantages of traditional coal-powered heating techniques, i.e. low efficiency, high energy consumption and serious pollution. To this end, integrated heating system that utilizes renewable energy sources, such as: solar energy, bio-gas, geothermal and wind energy have been proposed. However, several shortfalls have been reported: such as, solar intermittency and instability for the case of solar energy, very low temperatures for biogas fermentations, etc. Therefore, in the wake of persistent campaigns to minimize consumption of fossil-based fuels, there is a growing concern among researchers on how best to heat up living spaces in such regions, where even the most abundant renewable resources seem scarce when most required.

Biomass energy is an effective supplement in low environment temperature, which has high energy density and stable energy output. With this in focus, a group of researchers from the College of Energy and Power Engineering at Lanzhou University of Technology : Professor Zhang Dong, Dr. Li Bingyang and Dr. Li Jinping, in collaboration with Dr. Zhao Qintong at the Key Laboratory of Complementary Energy System of Biomass and Solar Energy in China proposed a multiple renewable energy complementary heat pump system (MREHP). In the proposed MREHP system, the researchers aspired to use solar energy, biomass energy and air heat as the main heat source. Their work is currently published in the research journal, Solar Energy.

In summary, the study presented a heat pump system based on multiple renewable energies as auxiliary heat sources. The proposed system utilized air, solar and biomass energy as auxiliary energy for heat pump systems. The researchers established that renewable energy utilization in Mode 2 and Mode 3 exceeded 50%. Remarkably, the system could meet the indoor space heating demands under different conditions. In a statement to Advances in Engineering, Professor Zhang Dong highlighted that the system reduced the consumption of electricity by utilizing renewable energy.

Zhang Dong is an associate professor and Postgraduate Tutor of Lanzhou University of technology（LUT）and received his Ph.D. in engineering from LUT in 2017. He is a member of China Refrigeration society and China mechanics society. In addition, he is also the reviewer of “Energy Conversion and Management”, “Solar Energy”, “Energy” and other journals. He is mainly engaged in solar thermal utilization, basic theory and application of advanced heat pump system, modeling and optimization of renewable energy supply system, etc.

Li Bingyang is currently studying for a master’s degree in engineering at Lanzhou University of technology(LUT). Prior to that, he received a bachelor’s degree in engineering from Shandong University of Science and Technology in 2018. He is mainly engaged in multiple renewable energy complementary heat pump system and PV/T solar-heat pump combined drying system, etc.

He received the second and third level national scholarships in 2016 and 2019 respectively. He participated in scientific research projects such as National Science Foundation of China, Natural Science Foundation of Gansu Province. He currently holds a utility model patent on heat transfer in 2018 and has published an academic paper in Solar Energy in 2019. 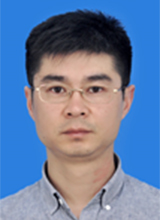