Considering the current climate change and global warming which affected not only availability of water for both domestic and industrial use but also for commercial use such as power generation, efficient methods for harvesting and storage of water is highly desirable. Among the available water conservation infrastructures, channels with parabolic shaped cross-sections are widely preferred. This can be attributed to the fact that they are less susceptible to failures due to their excellent characteristics such as uniform load distribution and small hydraulic radius. In a recently published literature, researchers have identified the normal depth of channel as a significant hydraulic parameter in the design, operation, and management of a channel. To this end, the accuracy of the normal depth of parabolic shaped channels has attracted significant attention of researchers. However, obtaining the wetted parameters have remained a great challenge in ensuring the accuracy of channels as far as design and operation are concerned. Therefore, researchers have been looking for alternatives and have identified the application of Simpson’s numerical integral method for obtaining wetted parameters in semi-quintic and cubic parabola shaped channels as a promising solution.

Recently, scientists at Dalian University of Technology: Shubing Dai (PhD candidate), Yulei Ma (PhD candidate) and led by Professor Sheng Jin evaluated the feasibility of using the Simpson’s numerical integral method in determining nonintegrable wetting parameters for semi-quintic and cubic parabola-shaped channels. Their main objective was to perform a gradually varied flow analysis to meet the engineering requirements regarding the design and management of the parabolic-shaped channels. Their research work is currently published in the research journal, Flow Measurement and Instrumentation.

In brief, the research team looked at the direct integration of the wetted perimeters for parabola-shaped channels. Secondly, they represented the approximated wetted perimeters in terms of uniform flow equations that was further used in developing the optimal model. Consequently, 1st Opt Software was used to determine the optimal model parameters. Next, they utilized two explicit formulas to accurately determine the normal depth of both cubic and semi-quintic parabola-shaped channels. Eventually, they accessed the advantages of using the proposed formulas as compared to the initially used formulas.

The authors observed that the applied Simpson’s numerical integration method proved useful in determining the wetted perimeters for cubic and semi-quintic parabola-shaped channels. Alternatively, the applied formulas exhibited a high degree of precision and accuracy as compared to the initially used methods.

In summary, Dalian University of Technology researchers presented in their paper direct calculation formulas for normal depths of parabola-shaped channels. To actualize their study, they presented for sets of formulas for four different types of parabolic channels i.e. cubic, semi-quantic, quadratic and semi-cubic. Interestingly, they obtained very low maximum relative errors of 0.52%, -0.37%, -0.22% and 0.57% respectively. In general, considering the high degree of accuracy and precision of these formulas, they can be used in a wide range of applications regarding parabolic channels. The study provides essential information that will advance engineering design and monument. 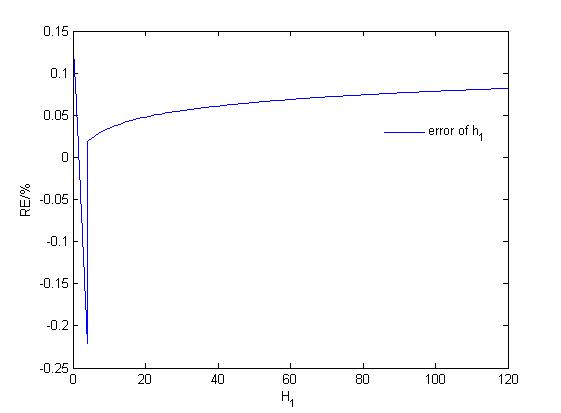 Shubing Dai is a Ph.D student of Hydraulics and River dynamics at Dalian University of Technology. He has published over 10 papers in peer-reviewed Chinese or English journal. His research interest focus on flow measurement and nonhydrostatic flow problem related to hydraulic structure and open channel flow by analytical, experimental and numerical methods.

Yulei Ma is a Ph.D student of Hydraulic engineering at Dalian University of Technology. She has published 4 papers in peer-reviewed Chinese or English journal. Her research interest mainly focus on the watershed soil erosion, especially in the Loess Plateau, China. She has worked on a variety of research projects including ground-water numerical simulation, video data analysis, laboratory experimentation of gully erosion.

Sheng Jin is a Professor of Hydraulics and River dynamics at Dalian University of Technology since 1998. He received the B.S., M.S., and Ph.D. degrees all from Applied Mechanics at Beihang University, Beijing, China, in 1984, 1987, and 1991, respectively. He published about 80 papers in peer-reviewed Chinese or English journal.

Go To Flow Measurement and Instrumentation