Steel connections are an integral part of steel structures and are crucial in determining their general behavior and resistance. Based on their stiffness property, steel connections can be classified into simple, rigid and semi-rigid that requires different modeling and frames analysis approaches. Presently, zero-length rotational springs placed between the beam and the respective column is the most commonly used means to represent the stiffness behavior of the joints. Just like the mechanical models of rigid bars and springs, these connection models present limitations that influence the effectiveness and accuracy of the global frame analysis.

To this note, Professor Eduardo Bayo from the University of Navarra together with Dr. Javier Gracia from the University of Oviedo developed a novel, effective and accurate method for modeling the stiffness of two-dimensional welded steel joints. Specifically, the surrogate modeling technique was based on the modal shapes comprising of substructuring and metamodels. Their work is currently published in the Journal of Constructional Steel Research.

In brief, the authors commenced the joint modeling process by developing an accurate 4-node cruciform finite element based on substructuring techniques without relying on the component method. The desired element stiffness was derived directly from a detailed finite element model statistically condensed to a twelve degree of freedom cruciform element. Next, a surrogate model was generated from the database of the element stiffness properties using the proposed metamodeling procedure. These were followed by structural analysis simulations using MATLAB.

The surrogate modeling was based on modal characteristics: eigenvectors and eigenvalues of the stiffness matrix, which were used to develop the design points of the training and validation sets of the surrogate model. It was found that an increase in the dimensions of the joints resulted in a corresponding minimal variance in the eigenvectors, thus only the eigenvalues required metamodeling.  Therefore, the modal decomposition resulted in a reduced set of variables for accurate modeling of the design space.

As a concept proof, the authors performed simulations of the steel frames to validate the accuracy of the proposed surrogate modeling. For instance, a uniform rectangular grid of design sites was proposed by generating the metamodels and predicting the stiffness of the untried sites using the Kriging and the support vector machine regression methods.  Both methods proved to be good candidates for building surrogate models owing to their relatively high accuracy. However, the Kriging method produced slightly more accurate results with less computation effort as compared to the support vector machine regression method.

The proposed surrogate modeling based on mode shapes enabled substantial reduction of the amount of data and features required for modeling without compromising the accuracy thus reducing the general computation cost. Therefore, it can be effectively implemented in different structural analysis programs for the analysis and design of welded steel frames and joints. Besides, the method allows for accurate modeling of the joint within the structure. As stated by Professor Bayo in a statement to Advances in Engineering, the proposed technique will enable effective characterization and modeling of steel frames for high-performance and safety. Professor Gracia also stated the easiness with which this method can be extended to other types of joints and 3D applications. 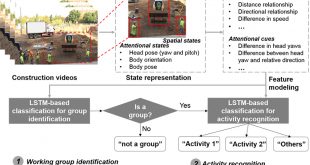