Casting processes demand a rapid supply of molten liquid metal or alloys to the target molds. The melting procedure, which has been used, entails adding the ingots to an existing melt. Then there occurs heat transfer at the solid-liquid interface. Heat in the liquid phase must be transferred to the solid ingots. The transfer mechanism includes natural convection and conduction via the solid-liquid interface to the ingot’s surface.

A casting shop needs to determine the duration needed to melt an ingot of a selected mass and shape in a melt of its own materials. However, the recorded temperature of the fed ingots is lower than the liquidus temperature. The solid-liquid interface of the ingot moves in all directions causing a decrease in the surface area with time.

German scientists, André Ditze from Engineering Office MetuRec, and Christiane Scharf at Helmholtz Centre Dresden Rossendorf were able to establish a relationship between the dimensionless Nusselt, Prandtl, Grashof, subsequent the Rayleigh number, and Stefan numbers that could explain the important parameters to optimize the melting conditions of pure metals, zinc, tin and lead, and magnesium and aluminum alloys as well as of ice. Their work is published in International Journal of Thermal Sciences.

The authors investigated the melting characteristics of ice, pure metals, lead, tin and zinc, and of aluminum and magnesium alloys. Given the geometry of a specific ingot, nearby temperature, and the initial temperature, they were able to compute the dimensionless Nusselt, Prandtl, Grashof and Stefan numbers. The researchers noted that melting magnesium alloy ingots pre-warmed to 200 °C took more time as compared to melting ingots with the same size and at an initial temperature of 20 °C at the same mean temperature.

The authors successfully computed the time required for melting and this depended on the mean temperature near the selected ingot and the geometry of the ingot. However, analyses with indirect and direct heating of the melt indicated that only the mean temperature was important. 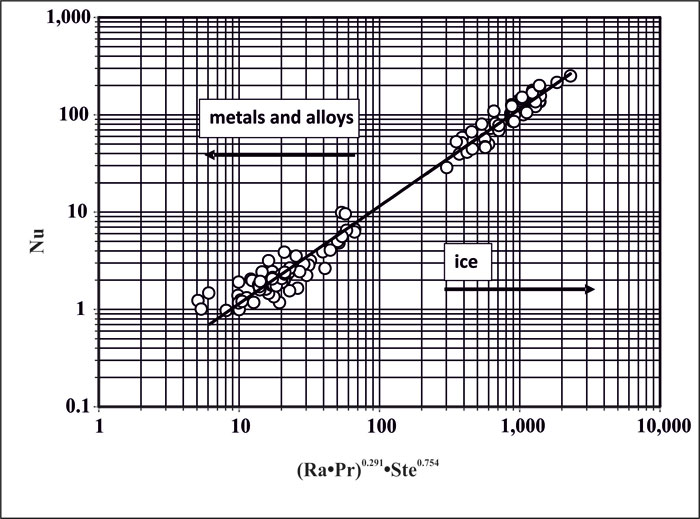 1982-2014: Chief engineer in the Institute of Metallurgy  Clausthal University of Technology

2014- present: Owner and head of the engineering office MetuRec (Metallurgy and Recycling).

Recycling and processing of nonferrous metals as well as basic research in the field of pyro-, hydro- and  electrometallurgy.

Lectures in the education of students comprising the winning of metals, electrometallurgy  and metallurgical process engineering.

Publications: Numerous publications can be found on research gate.

Professor Christiane Scharf studied chemical engineering at the Münster University of Applied Sciences from 1991 to 1995, which was supplemented by an additional course in the fields of environmental law, plant safety, quality and project management in the years 1995 to 1996. In 1996, she worked as a chemical qualified person at Rethmann GmbH in Nordwalde. Subsequently, she joined the Institute of Metallurgy at the Technical University of Clausthal, where she became a technical employee in 1998 to obtain her doctorate. From 1998 to 2004, Mrs. Scharf promoted as a research associate in the field of magnesium recycling with Professor Schwerdtfeger. In June 2004, she was awarded the prize of the Founders’ Association for Metals 2004. In October 2007, she worked as a Post-Doc at the Institute of Metallurgy at the Technical University of Clausthal. From November 2007 to March 2008, she was Head of Application Engineering at Recylex Group GmbH in Goslar.

Her further scientific work at the Institute of Metallurgy of the TU Clausthal in October 2010 led to the successful conclusion of the habilitation procedure in the field of “Extractive Metallurgy”, which she was responsible for research and teaching until September 2013 as head of the group of the same name.

In March 2013, the Saxon Ministry of Science and Art presented the professorship “Metallurgy and Recycling of High-Tech Metals”. This is a joint appointment of the Helmholtz Center Dresden-Rossendorf and the TU Bergakademie Freiberg. In October 2013, Mrs. Scharf took up her professorship at the Technical University of Bergakademie Freiberg and the position of Head of Department for “Metallurgy and Recycling” at the Helmholtz Institute Freiberg for Resource Technology.