The increase in computing power has dramatically enabled the computations of intricate structural design models. For such purposes, dynamic stiffness method, a technique that relates the amplitudes of applied forces and responses of a harmonically vibrating continuum, has become a popular structural dynamic analysis tool. This technique works by separating the variable of the displacement function in frequency domain, the dynamic stiffness matrix and frequency equation of the structure are obtained, and the structural dynamic analysis can then be achieved by solving the transcendental frequency equation. In case of undamped systems, the frequency equation can be accurately solved by the Wittrick-Williams algorithm, however, the frequency equation of damped structures is a complex transcendental equation and many root-search techniques performing well in real field including the Wittrick-Williams algorithm are no longer applicable. Therefore, the application of dynamic stiffness in damped structures is a major challenge and has not been well resolved.

Recently, a team of Tongji University researchers led by Professor Dan Danhui from the School of Civil Engineering conducted a study where they improved the aforementioned dynamic stiffness method. Specifically, they focused on how to make the dynamic stiffness method and Wittrick-Williams algorithm still applicable to complicated damped systems. In addition, they extended dynamic stiffness method (EDSM) capable of resolving a much wider class of problem of classically damped structures. Their work is currently published in the research journal, Computers and Structures.

The authors observed that their proposed method sufficiently covered both viscous and hysteresis damping. Moreover, they noted that the Wittrick-William algorithm could thereby be extended to complex and damped systems. Lastly, they realized that in the proposed technique the variables of structural displacement function were separated in the Laplace domain, and a unified form dynamic stiffness matrix and frequency equation of damped and undamped systems was obtained.

In summary, Prof Dan Danhui and his colleagues demonstrated extended dynamic stiffness method technique that eliminates difficulties encountered when applying dynamic stiffness method in dynamic analysis of damping system. In general, they observed that the relationship between the damped frequency and the undamped frequency could be established thereby converting the calculation problems of the damped frequency into the process of solving the damping ratio and undamped frequency. Altogether, the novel technique was seen to be advantageous in that it could be easily implemented and the advantages of the original method also retained. 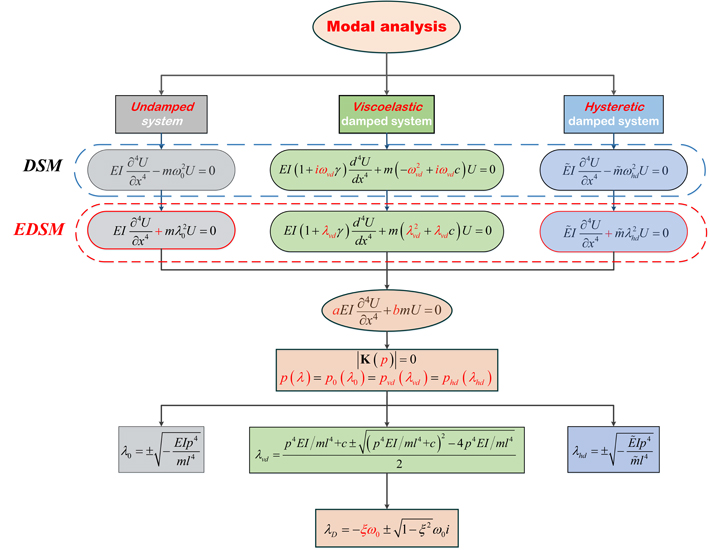 Dr. Dan began his employment in the Department of Bridge Engineering at Tongji University as a Assistant Professor in 2005, was appointed as a Associate Professor in 2008, and was promoted to professor in 2012. Sponsored by China Scholarship Council, he went to Georgia Institute of Technology as a visiting scholar during August 2009 and September 2010. Prior to his arrival at Tongji University in October 2002 as a Postdoctoral Researcher, Dr. Dan had one year of teaching experience at University of Electronic Science and Technology of China. Since he joined Tongji University in 2005, Dr. Dan has presided or participated over 30 projects. He has published over 80 technical papers and, served as journal reviewer for international journals.

Dr. Dan is currently serving on a few national and international committees, including the Chairman of Bridge Engineering in Transportation Research Congress. He also serves as review expert for the National Nature Science Fund, and experts for many other organizations.

Go To Computers and Structures