Machine is On: Are We Winning, Losing, or Partnering? Tech enthusiasts have over the years been subjected to this metal torturing question. Whichever the case, an operator (of the machine) forms an essential and integral part of the process. Globally, there has been a trend towards technology-oriented manufacturing approaches, computer-integrated manufacturing, lean management and cellular manufacturing that have collectively reshaped the industrial manufacturing landscape. Previous designs of industrial systems have mainly been human-centered where the operator has always had a special place within modern manufacturing concepts. However, with the arrival of Industry 4.0 and the smart factory, a major change is taking place in the industrial world. In essence, Industry 4.0 is the trend towards automation and data exchange in manufacturing technologies and processes which include cyber-physical systems, the internet of things, cloud computing, cognitive computing and artificial intelligence. Industry 4.0 moves towards a future where people will collaborate with robots and will be supported by web technology and intelligent assistance systems in their work activities. Nonetheless, it is still unclear on how Industry 4.0 will change the role of the operator in production.

Against this backdrop, the need to critical review of production systems arises. To this end, researchers from the Free University of Bozen-Bolzano in Italy: Assistant Professor Erwin Rauch and Assistant Professor Patrick Dallasega together with Associate Professor Christian Linder at the Europe Business School, London Campus in the UK applied a Systematic Literature Review (SLR) in order to map and assess the relevant intellectual territory regarding anthropocentrism in production before and within Industry 4.0 with special attention to human-machine interaction. In addition, they focused on identifying the changes of production systems induced by Industry 4.0 and how the tasks and roles of operators have been and/or will be subject to change. Their work is currently published in the research journal, Computers & Industrial Engineering.

With the objective being to comprehend the current knowledge regarding socially sustainable production systems, with special emphasis on the interaction between human and machines, the team set out by reviewing the anthropocentrism in traditional and future production. Overall, an analysis of the transformation of research fields in anthropocentric production following the arrival of Industry 4.0 was performed.

The authors reported that according to the presented research, most efforts have been invested in the field of cognitive aid for the execution of production systems. Generally, based on their analysis, the team was able to, but not exclusively, contribute to three major discussions regarding the operator in Industry 4.0. Based on their findings, there was much confusion, speculation or vagueness regarding the future role of the human operator in existing literature.

In summary, the study presented a SLR regarding anthropocentrism in production before and within Industry 4.0. Interestingly, the team was able to add clarification regarding the aforementioned inconsistencies by outlining the state-of-the-art in academic research. In fact, their study helped in building a foundation for future research as they specified the actual scientific knowledge and structure the existing intellectual territory. In a statement to Advances in Engineering, Dr. Erwin Rauch further emphasized of the significance of their work judging by the fact that it builds grounds for further scholarly discussion on the role of humans in the factory of the future. 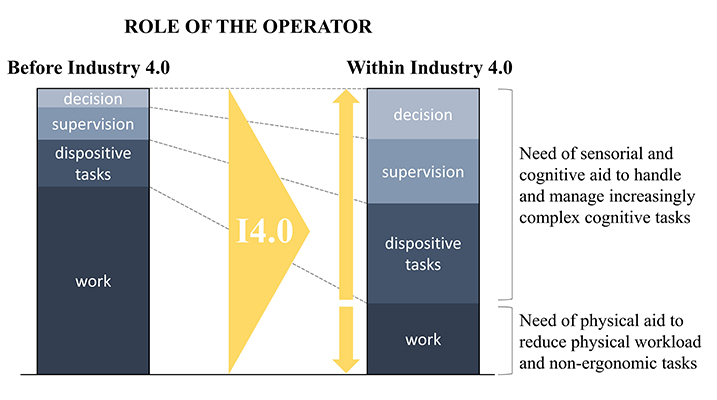 Dr. Erwin Rauch is an Assistant Professor for Manufacturing Technology and Systems at the Free University of Bolzano. His current research activities include Industry 4.0 and smart manufacturing, sustainable production, artificial intelligence in manufacturing, biointelligent manufacturing and complex system design. He received several young researcher awards and paper awards for his research on Industry 4.0 with a special focus on small and medium sized enterprises.

He is project manager of the first large EU project on Industry 4.0 for SMEs (SME 4.0) and coordinator of many other research and industry projects on national and international level. He is a member of the editorial board of Journal of Engineering Sciences, frequently invited speaker for key note presentations, guest lectures and summer schools and was a Visiting Scholar at Worcester Polytechnic Institute (WPI) and Chiang Mai University (CMU). At the Free University of Bolzano he is leading the Smart Mini Factory laboratory for Industry 4.0, an innovative learning factory model for transferring results from research into practice.

Prof. Linder Christian is an Associate Professor of Strategy and Leadership at the ESCP Europe Business School in London (UK). He held a position as Assistant Professor in Entrepreneurship and Family Business Management at the Free University of Bozen-Bolzano (Italy) and Assistant Professor at the University of Bamberg (Germany) prior to his current affiliation. He further worked as Research Manager at the Institute for Employment Research at the German Federal Employment Agency, and as Research Associate for the Fraunhofer-Institute for Industrial Engineering as well as for the University of Stuttgart (Germany).

He was Visiting Scholar at the CEIBS, Shanghai, ACAS, Manila and SWUFE, Chengdu. Christian holds a Ph.D. in Philosophy from the Munich School of Philosophy (Germany) and a Ph.D. in Technology Management from the University of Stuttgart (Germany).