Hydrophobic core and hydrophilic shell: Now we know more about the surface structure of lignin nanoparticles

Lignin is the second most abundant biopolymer after cellulose and is a most intriguing natural material that can be utilized across a wide range of applications. With modern technological advancements, lignin nanoparticles, a material with potential applications in biomedical- as well as environmental fields, have been developed. Published literature in this field has revealed that by varying the source- and synthesis conditions, it is possible to obtain lignin nanomaterials in the form of nanotubes or as spherical particles with either a hollow or a core−shell substructure. Further, it has been shown that a thorough comprehension of the morphology of the surface of the nanomaterials is essential for their efficient modification. In contrast to other techniques used for studying their surface morphology, nuclear magnetic resonance (NMR) spectroscopy can provide direct insight into the structure of the molecules on the lignin nanoparticles (LNPs) surface. Indeed, NMR analysis of lignin has become a routine way of exploring the structure of lignin, but the liquid-state NMR data for lignin nanoparticles have not yet been reported since LNPs lose their primary structure in most organic solvents.

Recent literature has reported that the 1H NMR and two-dimensional (2D) heteronuclear single quantum coherence (HSQC) methods are able to detect surface carbons and protons in nanocellulose, thereby showing that NMR is a powerful technique for the chemical characterization of aqueous suspensions of nanocellulose. Moreover, using liquid-state NMR, it is possible to detect the amount of water adsorbed on the silica. One can therefore hypothesize that it should be possible to identify signals from lignin NPs in aqueous solution and thereby acquire a better understanding of their surface structure. To test this hypothesis, KTH Royal Institute of Technology researchers: Dr. Ievgen V. Pylypchuk, Par A. Linden (PhD candidate), Prof.. Mikael E. Lindstrom, and Associate Professor Olena Sevastyanova, proposed to apply a modified sequence for liquid-state 1H NMR using a combination of pre-saturation water suppression and excitation sculpting water suppression to analyze LNPs prepared from fractionated softwood and hardwood kraft lignin. Their work is currently published in the research journal, ACS Sustainable Chemistry & Engineering.

In their approach, a series of lignin nanoparticles were prepared from spruce- and eucalyptus kraft lignin fractions with narrow molecular weight distributions and functionalities. The research team then characterized particle size, charge, and surface morphology by transmission electron microscopy and dynamic light scattering.

The authors reported that according to liquid-state NMR, methoxy groups from syringyl and guaiacyl units of lignin were seen to be the main groups present on the surface of LNPs. In addition, their study also reported and confirmed the presence of aliphatic moieties, mainly from the side chains of lignin molecules. Moreover, by taking into consideration the chemical composition of the lignin fractions, the structure of lignin NPs as shown by NMR spectroscopy, and their size and surface charge, a pattern of lignin self-assembly into LNPs was suggested.

In summary, the study demonstrated the successful application of a modified 1H NMR water suppression technique on suspensions of LNPs, that made it possible to gain a clear insight into the surface composition of the LNPs and gave a better understanding of the mechanism of LNP formation. By using this approach, it became possible to identify signals from the surface of the LNPs originating from methoxy groups of the corresponding syringyl- and guaiacyl units of spruce and eucalyptus lignins. It was clearly illustrated that LNPs consist of nonoxygenated aliphatic core and oxygen-rich surface. In a statement to Advances in Engineering, Associate Professor Olena Sevastyanova and Dr. Ievgen Pylypchuk explained that based on their results, one could therefore suggest that the unexpected sharpness of NMR signals for a polymer of such high molecular weight is due to a shell on the NPs consisting of a low molecular weight fraction of lignin molecules.

Pär A. Lindén graduated as a Master of Science in Engineering in 2013 at the Royal Institute of Technology, KTH, Sweden and is currently a doctoral student at the Wallenberg Wood Science Centre and the Department of Fibre- and Polymer Technology at the same university. His doctoral research has focused on furthering the understanding of the kraft process, particularly on the degradation of carbohydrates and the prevention of said degradation using sodium dithionite as a reducing additive as well as developing a glycerol based atmospheric kraft cooking system that can be used to streamline academic work as well as to provide potential benefits to the industry. To accomplish much of this work, Pär has made extensive use of nuclear magnetic resonance spectroscopy, for quantification as well as structural elucidation. Developing this analytical skillset has also allowed him to provide constructive contributions to projects such as the present work. 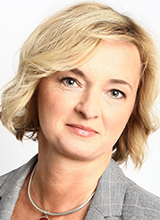 Dr Olena Sevastyanova received her Master degree in Analytical Chemistry in 1993 from Taras Shevchenko National University of Kyiv, Ukraine. In 2002 she received her Licentiate degree in Pulp and Paper Technology and in 2005 – her PhD degree in Wood Chemistry from KTH Royal Institute of Technology, Stockholm Sweden. After her postdoctoral training in development of lignin-based carbon fibres at The University of British Columbia in 2006-2007 and followed by the work as a head of Lignin Laboratory in the biofuel company Lignol Innovations Ltd. in Vancouver B.C., Canada 2007-2008, she returned to KTH, Stockholm, to start her position as a senior researcher at the Department of Wood Chemistry and Pulp Technology. Since 2009 Dr Sevastyanova was working at the Department of Fibre and Polymer Technology and at the Wallenberg Wood Science Center on the projects related to the isolation, characterization, chemical modification and upgrade of technical lignins with a purpose to develop a value-added products and materials from this underutilized natural polymer. Other projects include oxygen delignification and bleaching of chemical pulps; extraction, characterization and chemical modification of the hemicelluloses from the various types of biomass and investigation of the nanofibrillation process for the manufacturing of lignocellulose nanomaterials. In 2018 Dr Sevastyanova was appointed as Docent in Fibre and Polymer Science at KTH Royal Institute of Technology.

Dr Sevastyanova has actively participated in a number of Europen networking projects – Cost Actions. Currently, she serves as a vice-chair of the CA17128 LignoCOST Action ˮEstablishment of a Pan-European Network on the Sustainable Valorisation of Ligninˮ.

She is an author to more than 60 peer-reviewed scientific papers on the topics such as chemical pulping and bleaching, oxygen delignification, upgrade and valorization of natural plant-derived biopolymers, including lignin, hemicellulose and cellulose. 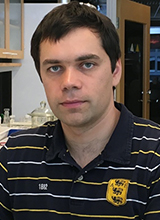 Dr Ievgen Pylypchuk graduated from Kyiv National University with a Master’s degree in polymer chemistry. He received his Ph.D. in physics and chemistry of surface in 2013 at Chuiko Institute of Surface Chemistry NAS of Ukraine. During 2015-2017 he conducted his research in cooperation with Maria Curie-Skłodowska University,UMCS (Lublin, Poland) and Jerzy Haber Institute of Catalysis and Surface Chemistry (Krakow, Poland).

From 2017 to 2019 he worked as a postdoctoral researcher at SLU-Swedish University of Agricultural Sciences (Uppsala, Sweden) on the development of magnetic nano adsorbents for complex water purification. After that, in June 2019, he joined a group of Pulp and Paper Technology at the Department of Fibre and Polymer Technology at KTH-Royal Institute of Technology, Stockholm, Sweden, to work on the synthesis and characterization of the nanoparticles from technical lignin to understand better lignin structure-properties relationship. Currently, he is working as a researcher at Stockholm University under the guidance of Prof. Mika Sipponen in the Sustainable Material chemistry group (SUSMATCHEM). 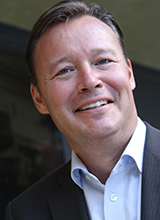 During his time at Kvaerner Pulping AB Mikael Lindström was responsible for the company’s process development and its laboratories. The new pulp manufacturing process is based on Mikael’s research in cooperation with KTH and STFI (this work was rewarded with Kvaerner Innovation Silver Award and 2008 by Ekman medal). He is engaged in the Wallenberg Wood Science Center and has over the years been a popular lecturer in many different contexts. Mikael Lindström’s is currently engaged in a total of 8 companies. Within Cleanflow AB based in Karlstad he developed its own patented technology for green liquor filtration. A first full-scale plant has recently been purchased by Aspa mill. The company re:newcell develops technology for recycling of textile cotton and viscose for the re-production of viscose. The fiber recycling method was invented by Mikael together with prof. Gunnar Henriksson and is patented. The company has signed an agreement to build a pilot plant in Kristinehamn, Sweden, starting up in 2007.

Mikael Lindström is an author in more than one hundred scientific publications and has registered 20 patents.