The forces of nature have been outsmarting the materials used to build infrastructure since humans started producing them. Ice and snow turn major roads to rubble every year; foundations of houses crack and crumble, in spite of sturdy construction. Moreover, a significant way to decrease the carbon footprint of cement (second most common material on earth) is to develop cements with improved fracture resistance to reduce the volume needed to design buildings and structures. In recent years, carbon-based nanomaterials have attracted much attention as a potential reinforcement for cement due to their extraordinary properties.

Several studies have reported significant gains in stiffness and strength using cement nanocomposites reinforced with carbon-based nanomaterials. The improvement in mechanical properties is usually followed by an enhancement in multifunctional response, such as electrical conductivity or strain-sensing capabilities. In particular, a critical issue has been to increase the fraction of carbon-based nanomaterials to maximize the multifunctional behaviour while controlling the microstructure and improving the mechanical characteristics. However, when it comes to mechanical performance, the primary criterion has been strength. The issue is that a strength-focused performance criterion cannot account for defects, which are pervasive at the structural level, nor can it account for fracture, which plays an important role in the failure. Thus, more studies are needed to yield advanced synthesis protocols for the synthesis of Portland cement carbon-based nanocomposites, and understand the influence of carbon-based nanomaterials on the fracture response of Portland cement.

Engineers tackling this issue with smart materials that respond to changes in the environment typically enhance the function of materials by increasing the amount of carbon, but doing so makes materials lose some mechanical performance. By introducing nanoparticles into ordinary cement, Northwestern University researchers led by Professor Ange-Therese Akono have formed a smarter, more durable and highly functional cement. The research was published in the journal Philosophical Transactions of the Royal Society A.

With cement being the most widely consumed material globally and the cement industry accounting for 8% of human-caused greenhouse gas emissions, civil and environmental engineer Ange-Therese Akono turned to nano-reinforced cement to look for a solution. Although nanomaterials reduce the carbon footprint of cement composites, but until now, little was known about their impact on fracture behavior.

The author employed novel fracture assessment methods and novel synthesis protocols to study the impact of carbon-based nanomaterials on the fracture of cement reinforced with nanomaterials. The focus was on graphene nanoplatelets, carbon nanofibres, multiwalled carbon nanotubes and helical carbon nanotubes. To this end, scratch testing was employed, which consists of pushing a sphero-conical probe across the surface of the specimen.

The role of nanoparticles in the new application has not been understood before now, so this is a major breakthrough. Traditional fracture testing, in which a series of light beams is cast onto a large block of material, involves lots of time and materials and seldom leads to the discovery of new materials. By using an innovative method called scratch testing, the author efficiently formed predictions on the material’s properties in a fraction of the time. The method tests fracture response by applying a conical probe with increasing vertical force against the surface of microscopic bits of cement. Moreover, the new method requires less material and accelerates the discovery of new ones. 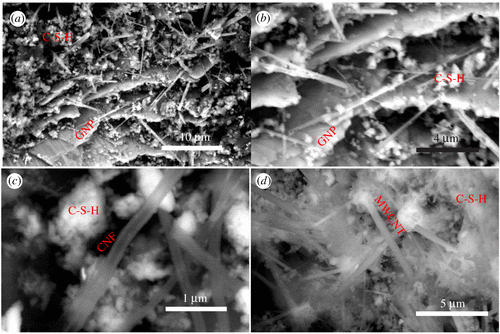 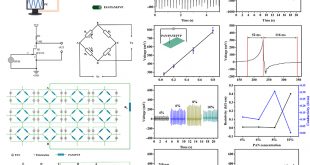