In the field of biology and medical research various tools can be employed to separate different chiral species where light beams interact with chiral matter which produces different reactions and dissipation. There are several available methods used in chiral photochemistry, however, all the existing methods have difficulties in achieving strong chiral-matter interaction capable of providing strong chiro-optical effects for various photochemistry applications (for example, polarization-sensitive surface photochemistry which will allow for nanopatterning in photosensitive films).

A team of researchers at University of Electronic Science and Technology of China: Dr. Xiang-Tian Kong and Professor Zhiming Wang in collaboration with Dr. Larousse Khosravi Khorashad and Professor Alexander O. Govorov from Ohio University proposed a chiral spectroscopy-photothermal circular dichroism. It involved a combination of both the thermal and plasmonic physics. Their objective was to better describe the effects of the photothermal plasmonic circular dichroism (CD). The work is currently published in the research journal, Nano Letters.

Plasmonic nanocrystals exhibit excellent photoheating properties thus describing their vast use in photothermal applications. The desired temperature distributions in a plasmonic heater are achieved through its geometry while manipulation of the light can be realized by plasmonic metamaterials and nanostructures. Plasmonic planar materials are associated with high optical absorption in thin systems. Therefore, perfect absorbers consist of the resonator at the top layer and a back reflector and can achieve unity absorption coefficient while asymmetric chiral absorbers have strong circular dichroism signals. Although chiral elements can be of different shapes, in this study the authors used the geometry of the perfect absorber with -shaped nanocrystals in combination with the effects of photothermal plasmonic nanostructures.

The authors observed that plasmonic nanocrystals are good heaters and absorbers. Thus, they successfully generated significant circular dichroism effect with very large photothermal g-factors. For instance, the chiral absorber investigated here produced a large g-factor of about 0.6. Furthermore, significant strong photothermal circular dichroism was obtained from the various calculated temperatures thereby confirming the ability of the planar metastructures to generate large asymmetry when illuminated with chiral light. Generally, in plasmonic metamaterials, the chiro-optical effect is always larger than the equivalent effect in plasmonic bioassembly.

The effect of photothermal plasmonic circular dichroism in plasmonic metamaterials absorbers is dependent on the strong circular dichroism effects and efficient absorption of light resulting in heating. As a result, a strong photothermal circular dichroism effect can be generally obtained from the combination of the above two dependent factors. Even though the obtained magnitudes for maximum asymmetry parameters and absorption coefficients were relatively smaller, the g-factor counterparts were much higher. This was attributed to the choice of materials that focused on the applications in chiral photodetectors, surface photochemistry, and bolometers.

The difference in the chiro-optical effects in the plasmonic metamaterials and plasmonic bioassembly has several advantages. For example, it can be utilized in chiral bolometers (for measuring circular polarization degree of the incident light) and polarization-sensitive surface photochemistry. The authors are optimistic that their findings will advance further development of photochemistry and other associated applications. 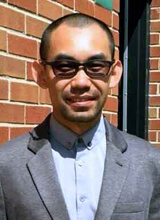 Xiang-Tian Kong received his B.S. degree in Applied Physics from Northeastern University, Shenyang, China in July 2008. He received his Ph.D. degree in Physics from Nankai University, Tianjin, China in June 2013. After that, from July 2013 to May 2015, he worked at the National Center for Nanoscience and Technology in Beijing, China as a postdoctoral researcher. From June 2015 to June 2018, he worked with Prof. Zhiming Wang at the University of Electronic Science and Technology of China as a postdoctoral researcher. From June 2015 to July 2018, he worked with Prof. Alexander O. Govorov at Ohio University, Athens OH, USA as a visiting postdoctoral researcher. He now is a Research Associate at the University of Washington. He has continuous research interests in optical properties of plasmonic nanoparticles, plasmonic waveguide, graphene nanoplasmonics, hot electron generation and injection, plasmonic circular dichroism, et al. He has coauthored 31 papers in scientific journals. He is an expert in theoretical modeling and simulation in nanophotonics. 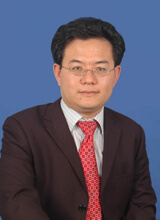 Alexander O. Govorov is a Distinguished Professor of Physics at Ohio University, Athens OH, USA. His research focuses on the theory of optical, electronic and chemical properties of nanostructures and bio-assemblies. His theoretical predictions motivated experiments and were implemented in many research labs worldwide.

Dr. Govorov is the author of more than 250 papers. He is a Fellow of the American Physical Society and a recipient of the Bessel Research Award from the A.v.Humboldt Foundation, the Ikerbasque Fellow Award (Spain), the Walton Visitor Award (Ireland), the Chang Jiang Chair Professorship (China), the Jacques-Beaulieu Excellence Research Chair Award (Canada), and the 1000-Talant Plan Award (Sichuan, China). 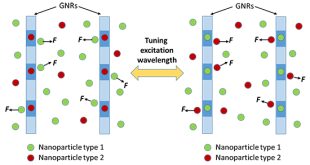