Space division multiplexing can be defined as a multiplexing technique for optical data transmission where multiple spatial channels are utilized. This technology marked a new milestone in the evolution of fiber optic communication. So far, in-depth investigations have been carried out in quest of conquering the limit of transmission capacity in a conventional single-mode single-core fiber. Studies has it that multicore fiber- a novel type of Space division multiplexing fiber- can increase the transmission channels by setting multiple spatial paths in a fiber. Better still, coupled single-mode multicore fibers (SM-CMCFs) have been reported. Nonetheless, to further increase the number of channels, it is desirable to expand SM-CMCFs to few-mode (FM) CMCFs, in which each core supports few modes. Unfortunately, attempts to achieve this have demonstrated that group delays within the various mode groups to be significantly different due to insufficient coupling between the two mode groups.

In this view, a group of researchers from the Graduate School of Information Science and Technology at Hokkaido University: Dr. Kazuki Yoshida, Professor Takeshi Fujisawa, Dr. Takanori Sato and Professor Kunimasa Saitoh, proposed to numerically investigate the group delay spread characteristics in few-mode coupled multicore fibers in weak random-bending conditions by using a coupled-wave theory (CWT). Their researches first described a fiber structure with a random perturbation and a group delay spread analysis method based on coupled-wave theory in their novel approach. Their work is currently published in the research journal, Optics Express.

The researchers supposed that the fibers were laid in the weak bending condition and only random bending was hence assumed for the random perturbation to reproduce the actual fiber situation. They then proceeded to evaluate the modal coupling between modes in 2LP-mode coupled 3-core fibers with the aim being to show that the modes between different mode groups in FM-CMCFs were less likely to couple with each other. Moreover, an optimum index profile of each core of 2LP-mode CMCFs for reducing group delay spread was demonstrated. Eventually, the optimum core pitch for achieving the higher special density as well as small group delay spread in 2PL-mode C3CFs was shown.

The authors qualitatively showed the modal coupling between modes in the intra- and the inter-mode group was generated by bending. Additionally, the results indicated that the modes of FM-CMCFs were less likely to couple with each other in weak random-bending conditions in contradiction to single-mode coupled multicore fibers. Consequently, they demonstrated an optimum index profile and core pitch, where the group delay spread could be reduced even if the different mode groups failed to couple strongly.

In summary, delay spread of 2LP-mode CMCFs with weak random-bending were numerically investigated by using the coupled-wave theory. The results revealed that although the modes in the different mode groups were difficult to couple due to the insufficient phase matching, the group delay spread could be greatly reduced by properly setting the “averaged” DMGD of the LP01 and LP11 mode group. Overall, the optimum pitch, which gives the small group delay spread and the large spatial density in the long transmission distance was also demonstrated. 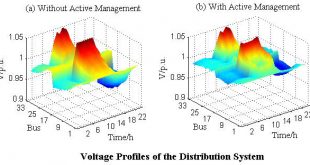