Lithium batteries (LIBs) have attracted remarkable research attention attributed to their widespread applications in mobile devices, biomedical equipment and electric vehicles. They have several advantages over one-time energy sources like fossil fuels, including long service life, high power density and relatively low environmental impact. LIBs are generally complex electrochemical systems whose safety, lifespan and health status are affected by a number of factors, such as electrode materials, manufacturing process, working environment and operation processes like overcharging and over-discharging. Additionally, the temperature distribution heterogeneity characterized by the internal bulge phenomenon associated with the increase in battery size and capacity has exacerbated the safety concerns.

The structures of LIB cells are typically sealed. Thermal multi-field/chemical/force/electric coupling interactions occur during their service life. Numerous studies have attempted to develop robust sensors that can be attached to the battery surface to monitor safety performance, including the detection of thermal and mechanical damages. As sealed systems, however, large sensing devices are generally not suitable. Moreover, sensors fail to directly monitor the changes in the battery’s internal environment because they are placed on the external surface.

Pyroelectric/piezoelectric materials are potential candidates for monitoring the dynamic mechanical/thermal damage by reducing the crystal orientation or deformation and facilitating real-time conversion of the dynamic thermal/mechanical to electrical signals. Sensors based on such materials can detect the generated electrical signals to respond to dynamic mechanical/thermal damage. Therefore, developing effective and robust sensors to monitor and manage the safety and performance of LIBs requires thorough in-situ characterization of the battery temperature parameters and internal mechanics.

Herein, Dr. Xiaoli Peng, Jiang Han, Qian Zhang, Professor Yong Xiang and Professor Xiaoran Hu from the University of Electronic Science and Technology of China fabricated a LIB pressure/temperature monitoring micro thin-film sensor (LBPTMS). In their approach, the LBPTMS consisted of a flexible printed circuit anode current collector fabricated using thin piezoelectric/pyroelectric poly (vinylidene fluoride-trifluoroethylene) (PVDF-TrFE) film. The micro thin-film sensor was further integrated within the battery for real-time monitoring of the mechanical and thermal damage to the battery. Their work is currently published in the journal, Sensors and Actuators A: Physical.

The authors showed the effectiveness of the proposed sensor in monitoring and responding to the internal pressure and mechanical and thermal damage of the battery in real time without interfering with its operations. For instance, it had no negative impact on the cycling characteristics of the LIB. When the sensor was impacted by forces of 4,6,8 and 10 N, corresponding piezoelectric pulse voltages of -1.9, -2.4, -4.8 and -8.2 mV were recorded, respectively.

When the temperature inside the battery suddenly rose to 1.3 °C and 285 °C, pyroelectric pulse voltage signals of 125 µV and 2.25 mV were respectively sensed in real-time. Moreover, an electrical signal of -3.5 mV was collected during battery bulging. The thermal and pressure signals were classified using oscilloscopes and peak separation software. The discharge capacity retention ratios of the sensor integrated LIBs were 100%, 96.7% and 90.7% at 0.5, 1 and 2 C, respectively. At constant charge/discharge current density of 0.5/0.5 C, it maintained 85.24% capacity retention after 100 cycles.

In summary, the fabrication of a thin-film sensor based on piezoelectric/pyroelectric PVDF-TrFE material was reported. The sensor was integrated within a LIB for real-time monitoring. It provided adequate early warning of potential LIB damage and failure. Such information could be used to significantly improve the battery health status and safety performance, thereby preventing related widespread catastrophic failures and accidents. In a statement to Advances in Engineering, Professor Xiaoran Hu stated that this method would contribute to the effective and efficient management of the performance and safety of LIBs. 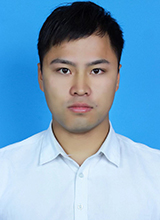 Jiang Han received a bachelor’s degree from the Xihua University in 2019. Since 2019, he has been pursuing a master’s degree at the University of Electronic Science and Technology of China (UESTC) School of Materials and Energy. He is committed to the development and application research of electrochemical sensor. 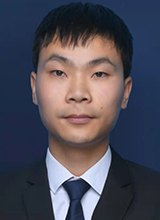 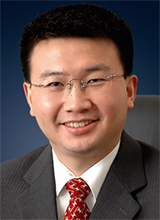 Yong Xiang is currently a Professor and Dean of Advanced Energy Institute at University of Electronic Science & Technology of China (UESTC), Chengdu, Sichuan. He received his B.S. from University of Science & Technology of China, M.S. and Ph.D. from Harvard university.He is currently developing high-throughput experimentation tools for materials genome engineering, with applications to solid-state Li-ion batteries, compound semiconductors, and piezoelectric sensors. 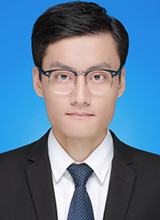 Xiaoran Hu received his B.S. and Ph.D. degrees in Beijing University of Chemical Technology (BUCT) in 2012 and 2017, respectively. Since 2019, he has been a associated professor of materials and energy school, University of Electronic Science and Technology of China (UESTC). His research interests include smart functional materials and device, and multifunctional bio-based polymer. 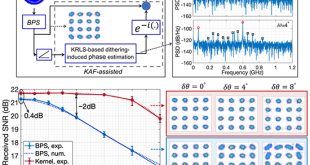