Advanced paving materials have been recently developed to meet the increasing need for high-performance pavements. In particular, asphalt binder has attracted the attention of researchers for enhancing the performance of pavements due to its adhesive nature. Unfortunately, the black exterior found on most of the asphalt binders is highly disadvantageous as it increases the solar radiation absorption rate. This results in high pavement temperatures, aging-related distress, and permanent pavement deformation.

Presently, several approaches have been employed to address the aforementioned challenges. For instance, the addition of modifiers to asphalt binders to increase the aging resistances and reducing solar absorption rate are among the solution measures for enhancing the performance and durability of pavements. This is very familiar with cool paving materials, which are most suitable for reducing the pavement temperatures during summer and ineffective during winter seasons.

Development of innovative thermochromic materials is a promising solution to these challenges. These materials can adjust their appearance colors in relation to the temperature thus suitable for both summer and winter. Consequently, they exhibit dynamic optical and thermal properties that raise a lot of questions on their ability to control pavement surface temperature when used together with asphalt binder. Recent studies have shown that asphalt binder added with thermochromic materials can reduce surface pavement temperature during summer and increase the temperatures during winter. In addition, the high reflectivity especially within the near-infrared range can help resist the thermal and photo-oxidation aging that may also affect the performance of the pavement. On the other hand, indoor artificial simulations have been used to determine the durability of these materials under the effects of the natural environment. However, due to its limitations, it is also necessary to explore the aging behavior of thermochromic asphalt binder in real weathering conditions.

Recently, Hunan University scientists: Zihao Chen (PhD candidate), Dr. Henglong Zhang, Professor Caijun Shi and Chuanwen Wei (Msc candidate) cross-examined the weathering aging effects on the rheological and chemical evolutions of thermochromic asphalt binder materials. Fundamentally, the work was based on dynamic shear rheometer tests and Fourier transform infrared spectroscopy analysis. On the other hand, characterization of the rheological properties was completed using complex modulus master curve, crossover frequency among others. Chemical changes during the weathering aging process were monitored by application of carboxylic and sulfoxide indexes. Eventually, the weathering mechanisms of the thermochromic asphalt binder were evaluated. The work is published in the journal, Solar Energy Materials and Solar Cells. 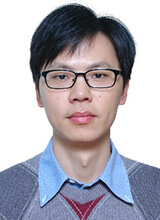 Henglong Zhang is an associate professor of Road Engineering at Key Laboratory for Green & Advanced Civil Engineering Materials and Application Technology of Hunan Province, Hunan University. He received his PhD in the field of asphalt materials from the Wuhan University of Technology, China, in 2012. He was granted by Huxiang Youth Talents Program of Hunan Province of China. He is the Editorial Board Member of “Journal of Testing & Evaluation” (SCI indexed), “International Journal of Pavement Research & Technology” (EI indexed), “Case Studies in Construction Materials” (EI indexed), “Heliyon”. 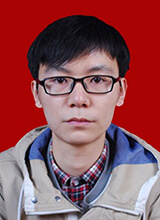 Zihao Chen is a Ph.D. candidate in the College of Civil Engineering at Hunan University. He obtained his bachelor degree in Civil Engineering from Changsha University of Science and Technology in 2015. His research interests mainly focus on aging mechanism and characterization of asphalt materials and investigation of thermochromic asphalt materials. So far, he is the author of about 12 papers published in the high quality international (SCI) journals. 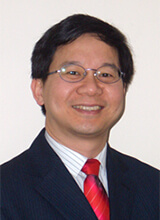