Late progress in quantum optics and quantum engineering techniques have enabled trapping of single atoms or particles and preparing them in well-defined quantum states. As ions can be isolated from the environment, quantum states are engineered by simply controlling the interaction between the environment and the trapped ions. Thus, ion traps have pushed forward the frontiers of modern physics as they produced significant breakthroughs in quantum science and quantum technology (optical clocks, quantum metrology, etc.). Trapped ions are currently considered as one of the most promising implementation of quantum information processing devices, as experiments performed in the last two decades demonstrate. On the other hand, quantum phenomena such as the quantum-classical transition or decoherence can be characterized based on the nonclassical states of the system.

The quantum time-dependent harmonic oscillator, has been used as a paradigm to describe the dynamics of a large number of physical systems. Quantum dynamics of harmonic oscillators can be inferred by using the so-called Perelomov’ generalized coherent states of the Lie algebra associated to the SU(1,1) group in quantum optics. The coherent state approach results in quantum solutions that are explicitly constructed as functions of the classical trajectories on the phase space. A general quantum Hamiltonian can be characterized by using a method to find a set of generators for the group, that form a closed Lie algebra. Hence, the Lie algebra method can be extended to investigate the Hamiltonian of a bi-dimensional charged particle in time-dependent electromagnetic fields, by exploiting the similarities between the terms of the two Hamiltonians.

Dr. Bogdan M. Mihalcea, at the National Institute for Laser, Plasma, and Radiation Physics (INFLPR) in Romania, proposed a novel technique for characterizing the evolution of squeezed coherent states for octupole and quadrupole radio-frequency and combined traps. The method uses the coherent state formalism and the time-dependent variational principle (TDVP), and it investigates the bosonic realization of the Lie algebra for the SU(1,1) group, and (generalized) coherent states in the Fock space for a trapped ion.

The research work is currently published in the Annals of Physics journal.

In the paper, Dr. Mihalcea firstly propos a dequantization algorithm that enables explicit computation of the quantum Hamilton function associated to an anharmonic oscillator (ion) confined in a combined or radiofrequency (RF) trap, which describes an algebraic model when the anharmonic part is a polynomial. Such model is shown to be linear for 3D quadrupole ion traps that exhibit axial symmetry. Then, the solutions of the Schrödinger equation and the quasienergy spectrum for the model the author suggests, are introduced. The method is then developed and applied for both RF and combined nonlinear traps with axial symmetry. The classical Hamilton functions are also built for the particular traps considered. The classical Hamilton equations of the motion also arise.

The author proposes a dequantization algorithm by which the energy function associated to the trapped ion system is a classical Hamilton function, whose values represent the expectation values of the quantum Hamiltonian on squeezed coherent states. Such formalism can be applied to Hamiltonians that are nonlinear in the infinitesimal generators of a dynamical symmetry group, such as the case of quadrupole and octupole ion traps with a RF anharmonic electric potential, which we demonstrate in the paper. An algorithm is proposed, that extends the results to any electrical multipole. We build the quantum Hamilton function associated extends the results to any electrical multipole. The quantum Hamilton function associated to an ion confined within a nonlinear combined (or RF) ion trap is built, together with the classical Hamilton functions particularized for such traps. The classical (Hamilton) equations of motion in complex coordinates are obtained for an ion confined in an octupole combined trap. The results obtained are also valid in case of the center of mass (CM) motion, for a system made of identical ions.

By using the coherent state formalism developed, particularized and applied in case of quadrupole and octupole RF and combined traps, Dr. Mihalcea shows that the dynamic group associated to an ion confined within such particular traps is the product of the symplectic axial group, a symplectic radial group and the group of rotations around the symmetry axis. In agreement with the TDVP applied on coherent states, if a harmonic analytical electric potential is added, the classical equations of motion turn into coupled nonlinear Hill equations. Thus, it is also shown that the coherent state approach leads to quantum solutions that are explicitly constructed as functions of the classical trajectories on the Lobacevski phase space. Dequantization by means of coherent states enables achieving exact connections between quantum and classical dynamical systems, that exhibit (axial) symmetry. For an ion confined within a quadrupole ion trap (QIT), the requantization operation corresponds to a geometrical quantization. The points of minimum of the dequantified Hamilton function can be identified through standard numerical programming. The algorithm suggested, combined with the latest experimental techniques, can be applied to investigate entanglement, quantum logic, and quantum simulations in a wide range of physical systems.

Bogdan Mihalcea holds a M. Sc. in Physics Engineering (1989), from the Faculty of Physics, Univ. of Bucharest, and a Ph.D. in Plasma Physics (1998), Institute of Atomic Physics (IFA), Bucharest. He currently works as a Senior Research Scientist at the National Institute for Laser, Plasma and Radiation Physics, Low Temperature Plasma Dept, in Magurele, Romania. The research portfolio spans interests such as on ion traps and applications, optical atomic clocks, and plasma acceleration techniques using PW-class lasers. Dr. Mihalcea’s interests span areas such as teaching (Associated Lecturer at the Faculty of Phys. in Bucharest between 1993-2000, Electronic Devices and Circuits), network management (CCNA, 2002-2005), operating systems (FreeBSD, NetBSD, ArchLinux, Debian), programming, history, foreign languages. He nurtures a keen interest in ultracold atoms, as most of the international and national projects Dr. Mihalcea runs are tightly connected to space, quantum engineering, quantum metrology, and Earth observation.

Go To Annals of Physics 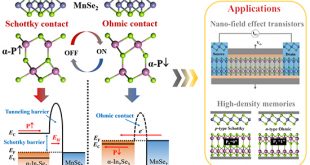