The International Maritime Organization is currently developing the second-generation intact stability criteria including the parametric rolling stability failure mode. Considering the high level of accuracy involved for the direct stability assessment, the restoration arm being among the key factors in the prediction of the parametric rolling needs to be calculated preciously. As such, some mathematical models for numerical simulation of parametric rolling have been developed to include the effects of various factors such as the influence of radiation and diffraction forces based on linear or nonlinear body methods. Recently, the body-exact method capturing the exact immersed hull surface varying with time was identified as a better alternative.

Herein, Dr. Shu-Xia Bu, Prof. Min Gu and Dr. Jiang Lu from China Ship Scientific Research Center together with Prof. Dr.-Ing. Moustafa Abdel-Maksoud from the Hamburg University of Technology investigated the effects of radiation and diffraction roll moments on the prediction of parametric rolling based on the body exact method. The wave pressure was integrated up to the instantaneous wave surface to determine the hydrodynamic forces. The main aim was to improve the calculation accuracy of the roll restoring arm under different heeling angles and wave amplitudes. Their work is currently published in the research journal, Ocean Engineering.

As proof of the concept, the authors used an example of a passenger ship and compared the calculation results of accuracy of the body exact method to the body linear method. The effects of the hydrodynamic components i.e. radiation and diffraction roll moments on the roll restoring arms exhibited nonlinear relationship with the heeling angles and the wave amplitudes. This explained the reason as to why the instantaneous roll angles should be taken into consideration when calculating the radiation and diffraction roll moments.

The authors noted that the nonlinear characteristics became more pronounced at high ship speeds. Therefore, it was important to improve the linear seakeeping theory for accurate calculation of large roll amplitude at high wave steepness based on the real wave amplitude. Considering the improvements achieved when the effects of the radiation and diffraction forces were taken into account, the body exact method proved a more efficient approach for the accurate prediction of the parametric rolling in the head waves as compared to the conventional body linear method.

Based on the results, it was indeed important to account for the nonlinear effects of instantaneous roll angles and wave amplitudes on the roll restoring arm variation in waves during the prediction of the parametric rolling in head waves. Furthermore, it was worth noting that the influence of the radiation and diffraction forces may be strengthened in some cases, which needs future research. 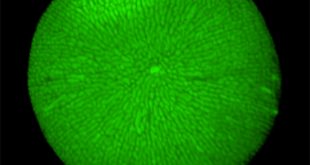