The goal of reliability analysis is to assess the reliability of a scale of measurement, or, in other words, that the construct systems are coherent and measure the same thing. Similarly, it is used to assess the reliability index of systems during the lifetime under the specified working conditions, which provides the theoretic foundation for risk control, maintenance decision and also design improvement. However, for highly reliable systems, it is difficult to collect sufficient data for reliability assessment via statistics-based methods. As such, it is considered a reasonable choice to use physics-based methods for reliability assessment. Over the years, it has been observed that for real-life dynamic and/or vibratory systems, the performance is usually time-variant and highly nonlinear due to time-variant loads, operating conditions, and stresses, among others. Consequently, time-variant reliability analysis methods are urgently required for precisely assessing systems’ reliability. To date, several methods have been reported; which can be classified into two: simulation methods and analytic methods.

Generally, a thorough review of most of the methods under these two categories reveal that there are inherent shortfalls that must be resolved for effective applications of these methods. Specifically, it has been shown that for efficient time-variant reliability prediction for dynamic systems, large amount of information is needed for prediction. To address this, researchers from the University of Electronic Science and Technology of China: Professor Wang Zhonglai, Liu Jing and Dr. Yu Shui developed a new method that takes into consideration failure correlation and partial information. To be precise, they put forth a physics-based reliability prediction method which entailed the use of partial information. Their work is currently published in the research journal, Reliability Engineering and System Safety.

To begin with, the researchers first estimated the cumulative probabilities of failure for the given time intervals with complete information based on the subset simulation with splitting and time-variant copula function. Next, an appropriate probability distribution was then selected for fitting the estimated cumulative probabilities of failure. The partial information, which could be collected from mathematical models or the physical experiments during the later time intervals, was used to effectively update the distribution parameters to improve the prediction accuracy. Lastly, the researchers employed a case study of a vibratory system representing the quarter car model to testify the proposed method.

Overall, the study illustrated and quantified failure correlation with progressing time using a time-variant reliability estimation method based on the time-varying copula function and subset simulation. Remarkably, the case study confirmed the effectiveness of the computational approach both its efficiency and accuracy.

In summary, that study presented a novel method to increase the computational efficiency while only considering the partial information for dynamic systems. In the proposed approach, an engineering case of a vibratory system was employed to illustrate and testify the proposed method. In a statement to Advances in Engineering, Professor Wang Zhonglai highlighted that results from their approach, showed the computational efficiency was increased by nearly 5 times under the satisfaction of error being less than 8%.

He has over 60 publications, including more than 40 journal papers in the prestigious journals, such as Reliability Engineering & System Safety, ASME Journal of Mechanical Design, IEEE Transactions on Reliability and 1 book chapter. He is also the editorial board member or associate editor of some journals. He has served as PI or Co-PI over 15 research projects in the related research fields. He has been selected as “the Most Cited Chinese Researchers” in safety, risk, reliability and quality field for six times from the year 2014 to 2019 by Elsevier. 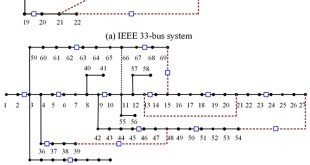