Percussion drilling is traditionally a manual drilling technique in which a heavy cutting or hammering bit attached to a rope or cable is lowered in the open hole or inside a temporary casing. Today, percussion action is performed by an automated hydraulic or pneumatic hammer. This technique is efficient, especially in hard rock formations as it exploits impact induced stress waves, which dynamically indent a drill bit into the rock, crushing the rock immediately beneath the bit inserts. Nonetheless, percussive drilling technique suffers from some drawbacks that incur substantial costs. In particular, the wear of the hard metal inserts in drill bits is the major problem. Moreover, the performance, in terms of the rate of penetration, decreases drastically under confining and down-the-hole pressures at deep wells. Overall, these serious shortcomings make the percussive drilling unattractive in applications such as accessing geothermal energy, which requires drilling extremely deep wells into hard rocks in many locations on the globe. Therefore, alternative drilling techniques are being actively sought after at present. Such endeavors have yielded the thermal jet technique; a new non-mechanical drilling technique based on the thermal spallation phenomenon. Typically, it employs the principle of thermal spallation. Recent research has shown that the minimal temperature required for spallation to occur in granitic rocks is 550–650 °C.

Therefore, it seems that thermally assisted drilling, where the thermal shock induced weakening of the rock facilitates the subsequent mechanical breakage by conventional cutters, would be a suitable approach. To this end, various noteworthy literatures have demonstrated experimentally that the percussive drilling action can be enhanced by weakening the rock first, with a flame torch. Nonetheless, there is need for further research. On this account, Dr. Timo Saksala from the Tampere University in Finland conduct a new and genuine 3D numerical study on the thermal shock assisted percussive drilling using a special triple-button bit and several consecutive impacts while indexing the bit between the impacts. He identified the enhancement mechanism and to quantify how much the percussive drilling action can be enhanced after a thermal shock pre-treatment under shallow and deep well conditions. His work is currently published in the research journal, Computers and Geotechnics.

In his approach, the governing thermo-mechanical problem was solved with the finite element method. More so, rock failure due to mechanical and thermal loadings was described by a damage-viscoplasticity model. Further, the bit-rock interaction and the thermal jet heating were solved with an explicit time marching scheme. In the numerical simulations, the percussion drilling action, i.e. the dynamic indentation, on Kuru granite with a special triple-button bit was simulated. Lastly, the effect of confining and down-the-hole pressures, simulating deep well drilling, were tested with an initial borehole setting.

The author reported that based on his investigations, the heat shock pre-treatment of the bit insert (button) target areas on the rock surface may not necessarily enhance the cracking or breakage of the rock. His findings that heat shock pre-treatment of judiciously chosen target areas between the bit-buttons enhanced significantly the percussive drilling performance by facilitating the creation of side cracks or spalls (chips) that connect the crack/damage systems (craters) induced by the individual buttons. Moreover, down-the-hole pressure was seen to be highly detrimental in suppressing both the thermal shock induced tensile damage and the percussion action induced side cracking or chipping of the rock material between the bit-buttons.

In summary, the study presented successfully a fully three-dimensional numerical feasibility investigation on the heat shock assisted percussive drilling. The simulations used considered the effect of heat shock pre-treatment on percussive drilling performance using a special triple-button bit under shallow and deep well conditions. Remarkably, the author reported that heat shock treatment enhanced the performance of percussive drilling by facilitating the interaction of the damage systems induced by adjacent buttons in both shallow and deep wells. Also, down-the-hole pressure was seen to severely impede both the thermally and mechanically induced damage. In a statement to Advances in Engineering, Dr. Timo Saksala mentioned that his work yielded fundamental inputs in this field, nonetheless, further empirical studies ought to be carried out in order to properly validate the presented numerical approach. 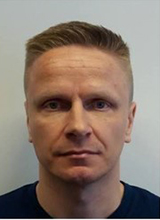 He has a 5 years research project on numerical modelling of advanced rock drilling techniques. This project develops multi-physics numerical methods to simulate and study the feasibility of advanced rock excavation techniques. These include non-mechanical agents, such as microwaves and thermal jets that are used to enhance the mechanical rock breakage. He is also an Adjunct Professor of Rock Dynamics at TAU. He is an editorial board member of the Hindawi Journal Editorial Board of Advances in Civil Engineering.

Go To Computers and Geotechnics