The adhesion of particles on walls is significant in determining the resuspension and deposition of particles. Studying dust adhesion is crucial in safety analysis and prevention of radioactivity diffusion that is highly associated with micro-scale graphite dust that may adhere to the walls of high-temperature-gas-cooled reactors (HTGRs). Adhesion is mainly produced by Van der Waals forces as well as electrostatic and liquid bridge forces. For most HTGRs, graphite dust is characterized by wide particle sizes distribution, irregular shapes and unpredictable wall roughness. This makes it difficult to directly apply theoretical adhesion models based on smooth flat surfaces and spheres to study adhesion characteristics. To this end, atomic force microscopy (AFM) has been employed in most studies, and it gives considerably realistic adhesion forces between surfaces and particles. Despite the widespread use of AFM to study the adhesion forces, this approach is not sufficient for quantitative study of the various factors influencing adhesion due to the poor understanding of the particles and wall profiles.

In addition to AFM measurements, numerical simulations have also been lately adopted in the study of adhesion forces. Due to the contact deformation of graphite and micron-scale particles in HTGRs, finite element method (FEM) has been deemed suitable for characterizing the deformation between walls and graphite dust. Notably, several theories like Lennard-Jones potential and fracture mechanism have been widely used for accurate application of FEM to adhesion studies. Several studies have shown the importance of these theories in accurately predicting the adhesion of particles. Unfortunately, the influence of wall roughness on particle adhesion in HTGRs is sparsely explored.

On this account, Tsinghua University researchers: Dr. Qi Sun, Professor Wei Peng, Dr. Xiao Hai and Professor Suyuan Yu studied the adhesion forces between graphite particles and rough Inconel 617 walls. AFM was used to measure the adhesion of various particles and roughness morphology during the contact process. On the other hand, a combination of FEM and Lennard-Jones potential theory was used to determine the adhesion forces between the walls and the particles and validate the numerical simulation. Finally, the effects of the wall roughness on the adhesion and the differences between the theoretical models and measurements were discussed. The research work is currently published in the research journal, Advanced power technology.

The research team reported maximum adhesion at the pull-off point because of particle deformation and contact radius. Although the adhesion increased with an increase in the particle sizes, the difference between the theoretical models and AFM measures was attributed to the contact hypothesis between the smooth flat planes and the spherical particles. While the adhesion force of spherical particles was mainly influenced by the local curvature, the different contact regimes of rough walls produce different adhesion trends. For instance, AFM measurements closer to FEM predictions were obtained when discrete wall roughness with truncated cones and hemispheres were used. This indicates the dominant effects of wall roughness on the particle-wall adhesion characteristics.

In summary, the study characterized the adhesion of graphite particles on Inconel 617 walls using a combination of AFM, FEM and Lennard-Jones potential theory. This approach provided a reasonable prediction of the deformation, phase evolution and overlap of the graphite particle during the contact process. The authors further noted that even though realistic reactor conditions cannot be performed with the present system, the influence of different factors like temperature and pressure will not change the dominant influence of roughness. Specifically, Dr. Peng stated that the study insights would enable the characterization of other factors, such as pressure and temperature, on adhesion. 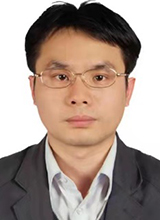 Dr. Wei Peng is an associate professor at the Institute of Nuclear and New Energy Technology, Tsinghua University. He received his ph.D in the Department of Thermal Engineering of Tsinghua University in 2010. His research interests include aerosol mechanics, thermal applications of advanced nuclear energy, and thermal protection of high temperature wall.

Qi Sun is a phD student at the Institute of Nuclear and New Energy Technology, Tsinghua University. His research interest is the transport behavior of particles or dust in advanced nuclear reactor system and environment.

Droplet size measurements inside a Venturi