The role of Bhattacharyya distance in stochastic model updating

Several methodologies for stochastic model updating have been developed. Regardless of the method used, the uncertainty quantification metric definition is of great importance in defining the uncertainty discrepancy in a data sample. However, uncertainty quantification metric with the ability to capture higher level data has remained a great challenge. Alternatively, researchers have recently identified Bhattacharyya distance, a measurement method between two sample data taking into account the probability distribution, as a promising solution for capturing high-level statistical information. Even though it has high potential for improving the uncertainty treatment, its application in stochastic model updating has not been fully explored due to its complexity and time-consuming nature.

To this note, Leibniz University Hannover scientists: Dr. Sifeng Bi, Dr. Matteo Broggi and Professor Michael Beer looked at the feasibility of using Bhattacharyya distance as an uncertainty quantification matrix in the stochastic model updating approach. Fundamentally, they aimed at solving the NASA uncertainty quantification challenge problems including the uncertainty characterization based on the approximate Bayesian computational approach. Additionally, they investigated the advantages of using the Bhattacharyya distance metric in solving real-world practical problems. Their work is currently published in the journal, Mechanical Systems and Signal Processing.

In summary, Professor Michael Beer and his research team demonstrated the role of Bhattacharyya distance in stochastic model updating thus enabling efficient stochastic sensitivity analysis. To actualize their study, they accessed the performance of the developed framework in two different applications: simulated mass-spring problem and benchmark-based uncertainty treatment problem. Interestingly, in all the two cases, a quality gain for stochastic updating was obtained. Therefore, the study will advance future uncertainty characterization and stochastic model updating. 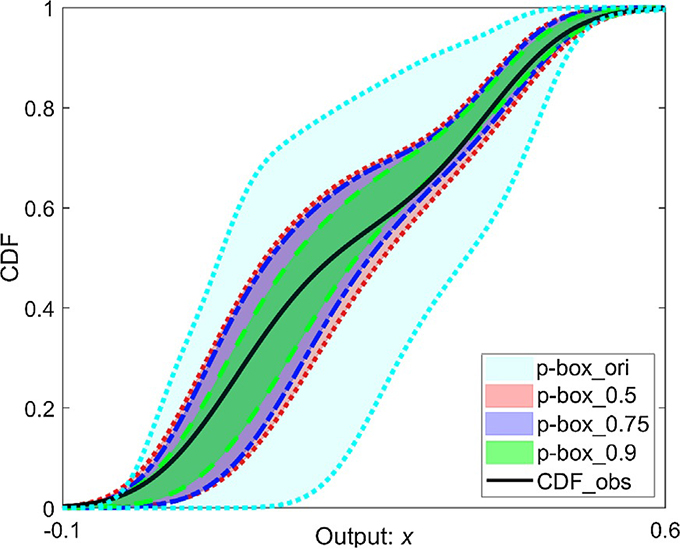 Dr. Sifeng Bi is currently an Alexander von Humboldt Research Fellow in the Institute for Risk and Reliability, Leibniz Universität Hannover, Germany. He got his doctoral degree on aircraft design from Beihang University (also known as the Beijing University of Aeronautics and Astronautics), in 2015, and subsequently joined the Femto-ST Institute, France, as a post-doctoral researcher of the French National Center for Scientific Research (CNRS). Then he was granted the Humboldt Research Fellowship, and joined the Institute for Risk and Reliability since 2017.

His research topics are uncertainty quantification, stochastic model updating and validation, especially in the application of vibroacoustics and complex structural dynamics.

He was recognized as the “2018 REVIEWER OF THE YEAR” by the American Society of Mechanical Engineers (ASME), and he is also the recipient of the best paper award of the 2017 International Conference in Aerospace for Young Scientists.

Dr. Matteo Broggi is Senior Research Associate of the Institute for Risk and Reliability, Leibniz Universität Hannover, Germany, since 2016, and since 2018 he is the deputy head of the institute. He obtained a doctoral degree in October 2011 at the unit of Engineering Mechnics of the Leopold-Franzens-Universität Innsbruck, Austria, under the supervision of Prof. Schuëller. From 2012 to 2014 he pursued a post-doctoral research at the Virtual Engineering Centre, University of Liverpool, UK, working on industrial projects as well as research activities.

From 2014 to 2015 he held two positions at University of Liverpool, working as a part-time lecturer and research at the Institute for Risk and Uncertainty as well as continuing his work at the Virtual Engineering Centre while leading an industrial project.

Dr. Broggi is the recipient of the 2011 best paper award of the International Journal of Structural Stability and Dynamics and of the best presented paper award at the 2015 NAFEMS world congress.

Dr. Beer’s research is focused on uncertainty quantification in engineering with emphasis on imprecise probabilities. Dr. Beer is Editor in Chief (joint) of the Encyclopedia of Earthquake Engineering, Associate Editor of the ASCE-ASME Journal of Risk and Uncertainty in Engineering Systems, Associate Editor of the International Journal of Reliability and Safety, and Member of thirteen Editorial Boards including Probabilistic Engineering Mechanics, Computers & Structures, Structural Safety, Mechanical Systems and Signal Processing, and International Journal for Uncertainty Quantification.

He has won several awards including the CADLM PRIZE 2007 – Intelligent Optimal Design and a Certificate for Highly Cited Research in Structural Safety. His publications include a book, several monographs and a large number of journal and conference papers. He is a Fellow of the Alexander von Humboldt-Foundation, Chair of the C(PS)2 of the Bernoulli Society and Member of ASCE (EMI), ASME, IACM, ESRA, EASD, and GACM.