Myocardial tissue engineering has attracted significant research attention due to the high rate of cardiovascular death. Regarding the complexity of the heart, various challenges have been faced in an attempt to develop advanced myocardial tissues for various medical applications. For instance, various limitations such as lack of vascularization have made it difficult to fabricate three-dimensional thick myocardial tissues capable of replicating essential structures, mechano-electrical and biochemical properties of native cardiac tissues.

Complex vascular networks are generally fabricated using layer-by-layer assembly and subtractive fabrication methods. The former involves accurate stacking and lamination of individual layers that are time-consuming and thus unsuitable for the design of branched vascular tissues. On the other hand, the sacrificial molding method that involves embedding sacrificial structures within hydrogel has been used in the fabrication of vascular networks due to the possibility of either molding or 3D printing the templates. Unfortunately, most of these methods do not produce vascular networks with effective abilities to mimic the anisotropy of native myocardial tissues.

An oriented thermally induced phase separation technique was used to fabricate the oriented micro-pores while the channel network was produced by embedding and dissolving the 3D printed carbohydrate template. Additionally, it was important to enhance the permeability of the channels by incorporating the micro-holes on the channel walls. Finally, they assessed the effects of the sacrificial template on the formation of oriented micro-pores during scaffold fabrication.

This is the first study to successfully incorporate a channel network with oriented porous scaffold other than hydrogel to effectively mimic the (anisotropic) features of native heat. To prove the concept, the authors carried out cell culture experiments with cardiomyocytes and endothelial cells to demonstrate the feasibility of the scaffold method. Based on the calcium transient results, the formation of a connection between the cardiomyocytes within the scaffold was observed.

Altogether, the scaffold method reported by Tsinghua University scientists in the study is a promising approach for inducing the formation of perfusable vascular networks to allow the creation of thick vascularized cardiac tissues. This will further optimize and improve the mass transport efficiency which will advance its clinical applications. 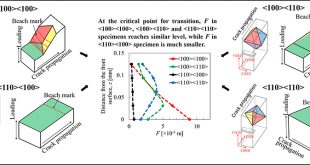