Over the years, natural gas (>80% methane) has become the most popular source of heating for many households. Such popularity can be credited to abundant availability coupled with affordability. More so, many cities advocate for its use due to it high energy density and low carbon dioxide emission. However, worldwide acceleration in the consumption of natural gas is gradually deteriorating regionally; a consequence of lack of effective storage and transport technologies. Although tremendous effort has been made, liquefied natural gas (LNG) is still the most accessible, with respect to the consideration of safety and low cost. One promising alternative technology to conveniently store and transport natural gas is commonly proposed to be natural gas hydrates (NGHs), which can deliver ca. 170 m3 of methane per unit volume at standard condition. So far, published research examining this new approach have reported that stochastic nucleation of hydrates usually corresponds to long induction period, and this coupling with low methane storage capacity limits its commercial application. To this end, the pursuit of fast kinetics and high methane storage capacity of natural gas hydrates has been on a meteoric rise.

In essence, although methane storage in dry activated carbon (AC) has not been popularized, the use of typical porous media: such as pre-adsorbed water activated carbon (PW-AC) under hydrate favorable conditions, has been confirmed to be more efficient due to the hybrid effect of adsorption and hydration. Although the synergy of adsorption and hydration were confirmed to correspond to large methane storage capacity in PW-AC, the mechanisms with respect to fast hydrate nucleation and growth kinetics are still unclear to some extent. Bearing this in mind, researchers from the Qingdao University of Science and Technology in China: Dr. Guodong Zhang, Dr. Mengting Sun, Dr. Bingjie Liu and Professor Fei Wang, proposed a novel adsorption-induced two-way nano-convection mechanism. They aimed at addressing how methane is absorbed on PW-AC, how confined pore-space influences hydrate morphologies and how the content of pre-adsorbed water influences hydrate formation. Their work is currently published in the Chemical Engineering Journal.

In their approach, they used sapphire crystallizer to estimate hydrate nucleation and growth kinetics loaded by AC. Typically, the crystallizer was laid in a thermostatic chamber to keep a constant experimental temperature, and a camera was used to record the growth of methane hydrates via remote control by taking a picture every two minutes. In addition, the crystallizer was ‘de-gased’ three times using methane before each experiment, which was repeated three times under the same condition. Overall, the researchers also evaluated the chemical properties on AC surface, where almost no oxygen containing functional groups was observed.

The authors reported that two new kinds of hydrate morphologies, hydrate chunks and hydrate fibers, were clearly observed on AC bed as anticipated based on the new mechanism, which nucleate and grow in interstitial and inner pores, respectively. Remarkably, it noteworthy to mention that this was the first observation of hydrate fibers on AC surface, the size of which is governed by pore size and pre-adsorbed water contents.

In summary, the study investigated on the hybrid effect of physical adsorption and hydration on methane storage in PW-AC. Surprisingly, an adsorption induction period was first observed, which was extremely short and independent of the adsorption pressure. Most impressively, hydrate formation kinetics provide new information, which is beneficial to improve the understanding on the mechanisms corresponding to fast kinetics of hydrate nucleation and growth. In a statement to Advances in Engineering, Professor Fei Wang said their findings will pave way for methane storage using PW-AC under hydrate favorable conditions, which is a step towards of the industrial application of this promising technology. 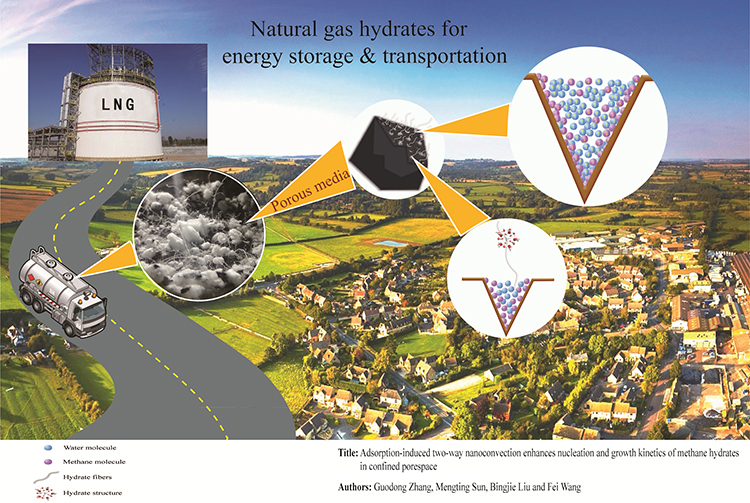 Prof. Fei Wang currently works as the leader of Hydrate-based Energy Research Group in Qingdao University of Science & Technology, China. He earned his PhD in Chemical Engineering from the University of Chinese Academy of Sciences in July 2016 and then continued with his postdoctoral research in Qingdao Institute of Bioenergy and Bioprocess Technology, Chinese Academy of Sciences, until Aug 2018 with the research topic of hydrate-based natural gas storage and transportation. In September 2018, he was designated as high-level personnel and joined as a professor in Qingdao University of Science and Technology, where he built the Hydrate-based Energy Research Group, with the research scope of hydrate-based natural gas/hydrogen storage & transportation, CO2 capture, and seawater desalination, etc.

Currently, the research group consists of one Professor, four associated Professor, and thirteen graduate students, and the featured achievements include the development of novel nanopromoters for gas hydrate formation and facilities those can achieve the continuous preparation of natural gas hydrates.

Dr. Guodong Zhang is currently an associate professor in the College of Electromechanical Engineering, Qingdao University of Science and Technology. He received his Ph.D. degree from China University of Petroleum (East China) in 2017, and he has one year’s visitation in Colorado School of Mines in 2016 as a visiting Ph.D. student. He worked predominately on research related to the optimization of artificial lift technology in oil and gas production, particle-fluid slurry transport, CFD-DEM simulation, and geothermal energy development for the last 10 years. He has been working in the field of hydrate-based solidified natural gas technologies since 2019, and his current research interest on hydrate field mainly lies in microscopic dynamics in confined nanospace, formation and dissociation in porous media, and quickly continuous formation. Dr. Zhang is the recipient of the Outstanding Paper Award of the 9th Annual Youth Academic Conference of China Petroleum Society in 2015 and 18th APT Distinguished Paper Award of The Society of Japan Powder Technology in 2020. He is a scientific supervisor of 5+ national research projects (National Natural Science Foundation of China, Natural Science Foundation of Shandong Province, China, and the Opening Fund of Key Laboratory). He has over 40 publications in scientific journals, including Chemical Engineering Journal, Fuel, Powder Technology, Advanced Powder Technology, Journal of Natural Gas Science and Engineering and Granular Matter, etc, and he applied more than 10 patents in various areas related to petroleum and chemical industry. 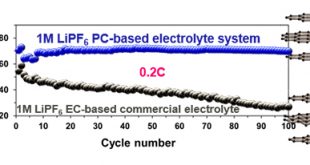