Dual-phase steels are generally used in the automotive industry owing to their combination of good ductility and high strength in reducing car weight, fuel consumption, and carbon emissions. These properties result from microstructure mainly composed of soft polygonal ferrite as well as hard martensite phase. In-depth understanding of the mechanical behavior of these steels is important in the course of forming processes and in service. A number of studies have been focused on plastic deformation of steel. Unfortunately, the evaluation to analyze quantitatively the mechanical behavior to establish the local deformation modes around a number of microstructural elements as observed by the stress-strain curve remains insufficient irrespective of the advancement in microstructural characterization using up-to-date optical, electron, atomic and x-ray imaging devices.

Recently a constitutive relation analysis has been developed based on the formulation of a functional relationship between the amount of energy needed to form slipped areas to be consistent with the imposed strain and equated with the amount of stored work. Professor Shigeo Saimoto at Queen’s University in Canada in collaboration with Dr Ilana Timokhina at Deakin University and Professor Elena Pereloma at University of Wollongong in Australia developed a new method for better characterization of structure–strength–ductility changes. Their research work is published in JOM.

The authors realized the limitation of characterization of strength and structure by correlating the structure with x-ray, electron, or even atomic imaging technologies to the bulk mechanical tensile parameters of plastic yielding and yield stress response. This is due to the fact that structure parameters embedded in the stress-strain data cannot be identified without an analyzable constitutive relation.

Fortunately, a new functional slip-based constitutive formulation with accurate digital fitting parameters can replicate the measured data with a minimum of two loci. For this reason, the research team sought the possibility of identifying the mechanical response because of a number of microstructural components. The mean slip distance, which was the key parameter, could be calibrated from the initial work-hardening slope at 0.2% strain from which all the fit parameters could be generated.

The application of the resulting constitutive relations analyses to dual-phase steel products indicated that stress-strain loci revealed additional parameters that correlated to the TEM and APT observations. The new parameter was the determination of friction parameter by back-extrapolation of the initial fit locus to define the stress at which dislocations could have initiated its percolation pre-yield process in case the yield point was absent.

The analysis presented separated the yielding from the post yield point elongation plastic processes, and friction stress defined the stress generating the heat in dislocation movement. The shape change was therefore correlated to the mean slip distance. The authors also observed that the evolving work hardening processes appeared to quickly change in the diffuse neck zone and correlate to the start microstructure. Their study therefore concluded that the constitutive relations analysis is more precise and improved approach that can be applied for materials testing examination.

She is the author of 2 book chapters, 91 journal papers and 30 refereed conference papers. Dr Timokhina has 5 years’ experience in the semiconductor thin films area and over 17 years’ experience in engineering research. This has involved conceiving and managing research programs of various degrees of complexity. She has significant experience in discovering the structure-property relationships in metals, predominantly in steels such as martensitic, TRIP, Dual Phase, NANO, advanced HSLA, TWIP, QP and High Strength bainitic steels and Al, Mg and Ti alloys utilizing Transmission and Scanning Electron microscopy, Atom Probe Field Ion Microscopy, X-Ray analysis and mechanical testing, small punch testing etc. as her main research tools. Over the past decade the main focus of Dr Timokhina research has been characterization of strengthening mechanisms, clustering and precipitation, solutes redistribution in Advanced High Strength Low Alloy Steels after thermomechanical processing and additional heat-treatments for the automotive, construction, mining and defense industry. Dr Timokhina has also experience in texture analysis of metals after hot rolling, warm rolling and room temperature Equal Channel angular extrusion.

Shigeo Saimoto Raised in British Columbia, Shig to his family and friends, graduated from the University of British Columbia with a B.A.Sc. in Engineering Physics, followed by M.A.Sc. in Metallurgical Engineering. After a summer studentship at CANMET in Ottawa, he proceeded to Massachusetts Institute of Technology for his Ph.D. in Metallurgy. He returned to Ottawa, Canada on a National Research Council Fellowship at the Division of Physics.  After two years, he joined the Faculty of Engineering at Queen’s University at Kingston, Ontario.

He is currently Professor Emeritus in the Department of Mechanical and Materials Engineering. His current interest is in the integration of basic crystal plasticity principles with metal fabrication processes. So his studies, after a long journey in crystal physics, are returning to his roots in metal fabrication which he acquired at the Metals Processing Laboratory at MIT. He has been an NSERC grant holder throughout his tenure at Queen’s University and also a grantee of the Ontario Centre for Materials Research. 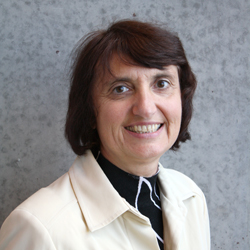 Professor Pereloma has been a Chief Investigator on many national competitive grants. She is also a CI in the ARC Research Hub for Australian Steel Manufacturing. Professor Pereloma received numerous awards for her research including Honorary Doctor of Sciences and V.G. Kurdjumov Medal, Institute for Metal Physics, Ukraine, Sawamura Award, The Iron and Steel Institute of Japan, the Florence M. Taylor Medal, The Institute of Materials Engineering Australasia.

Professor Pereloma has been an invited and keynote speaker, chair and member of organizing committee, member of the International Advisory Committee, session chair at a number of national and international conferences. She is on the Editorial Board for the Materials Science and Engineering A, Metals, Journal of Metallurgy and Metal Physics and Advanced Technologies journal, and was on the Advisory Board for the journal of the Iron and Steel Institute of Japan International (2011-14) and La Metallurgia Italiana. She is an international reader for several granting bodies including Australian Research Council, The Research Foundation –Flanders (FWO), NSERC, Canada, FONDYCET, Chile, The Innovation and Technology Commission, Hong Kong, National Science Centre, Poland and Christian Doppler Foundation, Austria.

Professor Pereloma has served as a Research Evaluation Committee member on the Engineering and Environmental Sciences (EE) panel for Excellence in Research for Australia (ERA) 2010 and 2015.