Droplets generator: Formation and control of main and satellite droplets

Procedures such as printing of electronics, DNA arranging, formation of three-dimensional objects by the deposition of molten metal droplets, drug and food manufacture- among others, apply uniform droplets production technology. Continuous ink jet (CIJ) and drop-on-demand (DOD) printing techniques have been applied widely for producing uniform droplets. A comparison of the two has shown that the latter has a higher droplets formation frequency. As for the CIJ technique, during droplet formation, the breakup process of jet-flow is normally affected by some factors, namely; gas pressure, perturbation frequency and nozzle diameter. CIJ technology is an effective and important method for formation of uniform droplets by optimizing experiment parameters.

Previous studies have shown that perturbation imposed on the surface of the jet-flow is one of the primary parameters to control droplets formation. Presently, the desired perturbation is normally produced by a piezoelectric transducer. Unfortunately, it typically uses a medium, such as vibrational rod, to amplify the perturbation amplitude, and the structure of the whole system is complicated. Therefore, a facile stable means of generating stable disturbance is necessitated.

Recently, researchers led by Dr. Tongju Wang and colleagues from the School of Materials Science and Engineering at Beijing University of Technology presented a novel technique of producing stable disturbance wave. Their main objective was to study the droplets breakup modes at different nozzle diameters. As such, the main feature of their new method was that the pulse electromagnetic force was produced and imposed on an elastic diaphragm when an external constant electromagnetic field and an internal pulsed current passed through gallium-based liquid metal. Their work is currently published in the research journal, Colloids and Surfaces A.

Dr. Tongju Wang has published a series of research papers on some scientific journals, such as: Vacuum, Review of Scientific Instruments and Colloids and Surfaces A. Moreover, he has applied 4 invention patents of China.

Yongping Lei is a professor of material processing engineering at Beijing University of Technology (BJUT). He received his B.S. degree and M.S. degree in materials science and engineering from Northwestern Polytechnical University, and Ph.D. degree from Xi ‘an Jiaotong University.

Prof. Yongping Lei is known internationally for his research on materials of microelectronic assembly, wire-arc additive manufacturing, numerical simulation of material processing, the uniform droplets formation and the production of solder ball.

Go To Colloids and Surfaces A 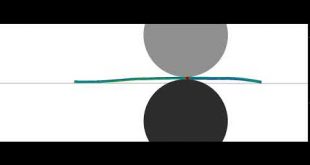