Cellulose I and II polymorphs are commonly observed structures in cellulose materials. Cellulose II can be produced through the conversion of cellulose I; a process that usually involves dissolution, during which the hydrogen bonds in cellulose I polymorph undergo some dynamic changes thereby allowing the formation of cellulose II polymorph during the succeeding regeneration process. Generally, the fibrillation treatment of biomass having the cellulose I polymorph using strong acids, such as sulfuric acid or nitric acid, can produce nanoscale and highly crystalline cellulose particles, such as cellulose nanocrystals (CNC) and cellulose nanofibers (CNF). These treatments do not alter the original crystal structure (cellulose I). Strong acid can remove the amorphous regions in the cellulose assembly, leaving behind the crystalline entity. Among the different form of cellulose particles, micro-fibrillated cellulose (MFC) has a larger average cross-sectional dimension than that of nanocellulose.

Generally, MFC possesses the cellulose I polymorph and regenerated micro-fibrillated cellulose (R-MFC) has the cellulose II polymorph. MFC has gained popularity in industrial applications mainly due to the fact that it can be extracted by mechanical treatment of wood-based cellulose using homogenization. Most studies have employed the dissolution/regeneration approach to produce R-MFC by phosphoric acid while making use of microcrystalline cellulose (MCC) derived from wood-based cellulose. However, it is difficult to dissolve the native cellulose from wood-based biomass because of intense network of intra- and inter-hydrogen bonds among the anhydroglucose units in cellulose chains.

In a recent publication scientists at Stony Brook University: Dr. Priyanka Sharma, Dr. Sunil K. Sharma and Richard Antoine and led by Professor Benjamin Hsiao developed a new method where they focused on the dissolution of native cellulose extracted from jute fibers (non-wood plants) using phosphoric acid and regeneration of dissolved cellulose chains into micro-fibrillated cellulose. Their goal was to demonstrate a facile process for generating MFC. Their work is currently published in the research journal, ACS Sustainable Chemistry & Engineering.

The authors observed that the prepared cellulose II structure of R-MFC appeared to be very effective to anchor the ZnO nanocrystals, where the adhesion appeared to be due to strong electrostatic interactions based on FTIR, WAXD and binding stability experiments. Specifically, the prepared R-MFC fibers possessed high surface area, good aspect ratio and excellent thermal stability.

In summary, Stony Brook University researchers led by Professor Hsiao demonstrated for the first time a unique micro-fibrous composite system, containing ZnO nanocrystals adhered in a regenerated micro-fibrillated cellulose scaffold generated from jute cellulose. In general, the zinc oxide crystallites were reported to being effective adsorption medium for removal of arsenic ions from water, where the best removal efficiency was achieved at the neutral condition. Furthermore, excellent binding stability between zinc oxide nanocrystals and the R-MFC scaffold was found, where very low release of ZnO (ppb) took place during the arsenic ions adsorption. The unique format of ZnO/R-MFC nanocomposite also significantly reduces the energy consumption for secondary contaminant removal. 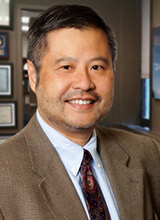 Currently, Hsiao is the Founding Director of Center for Advanced Technology in Integrated Electric Energy Systems, with the mission to enhance the development and integration of advanced technologies for the nexus of food, energy and water.

Hsiao’s current research interests are mainly focused on the development of sustainable nanomaterials from underutilized biomasses for water purification. He is an elected Fellow of American Association for the Advancement of Science, American Chemical Society, American Physical Society, Materials Research Society and National Academy of Inventors.

His main area of research is development of new sustainable nanomaterials for water purification and energy storage related applications.

Dr. Priyanka Sharma has received her Ph. D. in 2014 from CSIR- National Chemical laboratory (CSIR-NCL), Pune, India. In 2015, she has joined Stony Brook University as post-doctoral research associate with Prof. Benjamin Hsiao. Currently she is working as a research scientist at Department of Chemistry, Stony Brook University (NY, USA).

Her work on development of novel one-step approach to extract cellulose nanofibers from untreated biomass and its application in water purification has been recognized by the New York Academy of Sciences and is honored by Regional Blavatnik Young Scientist Award-2018 (Finalist).

Her research interests are on development of sustainable materials for water purification, environment and energy applications and structural characterization of nanocellulose by advanced microscopy and synchrotron techniques.