The enhancement of the water splitting performance in the Al, Co and Cu doped SrTiO3 perovskite steps by boosting the hydrogen conversion efficiency

Water interactions on metal oxides such as perovskites is a hot research topic. Besides being useful in understanding the basic aspects of the interactions, like the influence of surface modification (dopant, oxygen vacancy and/or edge) on the catalytic performance, it has significant implications in different applications, including hydrogen production and photocatalytic environment cleaning. Generally, the interactions between water and metal oxides can be classified from simple molecular or dissociative adsorption. Unfortunately, some fundamental aspects and underlying mechanisms of the water process are poorly understood. This necessitates the need for realistic models for describing the underlying chemical and physical processes involved in the interaction between waster and metal oxides.

Water adsorption on SrTiO3 perovskites is a promising approach for enhancing molecular hydrogen formation even at low quantum efficiency. Perovskites are easy to dope, and the nature of doping exhibit a strong influence on their adsorption mechanisms and their catalytic performances. For example, recent research revealed that doping SrTiO3 with cations could significantly improve water splitting performance, boosting the hydrogen conversion efficiency. Water adsorption on SrTiO3 has been extensively studied in the literature, both theoretically and experimentally. Unfortunately, most studies are based on ideal surfaces comprising oxygen vacancies as the only defects while ignoring the influence of other defects, which exhibits considerable influence on the adsorption and reactivity mechanisms. Interestingly, the shortcomings can be addressed by rationalizing the water adsorption o SrTiO3 via realistic models.

On this account, Dr. Silvia Carlotto from Università degli Studi di Padova investigated the water adsorption properties on more realistic SrTiO3 systems. Specifically, density functional calculations were performed to study the influence of the dopants (Al, Co, Cu), structural defects ((edges/steps), and oxygen vacancies, on the adsorption of water and formation of hydrogen in the Al, Co and Cu doped SrTiO3 (1 0 0) perovskite stepped surface. Three different water-surface interaction models were modeled, considering the effects of the defects, for clean and reduced steps. Whereas one model involved molecular adsorption, the other two entailed dissociative processes. The stability of the molecular and dissociative adsorbates in the presence of the defects and dopants was discussed in detail. The research work is published in the journal, Applied Surface Science.

The author observed that the dopants and the oxygen vacancies exhibited a remarkable influence on the stability of the adsorbates. The stabilities of the dissociative and molecular adsorbates also changed radically in the presence of structural defectivities. The dopants also reduced the costs associated with the oxygen vacancy. Notably, the copper dopant minimized the cost more than the cobalt and aluminum dopants. In the clean step, the author observed that the structure consisting of two hydroxyl groups exhibited high stability for all the steps while the dissociative adsorption was more stable than its molecular counterpart. On the other hand, the molecular adsorption was more stable for cobalt dopant in the reduced step.

In summary, Dr. Silvia Carlotto performed a DFT study on water interaction on stepped SrTiO3­ (1 0 0) surface containing metal dopants, oxygen vacancy, and structural defectivity. Results demonstrated the influence of the oxygen vacancy and dopant on one adsorption stabilization with respect to another. This was further justified by the hydrogen formation process, considering that the reduced step was the initial commencing point of the formation mechanism. Results showed that the water interaction and dissociation on ideal surfaces could not be fully transferred on more realistic models. Therefore, Dr. Carlotto explained her study was more relevant for investigating water processes on models closer to materials subjected to standard experimental conditions.

The leitmotiv of her activities is the application of theoretical and computational methods to molecular and periodic systems with the aim to rationalize electronic, optical, and magnetic properties at the basis of functional materials, to explain and predict the catalytic behavior for homogeneous and heterogeneous catalysts and to finally drive the synthesis of new materials with selected and tunable properties.

From 2008 to 2016 she held several PostDoc positions in the framework of national and international projects. In the Theoretical Chemistry Group at the University of Padova efforts were devoted to i) the development of computational methods for microfluidic devices with the final aim to propose new efficient device to favor the mixing or the separation of different chemical species and ii) the development of new tools that combined genetic algorithms methods and quantum mechanical approaches to drive the synthesis of efficient molecules in solar cell devices. In 2013, as a PostDoc, she participated to the European Project devoted to the experimental and theoretical study of the next generation, cost efficient, automotive catalysis.

She has been involved in the modelling of the catalytic properties of pure and doped perovskites (SrTiO3), thus acquiring experience in computational material science. In the last seven years, she worked in the M2CM (Molecular Materials, Colloids & Modelling) group at the University of Padova, where she started an independent research activity on different areas: advanced functional materials and green chemistry and energy. In particular, in the advanced material areas, three different research lines are under investigation: i) self-assembly of nanocapsules; ii) the simulation of X-ray absorption and photoemission spectra (K- and L-edges) of isolated (metal bis- and tris-acetylacetonates and metal tetraphenylporphyrins) and supported (first transition metals phthalocyanines and porphyrins) molecules to gain insights into their occupied and unoccupied electronic structures (in collaboration with Humboldt Universität zu Berlin (Germany), Universidad de Zaragoza (Spain), Peter Grünberg Institute (Germany), Centro Atómico Bariloche (Argentina), University of Roma La Sapienza, CNR-ICMATE Padova, CNR-IOM Trieste, CNR-ISM Trieste); and iii) Ln-based luminescent thermometers with the aim to develop a model to rationalize and predict the behavior of luminescence based thermometers (in collaboration with CNR-ICMATE Padova and University of Pisa).

Carlotto, S. (2020). The role of the dopant and structural defects on the water absorption and on the H2 formation in the Al, Co and Cu doped SrTiO3 perovskite steps. Applied Surface Science, 527, 146850. 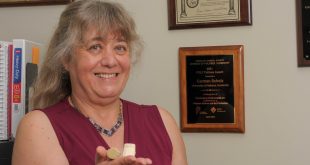