With the advances in technology and the emerging applications in medicine, robots, and wearable electronics, the demand for soft materials has soared in recent years. For high-performance soft materials, it is important they be fabricated using effective techniques. Among the available methods for fabricating tough soft materials, the double-network technique provides a highly effective general strategy applicable to fabricating soft polymeric networks. The two-step synthesis occurs in a sequence comprising two contrasting polymer networks. Therefore, a typical double-network hydrogel exhibits high fracture toughness than conventional hydrogels.

The high fracture toughness is attributed to the internal fracturing – the scission of covalent bonds of the first network strands based on the existing literature. The internal fracturing process is also linked to the dissipation of a large amount of mechanical energy and high-stress concentration, leading to the formation of a damage zone around the crack tip. To this end, quantitative characterization of the damaged zone is of key importance in understanding the fracture mechanics of tough double-network gels. Despite several methods for characterizing the damaged zone of the double-network gel, quantifying the degree of the internal damage and its spatial distribution has remained a great challenge. And developing a new and effective technique for quantification characterization of double-network gels is highly desirable.

Mechanochemical techniques are recently extended to study polymeric materials mechanics including visualizing the internal fracturing in multiple-network elastomers and chain scission of fractured surfaces. For these reasons, they have been deemed suitable for double-network gels. However, this requires overcoming the limitations of incorporating the mechanophores that affect the material’s structures and mechanical properties. Motivated by these revelations, a team of researchers from Hokkaido University: Dr. Takahiro Matsuda, Ms. Runa Kawakami, Dr. Tasuku Nakajima, and Professor Jian Ping Gong developed a new mechanochemical technique for visualization and quantification of the polymer strand scission in the damaged zone of tough double-network hydrogels. Their research work is currently published in the journal, Macromolecules.

In their approach, the proposed mechanochemical technique did not include a designed mechanophore. Instead, the approach was based on a combination of mechanoradical polymerization of NIPAAm, initiated by the mechanoradicals generated at the ends of broken covalent bonds of the network strands, and environment-responsive fluorescent probe ANS. The thermal responsive poly(NIPAAm) formed was detected above its lower critical solution temperature by the fluorescent probe. Additionally, laser scanning confocal microscopy (LSCM) was used to capture both two-dimensional (2D) and 3D images of the damaged zones. As such, LSCM was first used to visualize and study the damaged zone of the double-network gel, followed by a critical extraction of the spatial distributions of strain, stress and energy density from the obtained quantitative results. Finally, the merits and demerits of the proposed technique were elucidated.

The authors visualized and recorded the internal fracturing around the crack tip during either crack opening or propagation. The recorded damaged zone was observed to be either 2D or 3D fluorescence images, while the damage distribution was captured as a fluorescence intensity map. By calibrating the fluorescence intensity, the stress, strain, and dissipated mechanical energy could be accurately estimated. Furthermore, three key advantages of the method were identified: it allows accurate 2D and 3D estimation of the damage distribution, does not require the incorporation of mechanophores, and allows characterization of complicated or high-speed fractures.

In summary, the study reported a novel method for visualization of the damage zone of double-network gel around the crack tip up to the sub-millimeter-scale level. Based on the results, the methods proved effective for investigating the damaged zone of double-network gels. Besides, it outperformed most of the available techniques due to its unique advantages. In a statement to Advances in Engineering, Professor Jian Ping observed that the proposed technique could be extended to hydrogels with homolytic covalent bond rupture during fracture. Thus, the results would advance further studies on fracture mechanics of soft materials.

Dr. Takahiro Matsuda earned his B.E. in Department of Applied Chemistry, Faculty of Science and Technology at Keio University, Japan, in 2013, followed by Ph.D. degree in Graduate School of Life Science at Hokkaido University in 2019. He received MBA degree from Otaru University of Commerce in 2020. After postdoc research at Faculty of Advanced Life Science at Hokkaido University, he is currently working at DSM in the Netherlands as a corporate researcher since 2020.

His research interest includes soft matter mechanics and mechanochemistry as represented by a development of self-growing hydrogels (Science 363, 504–508 (2019)), and has been broadened recently for various polymer materials such as engineering plastics. 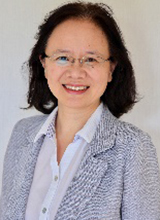 She has received scientific awards, including the MEXT Commendation for Science and Technology in 2019, the DSM Materials Sciences Award in 2014, the Chemical Society of Japan’s Award for Creative Work in 2011, and The Award of the Society of Polymer Science, Japan in 2006. She had been focused on tough hydrogels, including the double-network hydrogels and self-healing hydrogels and their fracture and fatigue mechanism, hydrogel composites, low friction hydrogels, and hydrogels as biomaterials for cartilage applications. Recently, she is working on transient and dynamic functions of hydrogels. 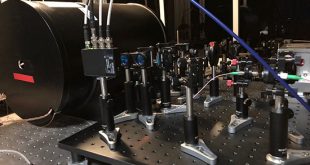