Very High Cycle Fatigue (VHCF) is the case of fatigue fracture under more than a billion cycles. It is a rather common fact that there is a decrease in fatigue strength in the VHCF regime for some metals such as aluminum alloys. Consequently, VHCF behavior of materials has been gaining attention owing to an increased demand in fatigue life of machinery components including aero-engine components. In general, fatigue fracture due to VHCF manifests different damage mechanisms with respect to high cycle fatigue. In fact, as a distinctive morphology of interior failure, a fish-eye pattern can usually be observed at fracture surface. Recent publications have confirmed that the crack initiation process can consume more than 90% of fatigue life in the VHCF regime. Consequently, the crack initiation mechanism is an important subject while investigating the fatigue behavior of materials under VHCF loading. At present, titanium alloys are the most important metallic materials used in aeronautics, due to their high strength and stiffness to weight ratios, excellent fatigue and exemplary corrosion resistance. In particular, as a newly developed material, TC11 alloy exhibits higher strength, superior creep resistance and better thermal stability due to the presence of some alloying elements including aluminum, zirconium, molybdenum and silicon.

A detailed review of existing published literature reveals that little has been done to show the roles played by the particles/precipitates on the fatigue properties of TC11 alloys under VHCF loading. To address this, Tao Gao (graduate candidate) and Professor Hongqian Xue of Northwestern Polytechnical University in China together with Dr. Zhidan Sun and Professor Delphine Retraint from the University of Technology of Troyes in France studied in detail the fatigue properties of a TC11 titanium alloy in the VHCF regime. Specifically, their goal was to assess the fatigue properties of this alloy and to reveal the effect of silicide precipitates and α2 phase (Ti3Al) on its fatigue behavior including failure mechanism in VHCF regime. Their work is currently published in the research journal, Materials Science & Engineering A.

For this purpose, the research team carried out tension-compression fatigue experiments using an ultrasonic fatigue testing system. In addition, the researchers engaged in fractographic observations at the microscopic scale that were conducted by focusing on crack initiation stage to reveal the effect of α2 phase and silicides on microcrack initiation and early propagation mechanisms.

Overall, the goal was to provide some valuable elements for the optimization of both chemical composition and thermomechanical processing of this alloy in order to achieve better VHCF performance. Their results showed that the crack initiation regions are characterized by microvoids, dimples and peaks rather than crystallographic facets frequently reported for other titanium alloys. The ductile damage instead of brittle cleavage is the dominant failure mode for this alloy in the VHCF regime.

In summary, the study presents an in-depth investigation of the fatigue properties and the failure mechanisms of a TC11 titanium alloy in the VHCF regime, where particular attention was paid to the effects of silicides and α2 phase on the failure mechanisms of this alloy. Detailed observation of fracture surfaces revealed that the ductile damage mechanism can be attributed to the combined effect of the silicide precipitates and α2 phase. Overall, the results showed that the cuboid micro-silicide precipitates significantly deteriorate the fatigue life of the TC11 alloy.

Dr. Hongqian Xue is a professor in the School of Mechanical Engineering, Northwestern Polytechnical University (NPU), China. He received his Ph.D. in Mechanics from Conservatoire National des Arts et Métiers in October 2005 under the supervision of Professor C. Bathias. His Ph.D. research was focused on very high cycle fatigue properties and damage mechanism of materials as well as development of ultrasonic fatigue test equipment, including ultrasonic three-point bending fatigue and torsional fatigue testing machine.

Dr. Zhidan Sun received his Bachelor’s degree in Mechanical Engineering from Shanghai Maritime University in 2002, Engineer’s degree in Mechanics from ENSMM in 2004, and his Ph.D. in Materials Engineering from INSA-Lyon in 2008. After spending several years as post-doctoral researcher in MINES-ParisTech and University of Versailles Saint-Quentin-en-Yvelines, he is currently Associate Professor in University of Technology of Troyes, France.

Dr. Sun’s research interests are focused on mechanical properties of materials in relation to microstructure and environment such as hydrogen embrittlement. His work includes characterization of fatigue properties from low cycle fatigue to very high cycle fatigue under different loading modes, analysis of damage and fracture mechanisms, as well as modelling and simulation using finite element method. 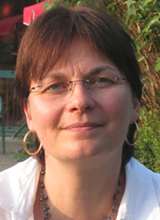 Pr. Delphine Retraint received her engineering degree and Master Degree in Materials Science from the Institut National Polytechnique de Grenoble in 1992, and her PhD in Materials Science (Dassault Aviation Fellowship) from the Institut National Polytechnique de Grenoble (INPG – France) in 1995. She is Professor at Charles Delaunay Institute, University of Technology of Troyes (France), where she is currently the head of the Life Assessment of Structures, Materials, Mechanics and Integrated Systems (LASMIS) Lab (72 members).

Her field of expertise concerns the study of residual stresses, the parameter study and modelling of mechanical surface treatment processes (shot peening, laser peening, surface mechanical attrition treatment – SMAT), the analysis of the relationship between surface treatments and mechanical properties of materials, the generation of superficial nanostructures thanks to severe plastic deformation.

She has led/participated in different European and French research projects in the field of her expertise.

Go To Materials Science & Engineering A