The installation of offshore oil and gas transportation pipelines involves lowering the pipelines down into the seawater where they reach the seafloor. This process often subjects the pipelines to different in-plane and out-of-plane loadings caused by the environment, which can significantly increase the internal forces within the pipes. To ensure pipeline integrity, it is important to consider the effects of those loadings within pipeline design.

One factor, which leads to such loading and is commonly ignored within the pipe-lay design is seafloor roughness. When pipelines cross the seafloor irregularities, they are subjected to the formation of free spans, which may significantly increase the internal forces and lead to severe stress concentrations and, consequently, to pipeline failure. Although seafloor roughness can be smoothed to some extent using common engineering treatment methods, considering the seafloor roughness during pipe-lay is still imperative. Unfortunately, however, analyzing pipe-lay on rough seafloor becomes more computationally intensive due to the continuous changes in pipe-lay front configuration and associated forces. To account for all those changes, it is essential to obtain internal force envelope diagrams, which identify the possible ranges of load effects at different locations along the pipeline during the course of the pipe-lay process.

While there is numerous commercial software for pipe-lay structural analysis, they become burdensome and time-consuming, especially in cases where recurring analyses must be performed, which accompany the entire design process and particularly calculating force envelope diagrams. Lately, numerous in-plane techniques have been proposed for easier and faster pipe-lay analysis, considering that the overall pipe-lay configuration, in principle, is roughly defined by static gravity. These techniques, however, suffer from several limitations and constraints that might that do not only make them case-specific but also reduces their accuracies.

In the past few years, Dr. Pavel Trapper from Ben-Gurion University of the Negev demonstrated the formulation of a simple and feasible numerical technique for the analysis of various pipe-lay assignments by applying energy-minimizing principles in conjunction with the finite difference method. Recently, he extended this technique to consider a time-history analysis of a pipe-lay on a rough seafloor by allowing the calculation of internal force envelope diagrams. His research work is currently published in the journal, Ocean Engineering.

In his approach, Dr. Pavel Trapper proposed model focused on static planar two-dimensional (2D) scenarios. The entire pipeline was modeled as a single continuous segment, considering the large deformation-induced geometric nonlinearities. The numerical solution followed the actual pipe-lay process by incrementally increasing the pipeline length, and assessing the static equilibrium by consistently minimizing the total potential energy of the system.

The author showed that by considering the time-history of the pipe-lay process the established internal force envelope diagrams allowed the specification of design values by determining possible force ranges at different locations along the pipeline. As a result, adequate safety and serviceability were guaranteed throughout the pipe-lay process. Several examples of pipe-lay scenarios across basic types of seafloor irregularities were demonstrated to validate the feasibility of the proposed technique. The results, captured by the force envelope diagrams, showed that any topographic seafloor irregularity resulted in a local increase in the maximum internal force values at specified locations.

In summary, Dr. Pavel Trapper reported a convenient and feasible technique for nonlinear geometric analysis of pipe-lay on rough seafloor. The mathematical and numerical formulations are relatively simple, making this technique very flexible to adopt various boundary conditions, arbitrary loads and other constraints. The proposed technique is time-saving, thus overcoming the major drawbacks of the available commercial software. In a statement to Advances in Engineering, Dr. Pavel Trapper noted that the present model is a promising technique for reliable and effective analysis of pipe-lay configurations for robust design and installation purposes of oil and gas pipelines.

His main research interests are Computational Mechanics and its applications in the fields of Structural Engineering, Geotechnical Engineering, Offshore Engineering and Biomedicine. 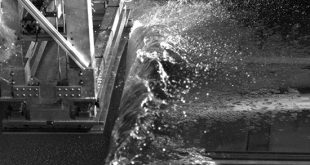 The controlled impact of elastic plates on a quiescent water surface