Computers, data centers and networks consume 10% of the world’s electricity. 30% of this electricity goes to power terminal equipment (computers, mobiles and other devices), 30% goes to data centers and 40% goes to the network. If growth continues unabated, computing could demand up to 20% of the world’s power generation by 2030. With power grids already under strain from weather-related events and the economy transitioning from fossil fuel to renewables, engineers desperately need to flatten computing’s energy demand curve.

The research group of Professor Jon Ihlefeld is recognized for their in fabrication and characterization of a range of materials. Their material of interest is hafnium oxide, which is used in the manufacture of cell phones and computers today. The downside is that in its natural state, hafnium oxide is not ferroelectric. Hafnium oxide’s atoms can be manipulated to produce and hold a ferroelectric phase, or structure. When a hafnium oxide thin film is heated, a process called annealing, its atoms can move into the crystallographic pattern of a ferroelectric material; when the thin film is cooled, its crystalline structure sets in place.

In a new research led by Professor Jon Ihlefeld at the University of Virginia School of Engineering and Applied Science, Origin of Ferroelectric Phase Stabilization via the Clamping Effect in Ferroelectric Hafnium Zirconium Oxide Thin Films, published in Advanced Electronic Materials, illustrates how to stabilize a hafnium oxide-based thin film when it is sandwiched between a metal substrate and an electrode. Previous research found that more of the film stabilizes in the ferroelectric crystalline phase when the top electrode is in place for thermal annealing and cooling.

The research team investigated the chemical and physical interactions between the TaN top electrode and 20 nm-thick ferroelectric HZO electrically and structurally. The phases present within the HZO and their post-processing biaxial stresses are characterized through area detector X-ray diffraction (XRD) measurements and sin2(ψ) analyses. These biaxial stress values are compared with wafer flexure stress measurements made ex situ after each processing step and in situ during annealing. High-temperature XRD (HTXRD) and wafer flexure measurements are used to investigate how the biaxial stress evolves during the crystallization of these HZO ferroelectrics. Separately, the effects of the top electrode on the resulting film densification, defect densities, and grain morphology within the processed devices are examined through X-ray reflectivity (XRR), leakage current measurements, transmission electron microscopy (TEM), energy dispersive spectroscopy (EDS), and analysis of scanning electron microscopy (SEM) micrographs. Through the removal of top electrodes of fully processed devices, the important role of this layer on the stress state and phase within the HZO is revealed.

Every time the computer chip wants to talk to memory the larger memory bank, it sends a signal down the line, and that requires energy. The longer the distance, the more energy it takes. That requires memory materials that are compatible with the rest of the integrated circuit. One class of materials suitable for memory devices are ferroelectrics, meaning they can hold and release a charge on demand. However, most ferroelectrics are incompatible with silicon and do not perform well when made very small, a necessity for modern-day and future miniaturized devices.

It was previously thought the top electrode exerted some kind of mechanical stress, radiating laterally across the plane of the electrode, that prevented the hafnium oxide from stretching out and returning to its natural, non-ferroelectric state. The authors’ research shows that the mechanical stress moves out of plane; the electrode has a clamping effect. In prior published research, they demonstrated techniques to measure very thin films and mechanical stresses; the miniscule materials made stress measurements experimentally difficult. They focus on the atomic make-up of hafnium oxide in its natural and ferroelectric phase, with specific attention on the role of oxygen atoms.

Hafnium oxide, as the name suggests, is composed of hafnium and oxygen atoms. The natural, non-ferroelectric state can tolerate a number of these oxygen vacancies, but not as many as needed to stabilize the ferroelectric phase. The precise concentration and location of oxygen vacancies that makes hafnium oxide ferroelectric has proven elusive because there aren’t many tools available to make a definitive measurement. The next step is investigating how the oxygen atoms’ choreography in the material contributes to wake-up and fatigue, which requires study of where vacancies are located dynamically.

This landmark study explain why ferroelectric hafnium oxide exists and how it stabilizes. According to the authors, they can engineer hafnium oxide thin films to be even more stable and perform even better in an actual application. By doing this fundamental research they can help semiconductor firms understand the origin of problems and how to prevent them in future production lines.

Jon Ihlefeld is an Associate Professor in the Materials Science and Engineering and Electrical and Computer Engineering Departments at the University of Virginia. He joined UVA in 2017 following a career at Sandia National Laboratories in Albuquerque, NM where he held positions of Senior, Principal, and Distinguished Member of the Technical Staff in the Materials Science and Engineering Center. He is the Deputy Vice-President for Ferroelectrics for the IEEE, a past Chair of the Electronics Division of The American Ceramic Society, an Associate Editor of the Journal of The American Ceramic Society, a Principal Editor of the Journal of Materials Research, and serves on the Editorial Advisory Board for Applied Physics Letters. 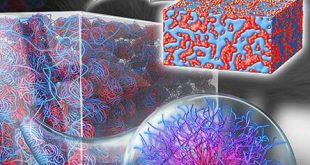