Lithium-ion batteries’ demand has sharply increased due to their applications in different fields such as mobile phones and computers. In order to meet this surging demand, it is important to develop in situ, intuitive and rapid imaging inspection techniques to help detect the faults, defects and failure modes associated with their production. This will provide a reference design and enable adjustment of production process parameters. To date, the proposed imaging detection techniques for lithium-ion battery are costly and unsuitable for field operations. The emergence of ultrasound imaging technology is a promising method for in situ characterization of batteries. This approach relies on altering the internal structure and mechanical properties of the batteries in the presence of defects, which affects the parameters and path propagation. Such effects can be analyzed to detect unqualified batteries from the assembly line.

In their approach, and by using a fully charged 3.5 mm thick lithium-ion pouch cell as a specimen, the authors constructed a guided wave detection system. The guided waves were excited through piezoelectric transducers while the SLDV was used to obtain the desirable three-dimensional wave field matrix. The guided waves in the battery were analyzed based on the propagation theory of ultrasonic guided waves in a plate. The wave-field characteristics and the causes of the different phenomena were also investigated. The researchers also proposed a transient wave-field imaging method, after analyzing the mode conversion of the guided waves in the battery, to improve the imaging efficiency.

The authors found different wave-field characteristics, such as irregular patterns and wavefront lag in the obtained transient guided wave field diagram. Consequently, the identified defect was 22 x 18 mm2. Remarkably, the mode conversion analysis of the guided wave propagation in the battery showed that the energy spectrum imaging could significantly reduce the selection moment time and achieve similar effects as the transient guided wave imaging, indicating improved imaging efficiency. The sensitivity of the optical vibration measurements was noted to be highly susceptible to the surface condition. Therefore, it was imperative to treat the battery surface, by pasting or spraying the reflective film, before detection to enhance its sensitivity capabilities.

In summary, the researchers are the first to experimentally demonstrate the use of ultrasonic waves in the in-situ imaging of lithium-ion batteries. The proposed detection technology can be used to inspect lithium-ion pouch cell specimen with relatively larger thickness and width length of more than 10 cm. The system also provided improved imaging efficiency and sensitivity compared to existing technologies. Therefore, this work paves the way for future research and the use of guided wave imaging detection technology of lithium-ion pouch cell. In a statement to Advance in Engineering, Professor Wenfeng said their proposed imaging detection technology would enhance the integrity of battering processing assembly lines by improving non-destructive inspection to eliminate unqualified lithium-ion batteries. 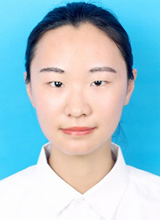 PhD. Shanpu Zheng is currently a PhD candidate at the Institute of Structural Health Management, Faculty of Civil Engineering and Mechanics of Jiangsu University, China. She received the bachelor’s degree in Faculty of Electronic Engineering from Xi’an Aeronautical University, China, in 2016, and the master’s degree in Key Laboratory of Nondestructive Testing of Ministry of Education from Nanchang Hangkong University, China, in 2019. Her current research focuses on structural health monitoring, Laser ultrasound technique, and ultrasonic guided wave imaging technique. 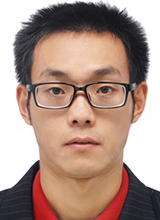