Shape memory alloys (SMAs) are a class of smart materials that possess several unique features which make them a highly desirable functional material for many civil engineering applications. Specifically, two features of SMAs are most interesting with regard to civil engineering: superelasticity and the shape memory effect (SME). Both these features are related to martensitic transformation of SMAs, which is a diffusion-less phase transformation caused by reversible shear lattice distortion. Despite being discovered in the early 60’s, SMAs have only recently gained popularity in civil engineering applications. This can be credited to current advances whereby limitations relating to production cost and narrow transformation hysteresis have been overcome. Nonetheless, depending upon the chemical composition and thermomechanical treatment, SMAs can significantly differ in their mechanical behavior. SMAs have the ability to develop a significant level of recovery stress (prestress). Recovery stress can be induced by first pre-straining and then heating (heat-activated prestressing (HAP) SMAs in constrained condition. Consequently, the recovery stress in SMAs have been widely investigated. However, previous studies showed that most of the existing studies have considered only a limited range of pre-strain, and in many cases only one or two arbitrarily chosen pre-strain levels are investigated.

Moreover, a great deal of scatter in the results can be seen in the existing studies. To date, no study has been conducted to investigate the effect of strain localization and/or strain rate on the recovery stresses in SMAs. Existing literature has further shown that SMAs exhibit strong strain localization and high strain-rate sensitivity. Nevertheless, for a comprehensive understanding regarding the recovery stresses in SMAs, a more detailed and systematic investigation is required. To this end, Dr. Raj Suhail and Dr. Giuseppina Amato from the University Belfast together with Dr. Daniel McCrum at the University College Dublin implemented an experimental program, carefully planned to carry out a systematic investigation of recovery stress in NiTiNb SMA wires. Their work is currently published in the research journal, Engineering Structures.

In their approach, thermo-mechanical tests were conducted to investigate heat-activated prestressing of NiTiNb SMA wires. The tests were conducted to ascertain: first, the effect of pre-strain on reverse transformation temperatures (As and Af ) of the NiTiNb SMA; second, the effect of strain rate and the pre-strain level on the recovery stress; third, post-HAP behavior under monotonic and cyclic loading; and lastly, the reusability of the NiTiNb SMA wires for HAP applications. Overall, the digital image correlation technique was used to gain deeper insight into micro-mechanical behavior of the SMA.

The authors reported that pre-straining the NiTiNb SMA wire above its transformation strain limit resulted in an increase of its reverse transformation temperatures, As and Af. The researchers observed that the strain rate was an important factor to consider while pre-straining SMAs wires for HAP. Further, it was realized that the local strain retained in the transformation bands significantly influenced the recovery stresses developed on heating.

In summary, the study demonstrated the application digital image correlation technique to investigate pre-strain applied in smart materials. Generally, the study highlighted the intricate material behavior of the NiTiNb SMAs. Overall, their findings suggest that NiTiNb SMAs can be effectively used for HAP. Future studies will encourage the use of this material in real structures. 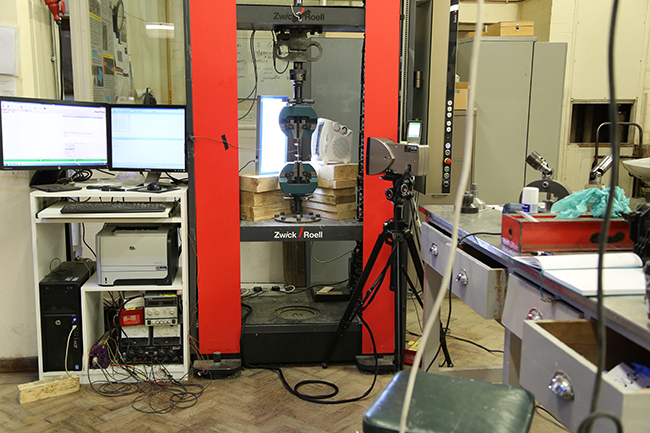 G. Amato is a lecturer in Structural Engineering at Queen’s University Belfast.

She was awarded her PhD at University of Palermo in 2009 where she began her research career as PDRA on techniques and innovative materials for reinforcement of RC structures. She worked as design engineer for SERING in 2009-11. Following a visiting research at UCSD and a second post-doctoral position in Trinity College Dublin (TCD). G. Amato was appointed as a lecturer in structural engineering in the School of Planning Architecture and Civil Engineering (SPACE) in Queens in 2013. In 2016 she was awarded an EPSRC First grant (£125k) and in 2017-18 she was Co-I of a MSCA fellowship (£65k). In 2018 she successfully applied to the EPSRC Capital Equipment grant to upgrade the School’s Heavy Structures and Concrete laboratories with a £50k bespoke structural testing and sensing system. G. Amato’s research focuses on composite, advanced and sustainable materials and is involved with industry through KTP and research projects (McEvoy, Moore Concrete, Bastech, etc).

Dr Raj Suhail (Raj) is an experienced structural engineer. He has led many building and bridge projects to their successful completion. He is currently working as freelance structural engineer. At the same time, Raj is busy with his research on SMART building material and sustainability in civil engineering.

Raj obtained his undergraduate degree in civil engineering (2008) from National Institute of Technology, Srinagar. In 2009, Raj went to Britain to further his studies. He received his master’s degree in structural engineering from University of Surrey, UK. In 2013, Raj received a prestigious British scholarship to pursue Phd in structural engineering at Queen’s University Belfast. He received his PhD in 2018. He has recently completed his post-doctoral research fellowship from the same University. During his fellowship at Queen’s University, he has worked closely with eminent professors from City University of New York, Georgia Tech University and University college Dublin. Raj has received number of awards and competitive scholarships both at national and international level. 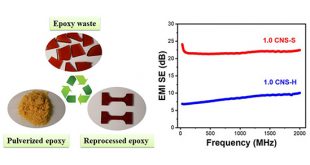