The high market demand for complex data storage platforms, microelectronics, and microfluidic devices have led to rapid advancement in nano and microfabrication technology. The presently used conventional production techniques such as molding and laser scanning are not suitable for mass production due to high initial cost and energy consumption involved. Therefore, the development of more efficient alternative fabrication methods is highly desirable.

Among the available miniaturized devices, the biolayer system of polymeric supported metal thin films have been developed. Unfortunately, mechanical failure associated with buckling and cracking has limited its application. To this end, several research works have been conducted to produce patterned surfaces with additional benefits over flat surfaces. However, the application of amorphous carbon surface coatings has not been fully explored.

Briefly, the research team commenced their work by exploring the buckling, delamination and cracking occurring at the unstable interface of amorphous graphite-like carbon and polystyrene due to stresses. Fundamentally, the authors investigated the attachment response of the two Pseudomonas aeruginosa strains i.e. alginate-overproducing strain PW2390 and ATCC 9721. This helped in evaluating the influence of alginate production in facilitating the attachment of the Pseudomonas aeruginosa cells on the wrinkled surfaces.

Two different types of microstructured surfaces were fabricated using the thermal-shrinkage of amorphous graphite-like carbon-coated shape memory polystyrene. The roles of the wrinkled and metal like amorphous graphite-like carbon topologies in enhancing the attachment of bacterial cells was evaluated and discussed. The main aim was to generate a better understanding of the role of extracellular polymeric substances and wrinkled topologies in the colonization of the Pseudomonas aeruginosa. This would be advantageous in advancing the design of efficient antifouling substratum.

The authors observed that both the wrinkled and petal-like amorphous graphite-like carbon topologies promoted the attachment of bacterial cells owing to the provision of the additional surface area that provided no space within the microstructure interface for entrapping air. The attachment responses were not affected by the Pseudomonas aeruginosa strains as was initially anticipated. Furthermore, a comparative analysis of the attachment responses taking into consideration the production of extracellular polymeric substances showed the possibility of achieving up to 13-fold increment in the cell attachment density. Additionally, without any increment in the extracellular polymeric substance material, Pseudomonas aeruginosa PW2390 cells attached to a greater extent as compared to the Pseudomonas aeruginosa ATCC 9721 cells due to the increase in the substratum surface area.

In summary, the Australian research team explored the example of colonization of Pseudomonas aeruginosa bacteria and how it is affected by the amorphous carbon derived wrinkled surface topologies. The study provides essential information that will advance the use of low-cost nano and microfabrication technology for production of wrinkled substrate for manipulating the extent of bacterial colonization. This would further advance the development of biotechnology and related applications.

Duy H. K. Nguyen is a Postdoctoral Research Fellow in the School of Sciences at RMIT University, Australia. He received his B.S. in Chemistry (2015) and a Ph.D. in Material Engineering (2019) from Swinburne University of Technology. His research experiences span many areas including nanomaterials, bio-interfaces and antimicrobial wrinkled surfaces. 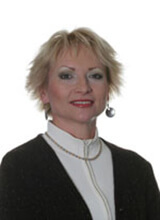 Elena P. Ivanova received her PhD from the Institute of Microbiology and Virology in Ukraine. She served as a Postdoctoral Fellow at the New Energy and Industrial Technology Development Organization and a Research Scientist at the Center of Marine Biotechnology, University of Maryland before joining at Swinburne University of Technology in 2001.

She is currently a Distinguished Professor at School of Science, RMIT University. Her interdisciplinary researches bridge across several ﬁelds, ranging from biomaterials and bioengineering to material’s surface and interfacial design. Her research focuses on nanobiotechnology, design and fabrication of biomimetic materials and immobilization of bio-molecules on materials for biomedical applications. 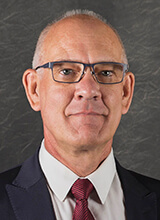 Professor Crawford joined RMIT University in 2016 from Swinburne University of Technology where he had held the positions of Dean of Science, Dean, Faculty of Life & Social Sciences, and Head, School of Biophysical Sciences and Electrical Engineering. Professor Crawford is a graduate of The University of Melbourne (PhD, Physical Chemistry 1996); Swinburne (BAppSc (with Distinction) 1982; MAppSc, Physical Chemistry 1986.

Professor Crawford’s research is in the area of surface and colloid science, with his early work focusing on the surface chemistry of mineral flotation and the removal of heavy metals from aqueous environments by the processes of adsorption and co-precipitation using amorphous metal hydroxide substrates. His more recent research investigates the ways in which biological organisms interact with solid substrate surfaces, particularly those used in the construction of medical implants.