Aerospace organizations across the globe have invested heavily in research, development, and testing of reusable launch vehicles with the main objective of reducing the launching costs and improving flight flexibility. In particular, vertical-landing reusable launch vehicle has attracted significant research attention. The landing gear is the critical subcomponent of the launch vehicles and, therefore, should be properly designed to prevent malfunctioning and possible hazards. Generally, the landing gear system comprises of dampers that function to minimize the landing impact and enhance the landing stability. To ensure effective damper operation, it is necessary to analyze their dynamic performance and influence on the vehicle during the landing.

Among the available dampers for vertical landing vehicles, the crushable metal damper is commonly used. Despite its relatively low cost and reliability, it is nonrenewable and thus cannot be used in reusable landing gear systems. Recently, researchers have identified liquid spring dampers as a promising component for reusable landing gear systems due to their proved design and operational characteristics. Unfortunately, their practical performance under various vertical landing conditions has not been fully explored. This has consequently required the development of a high-quality model of the liquid spring damper and comprehensive investigation of its effect on the damping and landing performance.

Recently, Dr. Shuai Yue, during his visiting fellowship at University of Bristol, and Dr. Branislav Titurus addressed this challenge by developing a new model of the liquid spring damper model. This research is founded on the results of the experimental activities completed at Nanjing University of Aeronautics and Astronautics led by Prof. Hong Nie and Prof. Ming Zhang. The work proposes a new nonlinear hydraulic model of a liquid spring damper taking into consideration the effects of entrapped air, flow inertia, and the variable liquid bulk modulus. The model is rigorously evaluated under wide range of conditions and, fundamentally, against data obtained from all four instrumented landing gear liquid spring dampers. The work is currently published in the journal, Mechanical Systems and Signal Processing.

Briefly, the authors started by developing the baseline liquid spring damper model with unknown parameters identified using quasi-static and dynamic drop tests. Next, they developed a model of the three degree-of-freedom four-legged reusable launch vehicle prototype suitable for symmetric landing simulations. Eventually, this model was analyzed under two landing conditions and the results compared to those of the drop test experimental data.

When comparing the predicted and measured results, the research team observed an excellent consistency in quasi-static damper responses, a good agreement in the local damper predictions and an acceptable match between the full impact test results. For instance, the quasi-static predictive differences were noted to be less than 1% while the local damper dynamic force predictions differed from the measurements in the range of 9-10%. Lower landing velocities dominated the lower error ranges while the higher error ranges were majorly observed at high-speed landing velocities. The three degree-of-freedom model’s predictive errors were attributed to the unmodelled dynamics such as local joint contact flexibilities. The main body model demonstrated high effective stiffness which caused excessive initial touch-down forces. However, in general, these simulations delivered essential modelling and landing performance insights. The study approach provides reference simulation platform for advanced landing gear damper design and more complex non-symmetric landing simulations. 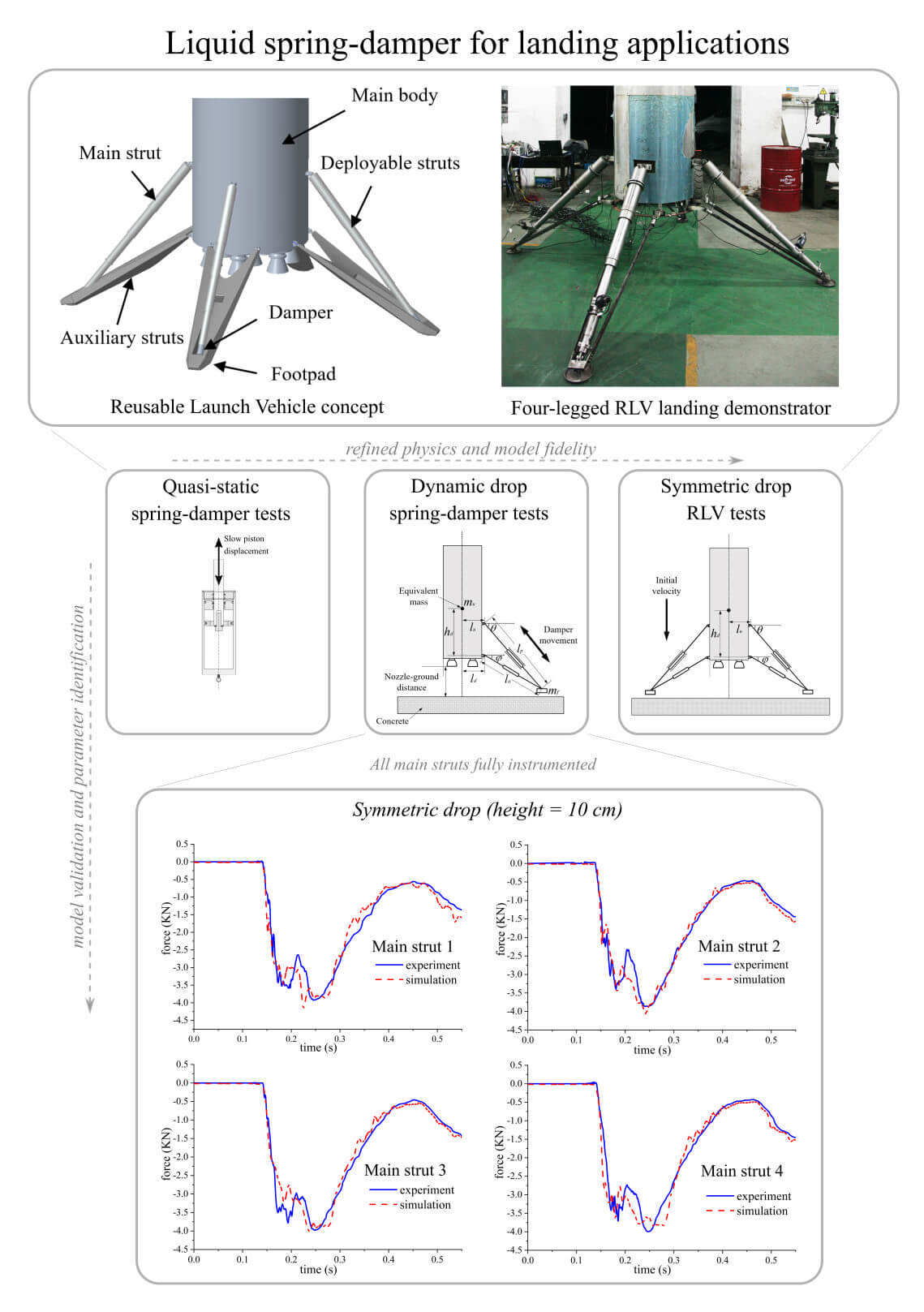 Brano Titurus obtained his M.S. and Ph.D. degrees from Slovak University of Technology in Bratislava. Dr. Titurus is a Senior Lecturer in Aerospace Dynamics at the University of Bristol. His interests include vibration control in fixed and rotary wing aircraft, novel damping methods and vibration-based identification. 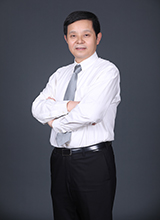 Hong Nie obtained his bachelor degree and M.S. degree from the Northwestern Polytechnical University. He received the Ph.D. degree from Nanjing University of Aeronautics and Astronautics in 1990.

Dr. Nie is currently the president and a full Professor of Nanjing University of Aeronautics and Astronautics. His research interests include aircraft landing gear design, structural dynamics and control, and the structure fatigue life prediction.