The dual phase (DP) steels present an important category of the advanced high strength steels (AHSS) that combines high strength and good formability coupled with excellent weldability. This combination of properties make DP steels very attractive for the automotive industry. The superior strength-ductility-balances of these steels are owed to the structure, which composed of soft ferrite matrix reinforced by a hard phase of martensite, bainite or a combination of both phases.

DP steels can be designed to different mechanical characteristics by varying the volume fractions of the constituent phases, their distribution, morphologies and grain sizes. The dominating factor affecting the mechanical behavior of DP steels is the hard phase fraction. Throughout the investigations of our working group, ferrite-martensite DP steels were studied with the aim of providing an understanding of the effect of varying the martensite volume fraction (MVF) on their tensile properties. Varying the MVF was achieved by intercritical annealing at different temperatures. The research team adopted a systematic approach of selecting the intercritical annealing temperatures based on three successive steps, namely, dilatometry, thermodynamic calculations and salt bath heat treatment. It can be stated that the accuracy of predicting the MVFs using thermodynamic-calculations is adequate up to a value of 0.3, which corresponds to intercritical annealing at 780 °C. Above this annealing temperature, the MVFs were significantly lower than the predicted ones. On the other hand, the phase fractions calculated from the dilatometric curve radically deviate from the actually measured MVFs. The ultimate and yield strengths increased linearly by increasing MVF. The authors reported that increasing the MVF result in softening the martensite phase; however, this softening has an insignificant effect on the strength of the DP steel. Nevertheless, the uniform elongation and total elongation are appreciably affected by martensite softening and therefore non-linearly decreased with increasing MVF.

Another characteristic highlighting DP steels is its excellent bake hardening (BH) response. This important characteristic enables the DP steels to attain good formability during part production, while the strength improves during the paint baking stage. This strengthening is due to locking the dislocations by carbon atoms. The authors reported a two-step increase in the yield strength (two plateaus of BH-response) with increasing baking time. The initial increase is attributed to pinning of dislocations by carbon atoms, i.e. the formation of a Cottrell atmosphere, while the second strengthening stage is due to carbide-precipitation at the dislocations. The BH-response attained in the second strengthening stage decreases when prolonging the baking time (over-aging). The authors concluded that, under constant BH-conditions, the BH-response is insignificantly affected by varying the MVF between 0.22 and 0.39. Yet, the BH-response decreases by increasing MVF to 0.86 and decreasing it to 0.17. The values attained in the lower plateau (P1) of the BH-response significantly increases by increasing the pre-straining value of the DP-steels; however, the values of the upper plateau (P2) are negatively affected by the pre-strain increase. On the other hand, increasing the baking temperature accelerates the strengthening-kinetics without affecting the characteristics described above.

Based on the experimental results developed by the research group of Prof. Dr.-Ing. Heinz Palkowski at Clausthal University of Technology, the research group of Prof. Dr. Ernst Kozeschnik at TU Wien introduced a physical model treating all metallurgical phenomena as coupled processes. This model introduces a new concept for over-aging, relating it to the diffusion of C atoms from ferrite to martensite. The diffusion takes place owing to the gradient in the chemical potential at the interface between the two phases and results in partial dissolution of the formed Cottrell atmosphere/carbide precipitates. The simulated yield strength evaluation during baking showed a good matching with experimental results. 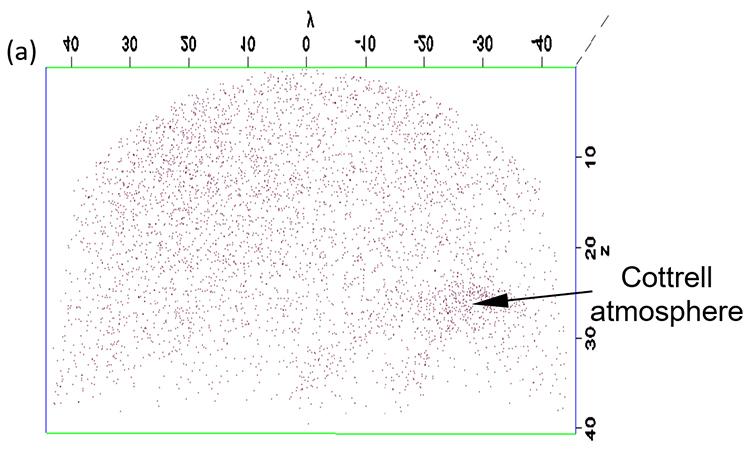