Asymmetric transmission of acoustic and elastic waves has been extensively researched owing to their significance in the realization of direction-dependent energy flux. Nonetheless, the practical application of asymmetric transmission has not been fully achieved due to several inherent challenges such as signal distortion, large-volume structures, and insufficient transmission amplitude. Metasurfaces that are analogous to two-dimensional metamaterials have been recently identified as a promising solution for achieving efficient wave manipulation and asymmetric wave control. For instance, pioneering works successfully reported asymmetric acoustic transmission based on single-layer lossy passive metasurfaces. However, the effects of attenuation of the transmitted sound waves due to losses still need to be addressed.

Recent studies revealed that efficient asymmetric wave transmission could not be fully achieved by only depending on the integer parity. Therefore, increasing the signal transmission in an undistorted one-way manner is highly desirable. However, the realization of undistorted one-way performance still remains a big challenge. In an effort to solve the above problems, Prof. Bing Li at Northwestern Polytechnical University, Prof. Yongquan Liu at Xi’an Jiaotong University in collaboration with their colleagues Prof. Meiying Zhao, Yabin Hu (Ph.D. student), Guangyuan Su (Ph.D. student) and also the researchers from Peking University: Prof. Zheng Li and Dr. Jianlin Chen presented an experimental investigation of undistorted asymmetric transmission of elastic waves in thin plates with lossless metasurfaces. The study was inspired by the promising results of the integer-parity characteristics of acoustic metasurfaces. Their work is currently published in the journal, Physical Review Applied.

In their approach, a generic framework that required no active components or complex designs was utilized to experimentally demonstrate the undistorted asymmetric performance. Particularly, the robust asymmetric performance was verified within a frequency range of 13 – 16 kHz. The authors also investigated the effects of loss, frequency, and incidence angle on the robustness of the asymmetric behavior of the transmitted elastic waves. The feasibility of the presented approach was validated by comparing the experimental results to those reported in the previous loss-induced strategies.

Results showed that the asymmetric transmission behavior could be manipulated by tuning the multiple reflections of different diffraction orders on either side of the incident angles. Unlike the previously reported loss-induced metasurfaces that attenuated the transmitted waves on both sides, the presented design reported nearly a total transmission on one side and a total reflection on the other side, thus achieving a higher transmission contrast ratio. It also enabled capturing of the waves induced by multiple reflections on higher-modes in the elastic metasurface. Moreover, they also reported the robust asymmetric behavior within a broad range of incidence angles, and with respect to the loss effects and a frequency range of 13 – 16 kHz. This was attribute to the fact that asymmetric is loss-independent.

In summary, the study reported the development and experiment demonstration of a generic framework, based on lossless oddness-induced elastic metasurfaces, for undistorted asymmetric elastic wave transmission over a broad range of incident angles and broad frequency band. The presented design outperformed the previously reported loss-induced metasurface designs. In a statement to Advances in Engineering, Prof. Bing Li and Prof. Yongquan Liu said that the study will enable the design of advanced compact directional devices to transmit different waves.

Dr. Bing Li is currently an associate professor in the School of Aeronautics at Northwestern Polytechnical University. He conducted his Post-Doctoral training in 2015-2018 at The University of Akron (Akron, US). He obtained his Ph.D. in the College of Engineering at Peking University (Beijing, China) in 2015. He received his Joint-Supervision Ph.D. training in the School of AMME at The University of Sydney (Sydney, Australia) in 2013-2014. His primary research interests lie in the field of dynamical responses of advanced composite structures and elastic/mechanical metamaterials/metasurfaces. 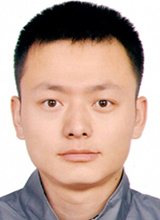 Dr. Yongquan Liu is currently an associate professor at School of Aerospace Engineering, Xi’an Jiaotong University. He received his B.Eng. degree in Engineering Mechanics at Harbin Engineering University in 2010, and the Ph.D. degree in Solid Mechanics at Peking University in 2015. From 2013 to 2014, he went to School of Aeronautics and Astronautics at Purdue University for one year, as a joint Ph.D. student. He went to work in School of Physics and Astronomy at the University of Birmingham from 2016 to 2018. Then he worked as a research associate at the Hong Kong University of Science and Technology in 2018. His primary research interests focus on the wave propagation and vibration in complex solids, especially in acoustic/elastic metamaterials. 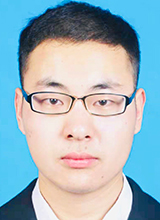 Mr. Yabin Hu is currently a Ph.D. candidate in the School of Aeronautics at Northwestern Polytechnical University. His primary research topic is elastic wave manipulation based on elastic/acoustic metasurfaces/metamaterials.

Dr. Zheng Li is currently a full professor in the department of mechanics and engineering science at Peking University. She received her BS, MS and PhD degrees from Peking University, Beijing, China. Her research interests include nondestructive testing and structural health monitoring methods, tunable metasurface/metamaterial designs, and mechanical behavior of advanced materials. She has published over 100 research articles in the prestigious journals and has presented her work at a number of renowned conferences around the world.