Most industrial establishments and scientific laboratories require the use of harsh environment gas sensors. In such setups, the operating environments for the sensors can be as high as 400 °C, which, solely (or associated with high pressure and/or severe vibration) will disqualify most room temperature gas sensing materials such as polymers, biofilms, and quartz, as candidates for harsh environment gas sensors due to degradation and unrecoverable damage to their functionality. Currently, there are very few materials that can withstand the tortures of high or ultra-high temperatures without damage or oxidation. As a result, research has focused on metal oxides and piezoelectric crystal resonators for high temperature gas sensing as they are either oxidized or stable at high temperature. To be specific, high temperature piezoelectric materials such as langasite (LGS), langatate, have attracted researchers’ attention due to their outstanding high temperature performance. Nevertheless, the LGS resonators have some inherent shortfalls; for instance, they are too bulky to be integrated with outer read-out circuits. Therefore, there is a strong demand for miniaturized LGS micro-electromechanical systems (MEMS) resonators with high sensitivity for in situ real environment gas sensing.

Previous studies showed that such a system has been developed; however, the sensitivity of the LGS gas sensor is still incompatible with other existing gas sensors, despite it being optimized. Fortunately, this can be overcome by introducing an extra sensing layer to capture more gas molecules and thus increase the mass of the adsorbed gas. In this view, researchers from the University of North Texas, USA: Dr. Chen Zhang, Dr. Abhishek Ghosh and Professor Haifeng Zhang together with Dr. Wei Jiang and Dr. Guoan Wang at the University of South Carolina and Dr. Felix Wu at the US Department of Energy, proposed the idea of incorporating metal nano oxides, i.e. ZnO nanorods, as the extra sensing layer to overcome the aforementioned shortfalls, in the harsh environment (high temperature) gas sensing applications. Their work is currently published in the research journal, Smart Materials and Structures.

In their approach, the miniaturized LGS MEMS micro-cantilever beam with one end fixed to the substrate was firstly structured by wet chemical etching. Afterwards, the LGS MEMS micro-cantilever beam was deposited with ZnO nanorods. The fabricated sample was firstly tested at different temperatures to determine the optimum operating temperature, and then tested by monitoring CO2 gas concentration in air, N2, and a mixed gas environment.

The authors reported that in comparison to other major resonator-based gas sensors, the proposed ZnO-enhanced LGS MEMS micro-cantilever beam gas sensor displayed commendable gas sensing sensitivity in terms of the resonant frequency drift of the LGS MEMS resonator. Further, they noted that the nature of the cross-sensitivity of ZnO nanorods could be explicitly addressed by PCA technology, where important features could be extracted to distinguish different gas species and/or concentrations.

In summary, the study presented the design and fabrication of a miniaturized LGS MEMS micro-cantilever beam resonator that could be adopted for harsh environment gas sensing applications. Generally, the approach employed involved deposition of ZnO nanorods chemically on the resonator surface. Remarkably, the proposed MEMS LGS resonator can be utilized for harsh environment applications where high temperature can hamper most room temperature gas sensors. In a statement to Advances in Engineering, the authors highlighted that if combined with appropriate machine learning technology, the proposed gas sensor can be a good alternative to expensive, bulky gas chromatography devices. 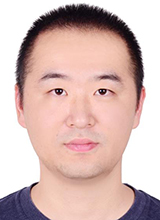 His current research interests include RF/microwave components and circuits, microelectromechanical systems sensor design, surface micromachining process, and signal/power integrity. Mr. Jiang was a recipient of the IEEE MTT-S International Microwave Symposium Ph.D. Sponsorship Initiative in 2015. He is currently a reviewer for the IEEE MICROWAVE AND WIRELESS COMPONENTS LETTERS and the IEEE MAGNETICS LETTERS.

Abhishek Ghosh received his Ph.D. degree in Materials Science at Indian Institute of Technology, Kharagpur, India, 2018. Besides, he received M.Tech and M.Sc in Material Science and Physics from National Institute of Technology, Durgapur, and Vidyasagar University, India in 2009 and 2011. He is a former postdoctoral fellow at the University of North Texas, USA and currently working as a postdoctoral research associate at the department of Biomedical Engineering, University of Michigan, USA. H

is current research interests include photoionization detectors, and micro-gas chromatography. Additionally, he is expertise in metal oxide based gas sensors, thin films, and SAW gas sensors. 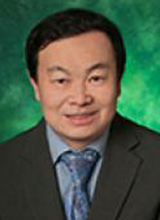 Haifeng Zhang received his Ph.D. degree in Engineering Mechanics, University of Nebraska (UNL), Lincoln, NE, August 2007. He is a Professor at the department of Mechanical Engineering, University of North Texas, Denton, Texas, USA.

Guoan Wang received his Ph.D. in Electrical and Computer Engineering from the Georgia Institute of Technology in 2006. He is currently an Associate Professor and Graduate Director in the Department of Electrical Engineering at the University of South Carolina.

Dr. Wang was an associate editor of IEEE Microwave and Wireless Components Letters, a guest editor for IEEE Access, and currently is an associate editor for International Journal of RF and Microwave Computer-Aided Engineering and a guest Editor for Frontiers in Physics. He is a member of Technical Coordinating Committee for IEEE MTT RF MEMS and Microwave Acoustics Committee (MTT-6) and IEEE MTT Microwave Control Techniques Committee (MTT-13). He has been served in Steering Committee, Technical Program Committees, and as session chairs of many IEEE conferences include International Microwave Symposiums and IEEE Antennas and Propagation Symposium.

Go To Smart Materials and Structures