In order to suffice the demand for energy saving applications and avert mechanical property degradation, it has been seen necessary to suppress the energy consumed in the bending process. An enormous heat input is required for bonding, especially for aluminum alloys, since localized heating has proven to be difficult to achieve for such metals possessing high thermal diffusivity. Consequently, considerable interest in developing a bonding technique without external heat source is inevitably mounting since it will facilitate the control of energy to form functional joint. Researchers are keen on the self-propagating formation reaction since it is among the few that utilize the inherent energy of materials. However, several critical problems including: formation of large pores in the joint and the fact that one of the bonding temperatures should be raised close to the melting temperature of the reactant/bonding material, have been detected in the bonding technique using mixture of powders.

A team of researchers at Osaka University, Tomoki Matsuda and colleagues proposed a study on a bonding concept based on a multiple reaction that combine formation and thermite reactions thereby forgoing the requirement for bonding temperature rise. The researchers aimed at demonstrating the room-temperature bonding of aluminum alloy utilizing multiple reactions without any external heat source. Their research work is now published in Materials and Design.

The researchers begun by preparing the titanium and boron mixtures as reactants for the formation reaction. For the oxidation reduction reaction, they prepared aluminum and copper oxide powders. A tri-layer structure composed of aluminum/copper oxide as the two external layers and titanium/boron as the internal layer was then prepared. The team then conducted x-ray diffraction tests so as to investigate the structure of the composites formed during the multiple reaction. Disposition and dimensions of the specimen consisting of a compact disc between the lower and upper aluminum/magnesium cylindrical samples were taken. Eventually, the ignition of the bonding reactions was carried out by capacitor discharge on the aluminum/copper oxide layer.

The authors also observed that Firstly, thermite reaction of aluminum/copper oxide was preferentially driven due to the lower activation energy than titanium diboride formation reaction. Subsequently, the exothermic heat was observed to induce the drive of formation reaction and melting of the base metal and the joint layer. They also noted that the multiple reaction led to a compact joint layer with a very low porosity, in contrast to joints formed only by a formation reaction. In totality, from the analysis of shear tests it was seen that fracture occurred in regions at the metal base/joint interface where alumina particles were segregated.

The room-temperature bonding of aluminum alloy with no external heat source and using a multiple reaction comprising of the thermite reaction of aluminum-copper oxide and formation reaction of titanium-boron has been successfully achieved in their study. The research team concluded that the addition of the thermite reaction not only enhances the formation reaction reactivity but also fills the pores that unavoidably form in the conventional process. Therefore, the distribution of products is responsible for the joint strength, revealing the improvement by appropriate reactant design. 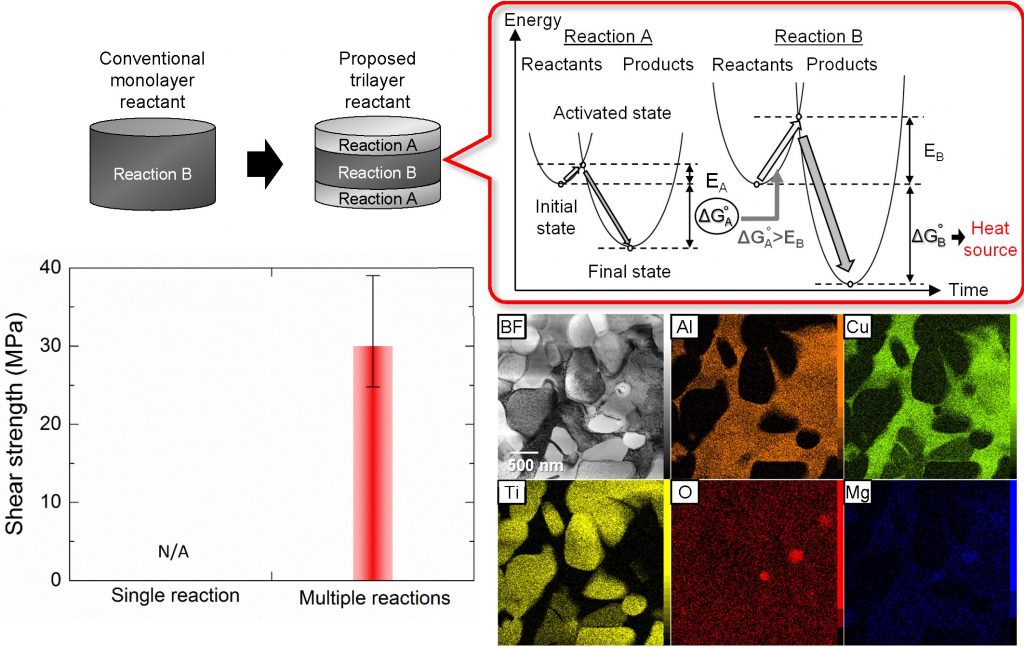 Tomoki Matsuda, obtained his PhD in engineering from the Osaka University, Japan. Currently, he is working as an assistant Professor in the Division of Materials and Manufacturing Science, Graduate School of Engineering, Osaka University (Japan). His research is focusing on the development of bonding process to design the interfacial structure appropriate for materials joints.

Tomokazu Sano, obtained PhD in engineering from Osaka University in 2004. Currently serve as an associate professor at Division of Materials and Manufacturing Science, Graduate School of Engineering, Osaka University (Japan). His interests include the laser processing for functionalization of materials utilizing femtosecond laser pulses.

Akio Hirose, obtained PhD in engineering from Osaka University in 1986. Currently serve as a full professor at Osaka University (Japan), Graduate School of Engineering, Division of Materials and Manufacturing Science. His interests are wide from development of multi-material processing to application of nano- and micro-joining on the basis of fundamental research.

Go To Materials and Design 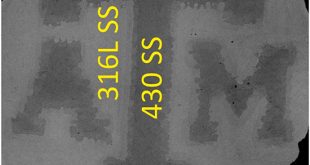