Tsunamis are ocean waves triggered by large earthquakes that occur near or under the ocean, volcanic eruptions, submarine landslides, onshore landslides in which large volumes of debris fall into the water. Over the years, tsunami simulation models have been well validated against wave height and runup; nonetheless, comparisons with speed data are less common. The impact caused by the strong currents that typically accompany a tsunami is of key importance in ports, bays, and harbors. As model results are increasingly used to estimate damage to coastal infrastructure, understanding the accuracy and precision of speed predictions becomes of undeniable importance. In order to produce accurate and consistent maritime hazard products, the National Tsunami Hazard Mitigation Program (NTHMP) in its FY13-17 Strategic Plan included the requirement of the Mapping and Modeling Subcommittee (MMS) to evaluate NTHMP-benchmarked models for current predictions. Since then, several models have been probed both using laboratory experimental data and field observations. In particular, the model Tsunami-HySEA has undertaken this benchmarked approach together with a, pioneering in tsunami modelling, implementation in multi-GPU architectures. This has led to the development of a code which is about two orders of magnitude faster in comparison with the same model coded for a single CPU. This hardware/software combination is a game changer that has captured the attention of tsunami researchers and warning centers worldwide.

Tsunami-HySEA model has enabled low budget centers to compute with their own computational resources. In fact, up until now, there were no real-time computational approaches applied to TEWS; therefore, Tsunami-HySEA model represents a completely novel approach in this field. Nevertheless, the new numerical model implemented has to be validated and verified. On this account, researchers from the University of Malaga in Spain: Professor Jorge Macías, Professor Manuel   Castro and Dr. Cipriano Escalante performed the five numerical benchmarks proposed in the “NTHMP/MMS Benchmarking Workshop: Tsunami currents”, using the novel Tsunami-HySEA model. Their work is currently published in the research journal, Coastal Engineering.

In their approach, the benchmarks considered were those proposed by the NTHMP. The team presented the most exhaustive numerical study with a NLSW model for the BP1 as different numerical schemes, boundary conditions, friction parameterization, and sensitivity to the friction coefficient were evaluated. Overall, the team presented the first implementation of dispersion in the Tsunami-HySEA model.

The authors reported that benchmark 1 appeared to be the most difficult one of all for non-linear shallow water (NLSW) models due to its high sensitivity to parameters and the very complex wake structure occurring behind the submerged island. Remarkably, for the rest of the benchmark problems, a good fit was obtained with measured data. The recently implemented dispersive version of the Tsunami-HySEA code have been fully benchmarked for propagation and inundation, first, and now for tsunami currents, representing a new operational tool for tsunami modeling and hazard assessment.

In summary, the study included three benchmark problems dealing with laboratory data, namely: BP1 (truncated submerged circular cone), BP4 (Seaside, Oregon, city building model), and BP5 (solitary wave over a complex shelf) when using the Tsunami-HySEA model to perform numerical benchmarks proposed in the “NTHMP/MMS Benchmarking Workshop: Tsunami currents”. In a statement to Advances in Engineering, Professor Jorge Macías mentioned that based on their validation exercise, the Tsunami-HySEA model performed well in all benchmark problems proposed, with the most difficult one being the first test. 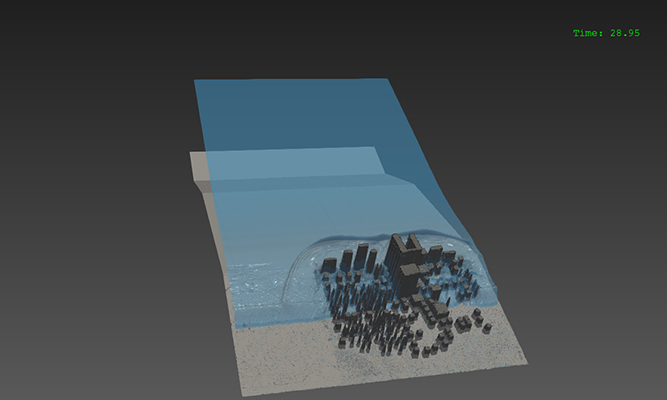 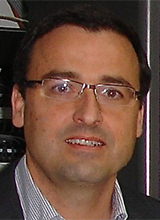 PhD in Mathematics from the University of Malaga (1998) and PhD in Numerical Analysis from the University of Paris VI (1998). From the very early stages of his scientific career he oriented towards oceanographical problems at the Spanish Institute for Oceanography (IEO) and at the Laboratoire d’Oceanographie Dynamique et de Climatologie (LODYC, Paris VI, France, currently renamed as LOCEAN). He works in his PhD thesis in the IEO and the Centre Européen de Recherche et de Formation Avancée en Calcul Scientifique (CERFACS, Toulouse, France). He started teaching at the University of Málaga (UMA) as assistant professor in 1995 before gaining a permanent position at UMA in 2001.

Since 2015 is member of the Spanish Delegation at ICG/NEAMTWS, UNESCO and expert in its WG1 on Tsunami Modeling, and since 2014 participates as invited expert in the WG2 of the ICG/CARIBE-EWS on Tsunami Modeling and Simulation. Currently is also ad honorem professor at the University of Puerto Rico, Mayagüez. 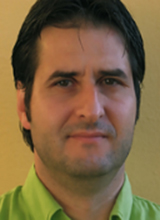 He has published more than 100 works, most of them in top rated journals on Numerical Analysis, Computer Science and Geophysical applications. He has been plenary/invited lecturer in several top-rated Spanish and international Numerical Analysis conferences: XI EHF 2004, XXI CEDYA 2009, XXIV CEDYA 2015, NUMHYP 2013, ECMI 2014, and he has been invited as lecturer of sections 15 (Numerical Analysis and Scientific Computing) and 18 (Mathematics in Science and Technology) of the last ICM 2018. In 2008 he was awarded with the ECCOMAS J.Lions Lions Award to Young Scientists in Computational Mathematics. 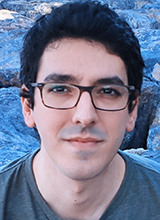 PhD in Mathematics from the University of Málaga (2018). Since 2014, he has held various teaching positions at the Universities of Málaga and Córdoba. He has been awarded for the results obtained during his PhD in a few conferences (NUMHYP 17, Valencia Nummérica, ECCOMAS PhD Olympiad), and by SeMA for the Best PhD Thesis in Computational Methods in Science and Engineering (2019).

His scientific career revolves around the numerical solution of PDEs and their mathematical applications, focusing on modelling geophysical flows and the efficient implementation of their numerical methods. 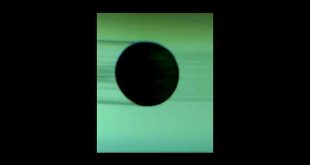