The current climate change policies are geared towards creating low carbon and sustainable economy. Promoting the use of renewable feedstocks as one way of reducing the overdependence on fossil fuels is one of the most effective and important strategies for realizing a low-carbon economy. Among the available renewable feedstocks, woody biomass has drawn substantial research attention for potential application in bioconversion processes. To this end, the industrial application of woody biomass is projected to grow in the next decade.

The cell wall of woody biomass is mainly composed of cellulose, hemicellulose and lignin. Enzymatic hydrolysis of cellulose is a common method for converting biomass feedstocks into chemicals and fuels. However, it requires pretreatment to achieve the efficient conversion due to its complex and intricate 3D structure. Steam, one of the most effective pretreatment methods, is unsuitable in this case since the presence of lignin degrades the enzyme-mediated cellulose hydrolysis. While lignin removal could improve cellulose hydrolysis, it is extremely expensive and not economically viable for commercial purposes. Thus, research has shifted to relocating or modifying lignin as a cost-effective method for improving cellulose hydrolysis. Lignin redistribution, for instance, can alleviate the negative effects of lignin without delignification, while incorporating sulfonic and carboxylic groups can improve lignin hydrophilicity.

Recent findings revealed that alkaline sulfonation and mild refining could improve the hydrolysis of pretreated softwood chips due to the partial modification/delignification of the lignin structure. Consequently, while mechanical pulping is characterized by little delignification, fiber pattern varies depending on the method used and fibers can be separated at different morphological regions. Therefore, enhancing enzyme hydrolysis and the effects of pretreated softwood chips requires a thorough understanding of lignin modification/delignification topochemistry during alkaline sulfonation, which is still poorly understood.

On this account, Dr. Masatsugu Takada, Dr. Jie Wu, Dr. Pablo Del Rio and Professor Jack Saddler from the University of British Columbia (UBC) in collaboration with Professor Haruo Kawamoto from Kyoto University studied the pretreatment of softwood chips and pellets by alkali sulfonation followed by thermomechanical pulping and its corresponding influence on lignin modification/delignification. The effects of steam treatment and liquid hot water pretreatment approaches on enzyme-mediated hydrolysis of the cellulose was also evaluated. Their work is currently published in the research peer-reviewed journal, Sustainable and Energy Fuels.

The research team showed that alkaline sulfonation followed by thermomechanical treatment incorporated acid groups onto the lignin component, thereby improving the enzyme-mediated hydrolysis of the component. Steam treatment was more suitable for softwood chips, while liquid hot water pretreatment was more suitable for pellets. As shown by the UV microscopy and SEM images, one consequence of pretreatment of chips was their delamination at the middle lamella, resulting in gaps within the secondary wall. These gaps, which were likely induced by the rapid pressure release, resulted in improved hydrolysis and cellulose accessibility.

In summary, UBC scientists demonstrated the possibility of enhancing enzyme-mediated cellulose hydrolysis of softwood chips and pellets through lignin modification and redistribution in the cell wall. The pellets pretreated by both liquid hot water and steam treatment experienced more cell wall destruction than delamination due to the more condensed nature of the lignin structure. Additionally, both pretreatments were characterized with lignin redistribution as well as modification of the cell wall structure. In a statement to Advances in Engineering, first author Dr. Masatsugu Takada stated that their findings would promote efficient conversion of biomass feedstock into chemicals and fuels for industrial applications. 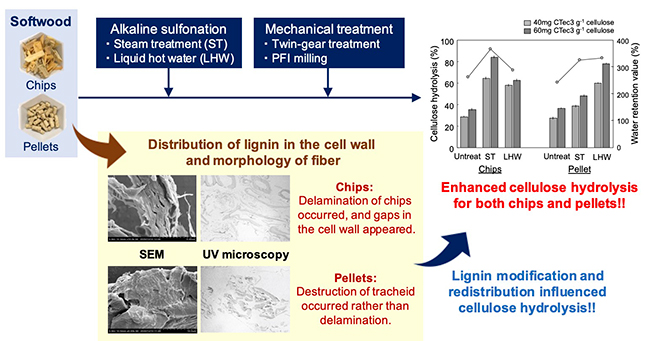 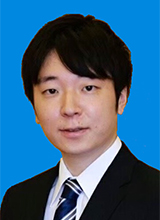 Dr. Masatsugu Takada was received the doctoral degree of Energy Science from Kyoto University, Japan in 2017. After one year postdoc at Kyoto University, and two-year postdoc at the University of British Columbia, Canada, he had worked at Kyoto University as a Program-specific assistant professor. Then he moved to Tokyo University of Agriculture and Technology as an assistant professor from 2022. His research interest includes the conversion of biomass cell wall component into valuable materials. Especially, the delignification (lignin removal) behaviors from woody biomass cell wall during thermochemical treatments has been investigated from the viewpoint of topochemistry.