Frescoes are famous sacred religious paintings widely used in medieval Europe before the advent of oil paintings. Slaked lime comprising mainly of calcium hydroxide is commonly used as white wall material for both modern and historic buildings sidings worldwide. Though slaked lime water was mostly used for religious purposes, it represented something else in some countries. In Japan, for example, slaked lime plaster symbolized political power. Fresco painting on wet slaked lime plasters involves using natural pigments followed by the gradual formation of calcium carbonate coating on the pigments at the plaster surface, which lasts for decades to hundred years.

Although frescoes are a well-known part of historical heritage, fresco painting is rarely used as a general method for art painting due to three main limitations. First, it requires a lot of time, usually many decades or even hundreds of years, for complete carbonation to occur. Second, the relatively low mechanical strength of the slaked lime plasters used as based materials hinders their widespread application. Third, the peeling of the pigments before the formation of carbonate coating due to the weak chemical bonding between the plaster and the pigments remains a problem. Current research has focused on understanding the underlying formation mechanism of the natural fresco and how it could be achieved within a short period. Recent studies have focused on cold sintering of ceramics and hardening of calcium carbonate with water under near room temperature and high pressure, which have not provided the desired outcomes.

The researchers demonstrated the feasibility of the proposed approach for the rapid fabrication of frescoes within a short time. The supercritical treatment of the carbon dioxide alone in the first sample was not sufficient to immobilize the red pigment. Thus, the applied color to the base of the slaked lime plaster was easily peeled off after the emery rubbing test. Though the pigment in the second sample was immobilized using either the calcium carbonate or calcium hydroxide coating, the pigment color turned whitish due to the insufficient translucent nature of the coating material. For the third sample, when a mixed pigment comprising red pigment to calcium hydroxide in the ratio 1:10, the resulting pigment was adequately covered with calcium carbonate coating, similar to that observed in the production of natural frescoes.

In summary, the authors evaluated the feasibility of geomimetic ceramic forming technique for rapid fabrication of frescoes within a short period. They succeeded in fabricating dense bodies of geopolymers, calcium carbonate and calcium hydroxide, enabling rapid frescoes fabrication via hardening of calcium carbonate and calcium hydroxide using warm press method. Comparing the three samples, the pigment color of the final sample was much brighter and reassembled than that of natural frescoes. In a statement to Advances in Engineering, Dr. Keitaro Yamaguchi, first author of the study said their findings contribute to the rapid production of artificial frescoes with similar properties as natural frescoes. 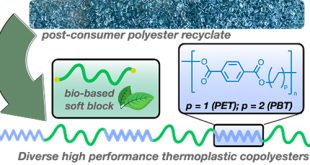