Microwave imaging is an important technology for detecting defects and malfunctions that cannot be directly observed. Generally, the characteristics of the defect: shape, location size, and material properties are determined through an inverse scattering method based on measured scattered parameters data taking into consideration the influence of the dipole antennas. Despite its numerous applications, the inverse scattering problem is faced by several challenges such as the nonlinearity and ill-posedness. This has led to the development of various inversion techniques and associated computational methods.

They are mostly based on the iteration scheme and have exhibited great potential for determining the characteristics of the unknown targets. However, the iteration procedure involves various considerations e.g. calculation of Frechet derivative, selection of proper regularization, and a good initial guess close to the target that must be met to guarantee the success. Considering the possibility of errors involves, developing efficient algorithms for obtaining the target characteristics is highly desirable.

Recently, non-iterative techniques such as MUltiple SIgnal Classification (MUSIC), direct and linear sampling methods, topological derivative, and subspace and Kirchhoff migrations have emerged as a potential solution to the inverse scattering problem. However, they are unsuitable for most real-world applications where the transducer and receiver share the same location because the measured data are cannot be handled. To this note, researchers have been looking for alternative imaging algorithms. In a recent study, direct sampling method has been developed to identify the location of the dielectric anomaly from scattered parameters collected by a small number of dipole antennas but the imaging performance was poor. Throughout several studies, it turned out that subspace migration is very effective non-iterative imaging technique in inverse scattering problem but for real-world imaging of an anomaly from scattering parameter data collected by a small number of the dipole antennas, it has not been studied satisfactorily.

To this note, Dr. Won-Kwang Park from Department of Information Security, Cryptology, and Mathematics at Kookmin University in South Korea considered mathematical structure of imaging functions of subspace migration with and without the diagonal elements of the scattering matrix. The main objective was to enhance the accuracy of the results by limiting the effects of the antennas only to one side of the diagonal elements. Additionally, a relationship between the location and number of the dipole antennas, the wavenumber value and the infinite series of the Bessel function was established to analyze the imaging functions mathematically. This was based on the Born approximation in the presence of small anomaly and physical factorization of the scattering matrix in the presence of an extended anomaly. Eventually, the performance of the traditional and designed imaging functions was compared and contrasted. The work is published in the journal, Mechanical Systems and Signal Processing.

Dr. Won-Kwang Park reported that the designed imaging functions were far much better than the traditional counterparts. This was attributed to the revealed imaging function properties and limiting the effects of the antennas only to the diagonal elements of the scattered matrix. Besides, the authors determined the shapes of the small anomalies by imaging function without the diagonal elements of the scattering matrix. To actualize the study, a microwave imaging technique without the diagonal elements in the scattered matrix was used to evaluate the effects of the anomalies alone. Interestingly, good results were obtained at a low computational cost even though with some limitations such as the inability to completely determine the shapes of the anomalies. This calls for further improvements in the algorithm design for better results in real-world applications. Such improvements may make the proposed method viable in niche applications, probably in microwave imaging.

His research interests include development and analysis of fast reconstruction techniques in inverse problems and Microwave imaging. 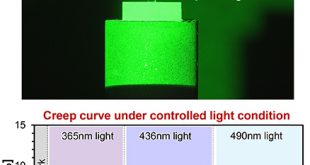