Materials have been subjected to ultra-low temperatures -a process known as deep cryogenic treatment- to optimize their microstructures for enhanced properties and performance. Taking advantage of improved cryogenic technology and test methods, this process has been successfully extended to both nonferrous and compound materials. The deep cryogenic treatment process has attracted significant research attention as it is critical in determining the outcome effects. Researchers have accepted the general view that when integrated with traditional heat treatment processes, it results in superior performance. For instance, quenching-partitioning-cryogenic-tempering treatment have improved mechanical properties of steels. However, deep cryogenic treatment combined with inter-critical quenching has not been fully explored in the literature.

To bridge the existing research gap, Zeju Weng (PhD candidate), Dr. Kaixuan Gu, Dr. Kaikai Wang, Xuanzhi Liu ( Master degree candidate), and Professor Junjie Wang from Technical Institute of Physics and Chemistry investigated the effects of a combination of deep cryogenic treatment and inter-critical quenching on the microstructure and mechanical properties of 30CrMnSi alloy steel, particularly strength and toughness. Prior to deep cryogenic treatment, initial states of microstructure were obtained through quenching treatment conducted at different austenitizing temperatures of 780 °C, 820 °C, and 900 °C. Furthermore, they investigated the influence of different treatment and the underlying mechanisms were examined through various characterization methods like scanning electron microscopy. The work is published in Materials Science and Engineering: A journal.

Results findings supported the claim that a combination of deep cryogenic treatment and traditional treatments such as quenching and tempering improve the overall effects on the properties and performance of the steel material. However, it was worth noting that the treatment efficiency depended on the austenitizing temperature and execution order of deep cryogenic treatment and tempering. At all the three temperatures, for instance, the impact toughness of the 30CrMnSi steel alloy was improved when quenching and tempering were conducted first followed by deep cryogenic treatment. However, impact toughness and tensile strength were respectively enhanced by quenching-tempering-cryogenic and quenching-cryogenic-tempering at a temperature of 780 °C. It is interesting that both impact toughness and tensile strength were improved by quenching-tempering-cryogenic treatment at an austenitizing temperature of 820 °C, which also presented a slight increase in micro-hardness and no obvious reduction in ductility. At an austenitizing temperature of 900 °C, no evident change was observed in the tensile strength of the specimen even though a slight increase in the ductility was reported for quenching-cryogenic-tempering.

Based on the microstructural characterization, deep cryogenic treatment exhibited effects on the morphology and refinement of strip ferrite and lath martensite. Ferrite refinement was largely evident at an austenitizing temperature of 820 °C for quenching-tempering-cryogenic sequence. This further led to carbides precipitation in the ferrite matrix due to lattice contraction of the martensite and the increase of nucleation energy under cryogenic temperature.

In summary, the study investigates the effects of a combination of deep cryogenic treatment and inter-critical quenching on the properties and microstructure of structural steel alloy. The results, including the ferrite and martensite refinement and dispersion of precipitated stable carbide particles, significantly contributed to the simultaneous enhancement of strength and toughness of the 30CrMnSi alloy steel material. Dr. Kaixuan Gu, corresponding author explained that their findings will pioneer the development of a wide range of high-performance materials for numerous applications. 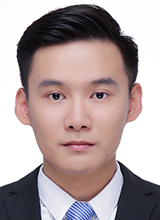 Zeju Weng is currently a PhD student at Technical Institute of Physics and Chemistry, Chinese Academy of Sciences under the supervision of Professor Junjie Wang. He received his M.A. degree in mechanical engineering at Xiamen University in 2019. His current research focus on the microstructure evolution and performance improvement by cryogenic treatment and its industrial application. He has co-authored four related peer-reviewed papers published in International Journal of Refractory Metals and Hard Materials, and Materials Science and Engineering A.

Kaixuan Gu is an associate research fellow in Technical Institute of Physics and Chemistry, Chinese Academy of Sciences. He received his B.E. degree from North China Electric Power University in 2009, and received his Ph.D. degree from the University of Chinese Academy of Sciences in 2014. He is engaged in the study of material modification by cryogenic treatment, and he is adept at using cryogenic treatment technology to modify various types of materials, and improve the product quality for industrial application.

Junjie Wang received his B.E. degree from Xi’an Jiaotong University in 1983 and then studied at Tsinghua University from 1984 to 1986. He has been working in Technical Institute of Physics and Chemistry for approximately 35 years, and he is the director of the Thermal Process and Energy Technology Research Center now. He has long been engaged in cryogenic refrigeration, cryogenic treatment of materials and advanced large-scale energy storage technology research.

In recent years, he has published more than 150 papers in journals such as Energy, Applied Thermal Engineering, Applied Physics Letters, Materials Science & Engineering A, Journal of Engineering Thermophysics, Cryogenics and Energy.

Go To Materials Science and Engineering