The applications of carbon fiber reinforced polymers (CFRPs) have increased tremendously over the past years due to their remarkable lightweight, corrosion resistance, and high strength properties. They can improve the strength and deformation capacity of concrete columns subjected to axial loading. When concrete is placed between a prefabricated FRP sheet and profiled steel, a new structure known as a concrete-encased-steel-filled FRP tube (CSFCT) is formed. CSFCT generally exhibit remarkable properties and are thus promising structures for a wide range of applications. Unfortunately, the stress lag phenomenon existing in most FRP-confined concretes makes their applications challenging. Specifically, the confining role of FRPs is only achievable when the concrete experiences sufficient transverse deformation. Moreover, crushing the concrete at an early stage makes it difficult to utilize the FRP jackets fully. This shows the importance of enhancing the ductility and comprehensive strength of concrete cylinders.

Previous research findings have established that using expansive concrete in fabricating FRP confined concrete columns can eliminate or minimize the stress lag problems more than ordinary concrete. Additionally, the internal structure of the confined expansive concrete plays a key role in improving the durability of the steel section of the concrete. Equipped with this knowledge, researchers at the Dalian University of Technology: Professor Qi Cao, Xianrui Lv (PhD candidate and Engineer Xiaojun Li, in collaboration with Professor Rongxiong Gao from the Huazhong University of Science of Technology and Professor Zhongguo John Ma from the University of Tennessee Knoxville, investigated the effect of self-stressing on comprehensive behavior of CSFCT subjected to axial compression loading. The main objective of this study was to improve the utilization rate of CSFCTs by eliminating the stress lag problem as well as the load capacity and ductility of CSFCT. Their work is currently published in the research journal, Structures.

In their approach, expansive concrete was used as core concrete in the test experiments. The concrete was poured between the steel section and the FRP. The prestress due to the expansion agent was applied to the self-stressing CSFCT cylinders. The key experimental parameters included the three CFRP layers, the steel section dimensions and the prestress. The authors specifically investigated the influence of these parameters on the mechanical behavior of the CSFCT cylinders subjected to axial compression. Additionally, the FRP layers and different steel section types on the mechanical behaviors of the specimen were studied and discussed in detail.

Results showed that, unlike the ordinary specimens, self-stressed specimens exhibited improved inflection load, intercept load and normalized ultimate load. The prestress in CFRP ranged from 204.62 to 508.88 MPa while that in concrete ranged 1.13 and 1.37 MPa, and they both exhibited a non-linear relationship with CFRP layers. Besides, their strain reduction factors were greater than that of the ordinary specimens, indicating the improved utilization rate of FRP due to the introduction of self-stress. Furthermore, the mechanical behavior of the specimen was slightly influenced by steel ratio, and the CFRP demonstrated efficient confinement effects on small steel cross-sections than large ones.

In summary, the experimental results of CSFCT cylinders subjected to monotonic axial compression loading and theoretical analysis of their compressive behavior were reported. Regardless of the prestress, the compression behavior of the columns improved with an increase in CFRP layers. The experimental results were in good agreement with the existing theoretical data. Therefore, an effective and accurate stress-strain model of CSFCT cylinders was developed. In a statement to Advances in Engineering, the authors explained that the study insights proved the feasibility and effectiveness of using expansive concretes in eliminating the stress lag problem and expanding the applications of CSFCTs. 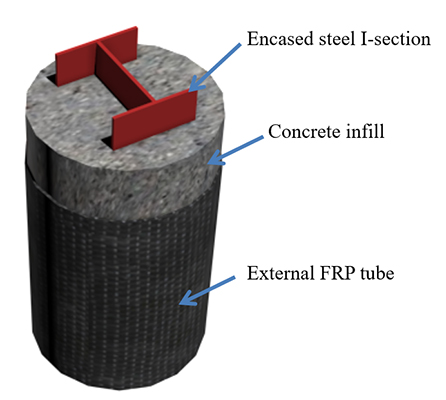 Qi Cao, Ph.D., Associate Professor in School of Civil Engineering, Dalian University of Technology, China. His main research interests include FRP reinforcement and rehabilitation in structures, high performance fiber reinforced cementitious materials, theory of reinforced concrete structures. He has published more than 70 journal papers, including about 50 SCI-indexed journal papers. He has hosted and participated in many national and international research projects.

Xiaojun Li is currently an engineer in the Central-South Architectural Design Institute Co., Ltd. (CSADI), China. He received the M.S. degree of Architecture and Civil Engineering from Dalian University of Technology in 2019. His master thesis topic is behavior of CFRP confined self-stressing concrete columns. 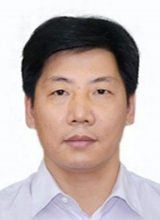