The authors considered an optical interferometer in which light from a single chaotic source, after being split in a beam splitter, propagated through two double-pinhole masks positioned in output channels of the beam splitter. The gap between the pinholes in each mask is such that the detectors positioned behind each mask could detect no first-order interference.

They considered the correlation between the photon number fluctuations at selected transverse positions of the detectors. This way, they were able to predict a spatial second-order interference, even with the pinholes in each mask separated by a gap larger than the transverse coherence length of the source. Interference occurs between two pairs of disjoint optical paths that are characterized by the two pairs of remote pinholes.

The information regarding the spatial structure as well as the relative position of the masks is encoded within the phase between the two pairs of interfering paths, irrespective of the distance between the source and the two masks. The authors demonstrated that this information could be retrieved in appropriate experimental scenarios. The precision of the measurement could be enhanced by altering a few experimental parameters instead of raising light frequency. This work has recently triggered the first experimental realization of this sensing technique for the characterization of two remote double pinholes (M. D’Angelo, A. Mazzilli, F.V. Pepe, A. Garuccio, and V. Tamma, Sci. Rep. 7, 2247 (2017)).

The team indicated how the proposed interference phenomenon can be also implemented to simulate quantum logic operations, even the Controlled-NOT gate, by following the proposal in V. Tamma and J. Seiler, New J. Phys. 18, 032002 (2016). These results have been recently verified experimentally (T. Peng, V. Tamma, and Y.H. Shih, Sci. Rep. 6, 30152 (2016)).

The contributions from any possible pair of paths of the thermal light field components to the two detectors lead effectively to the interference between two pairs of disjoint but correlated paths passing through a single pinhole per mask. In particular, the transverse gap between the pinholes in each pair is smaller as compared to the transverse coherence distance of the light source. However, this is not the case with the other possible path pairs, which cannot therefore contribute to the interference. This phenomenon is quite different from other second-order interference occurrence from multiple chaotic sources. Therefore, their work provided an insight of the physics of multi-path interference as well as spatial coherence.

The results of their study also indicated this spatial interference effect has potential applications for remote objects sensing without first-order coherence. 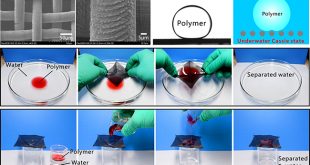