Several polymerization methods for the synthesis of polymeric materials are available. Among them, atom transfer radical polymerization (ATRP) techniques have been effectively used to synthesize both homopolymers and block copolymers with well-defined structure, composition and molecular weight. Considering the increasing call for environmental protection, the use of eco-friendly solvents during polymer preparation is highly encouraged thus attracting significant attention of researchers.

Previously, solvents were shown to have general impact on the environment, health, safety and overall cost of polymer production. As such, the use of efficient solvents with eco-friendly character is highly desirable. Alternatively, water which is highly used as a solvent in most of the industrial processes has been identified as a promising solution. Unfortunately, the impurities contained in water may lead to adverse effects on ATRP reactions. To this note, the use of untreated water as solvent has been identified as a promising candidate for enhancing the efficiency of the industrial ATRP processes.

In summary, Patrícia Mendonça and colleagues successfully presented the significance of using untreated water as polymerization solvent for the synthesis of water-soluble polymers by ATRP. Altogether, the study provides vital information that will pave way for the development of low-cost ATRP processes for large scale industrial applications.

Ana Maria Castilho is an Assistant Professor at the Department of Earth Sciences at the University of Coimbra (Portugal), where she has been teaching since 1994. She has a degree in geological engineering and completed her PhD in hydrogeology and water resources, at the University of Coimbra, in 2009. Her research focuses on hydrogeology, surface and groundwater interactions, hydrochemistry and environmental engineering. She published 8 peer-reviewed papers and 5 book chapters in the areas of Earth Sciences and Environment and Engineering and Technology and is a member of IAH, IWA and CGeo, a R&D multidisciplinary unit in the earth sciences domain. 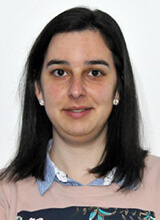 Her current research is focused on antimicrobial polymers and on the design of well-defined macromolecules by atom transfer radical polymerization.

Arménio C. Serra (born in 1964) studied biochemistry at the University of Coimbra (Portugal) and completed his doctorate in Organic Chemistry in 1998. His academic work started with the study of sulfonyl radical reactions, followed by the synthesis of porphyrin macrocycles to be used as photooxidation catalysts and in photodynamic therapy. Other areas of work included the synthesis of supported organic catalysts for carbon-carbon condensation reactions and carbon dioxide activation. Presently, he is professor at the Chemical Engineering Department of the University of Coimbra.

His research topics are centered on the study of controlled polymerization processes and the transformation of biomolecules in order to be used in material and health sciences. 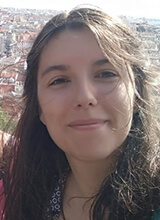 Patrícia Mendonça has studied chemical engineering and completed her PhD at University of Coimbra (Portugal) in 2015. During both PhD and postdoctoral research projects, she has conducted part of the work at Carnegie Mellon University under the supervision of Professor Krzysztof Matyjaszewski. In 2019 she became a junior research associate at the University of Coimbra, leading part of the team of the PolySyc research group at the Chemical Engineering Department.