Numerical investigation of vortex induced vibration of a circular cylinder for mass ratio less than 1.0

The occurrence of alternating vortex shedding in the wake region is a common phenomenon in offshore engineering. It is caused by passing a current through non-streamlined structures like subsea pipelines, piles and risers. It is often associated with vortex vibration as it causes fluid forces acting on the structure to exhibit periodic characteristics. A more important observation when the vortex shedding frequency is close to the structure frequency is that the structural vibration has large amplitudes, resulting in a significant reduction in the structure life.

Lately, vortex-induced vibration (VIV) of a single cylinder in a uniform flow has received considerable research attention owing to its perceived importance in engineering. While a number of studies on VIV problem have been carried out to investigate the vibration of different cylindrical and spherical shapes using different vortex-shedding models, most of these studies have focused on low Reynolds numbers. However, VIV involved in most ocean engineering applications are high Reynolds number problems.

An increasing number of studies have explored the VIV problem at high Reynolds numbers using various methods, such as direct numerical simulation and large eddy simulation, to solve the associated equations. Unfortunately, most of these studies focus on VIV with a mass ratio exceeding 1.0. With the continuous development of science and technology, engineering structures such as submerged floating tunnel have gradually emerged, for which the mass ratio of is less than 1.0. To date, there are very few studies, if any, that focus on VIV with a mass ratio below 1.0, which is the focus of the present work.

Herein, Professor Mingming Liu from Chengdu University of Technology together with Dr. Ruijia Jin from Tianjin Research Institute for Water Transport Engineering carried out a numerical investigation of VIV of a circular cylinder for a mass ratio less than 1.0. In their approach, the Reynolds Averaged Navier-Stokes equations (RANS) were solved with SST k–ω turbulent model closure to develop a new two-dimensional (2D) numerical model, which was utilized in this study. The sensitivity analysis of the grid in the proposed model was performed. Additionally, the fluid forces acting on the cylinder and the associated motion response were studied. Their research work is currently published in the journal, Ocean Engineering.

The authors demonstrated the effectiveness of the proposed numerical model in simulating VIV of circular cylinders under high Reynolds numbers. The vortex shedding behind the circular cylinder appeared very regular for cases with a mass ratio of 2.4, and somewhat irregular for those with a mass ratio of 0.7. However, the length of vortices of low mass ratio for largely reduced velocity was remarkably shorter than the mass ratio of 2.4. Cases with low mass ratios exhibited a larger root mean square of vibration amplitude and a corresponding reduction in velocity. For reduced velocities exceeding 3.0, however, the structure vibration amplitude was always large with no low branches. Furthermore, an increase in the reduced velocity larger than those for high mass ratio resulted in a more stable lift coefficient RMS and mean drag coefficient.

In summary, the research team developed a new 2D numerical model for investigating the VIV problem of circular cylinders by RANS. Overall, the findings revealed that the vibration amplitude and fluid force were significantly influenced by the mass ratio, especially in the regions experiencing the “lock-in” phenomena for circular cylinders with a mass ratio below 1.0. The numerical model was validated by comparing the numerical results with the experimental results published in the literature. The numerical results agreed well with the experimental results. In a statement to Advances in Engineering, Professor Mingming Liu and Dr Jin explained that their findings would contribute to accurate modeling of VIV of cylinders for a mass ratio below 1.0.

Dr. Ruijia Jin, associate researcher, deputy director of China-Indonesia Joint Research Center for Port Construction and Disaster Prevention, national youth position expert, and young chief scientist in ocean engineering of the Tianjin Research Institute for Water Transport Engineering, M.O.T., has been engaged in research in ocean engineering related fields. In recent years, he has presided over a number of national, provincial and ministerial level projects such as the National Natural Science Foundation Youth Program, the China Postdoctoral Science Foundation Program, and the National Key Experimental Open Fund Program. He has published more than 30 papers, including 16 SCI search papers, 2 invention patents and 2 utility model patents authorized by the first person to complete the research. He has won one first prize of Shandong Provincial Science and Technology Progress Award, three first prizes of China Water Transport Construction Association, one first prize of China Ocean Engineering Science and Technology Award, and one second prize of China Institute of Navigation.

Mingming Liu received the M.S. degree in Water Conservancy and Hydropower Engineering, Shandong Agricultural University, Taian, China, in 2009, and the Ph.D. degree in Port, coastal and offshore engineering, Dalian University of Technology, China, in 2016, respectively. He worked as a visiting fellow from 2014 to 2015 and a postdoctoral research follow from 2016 to 2019 in Western Sydney University, Penrith, Australia. He is currently a Professor of Chengdu University of Technology, the Specially Appointed Expert of Sichuan Thousand Talents Program, Sichuan Overseas High-Level Studying Talent.

His research interests include vortex induced vibration, computational fluid dynamics, local scour around pipeline, current/wave-structure interaction. He had published more than 40 papers, including 25 papers in SCI journals. He is the editorial Board Members of “Modern Subsea Engineering and Technology”. 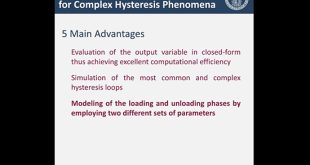